Russian opposition leader Alexei Navalny is recovering from the suspected assassination attempt last month faster than expected, one of his aides said Sunday.

Navalny, who collapsed on a plane from Siberia to Moscow on Aug. 20 and spent nearly three weeks in a coma, was discharged last week from the Berlin hospital where he was being treated. His doctors said that based on Navalny’s progress a “complete recovery is possible.”

“He is doing much better, I would say unexpectedly better," Leonid Volkov, Navalny’s chief of staff, told German broadcaster RTL. "I think the recovery is really faster than expected, and of course this is good news that makes us very happy.” 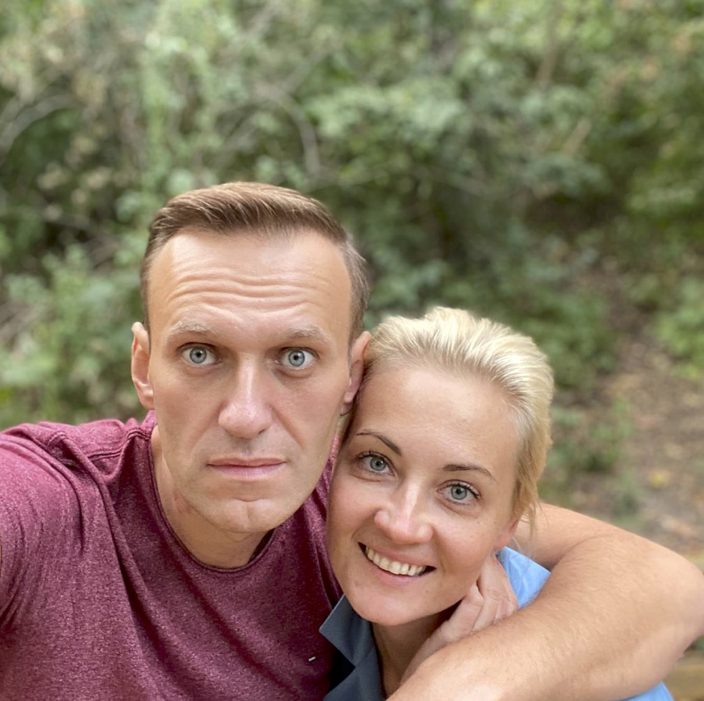 In this photo published by Russian opposition leader Alexei Navalny on his instagram account on Friday, Sept. 25, 2020, Russian opposition leader Alexei Navalny and his wife Yulia pose for a selfie in an unknown location in Germany. This week Navalny was discharged from a Berlin hospital after being treated for what German authorities determined to be nerve agent poisoning. In an Instagram post on Friday, the politician thanked Russian pilots for landing the plane after he collapsed into a coma on Aug. 20 and medics at the Omsk airport injecting him with atropine, saying they gave him "additional 15-20 hours of life." (Navalny Instagram via AP)

“I personally don’t think that another attack can happen in Berlin, but we can see that the personal security has a different opinion,” he said. "He is guarded quite heavily.”

Germany authorities have said Navalny was poisoned with a powerful nerve agent and called on Russia to investigate the attack that occurred on its territory.

The presence of the Soviet-era nerve agent Novichok in Navalny’s samples was corroborated by labs in France and Sweden. But Russia has resisted international pressure to launch a criminal investigation, saying its own tests found no trace of poisonous substances in the opposition leader’s system.

The poisoning "had so many negative consequences for the Kremlin,” said Volkov, adding that in his opinion the attempted assassination couldn't have occurred without Putin's approval.

Navalny has said that he intends to return to Russia to resume his work.

“He understands the risks quite well, and we are supposed to think somehow how he can continue living in Russia,” Volkov told RTL. "It will not be so easy and many things will change, for sure, to reduce the probability of a second attack.”

Feds wrongly tell new US citizens they missed chance to ...