The Cleveland Indians could be staying home for the first round of the postseason.

Carlos Santana had four RBIs and delivered a go-ahead, two-run double in the seventh inning as the Indians rallied for an 8-6 win over the Pittsburgh Pirates on Sunday to put themselves in position to gain home-field advantage for their AL wild-card series.

The Indians need the Chicago White Sox to lose to the Cubs to move into second place in the AL Central and fourth in the AL on the final day of the regular season. 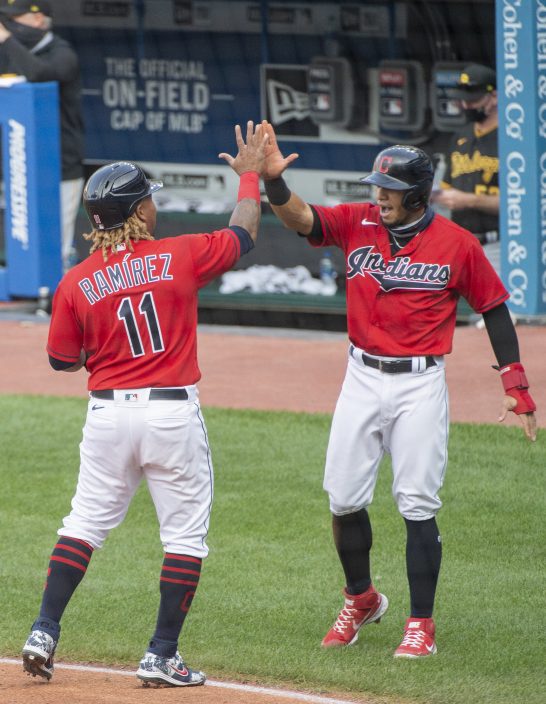 Cleveland Indians' Jose Ramirez (11) celebrates with Cesar Hernandez after scoring on a two-run double by Carlos Santana during the seventh inning of a baseball game against the Pittsburgh Pirates in Cleveland, Sunday, Sept. 27, 2020. (AP PhotoPhil Long)

The Pirates held a 6-2 lead in the bottom of the sixth, when Franmil Reyes belted a three-run homer that chased starter JT Brubaker.

Nik Turley (0-3) entered for the seventh, hitting César Hernández with a pitch and giving up a double to José Ramírez before Santana plated them both to put Cleveland ahead 7-6. A sacrifice fly by Reyes drove in Santana, who hit a two-run homer in the third.

James Karinchak (1-2) struck out all three batters he faced in the seventh for the win and Brad Hand got four outs for his AL-high 16th save in 16 opportunities. 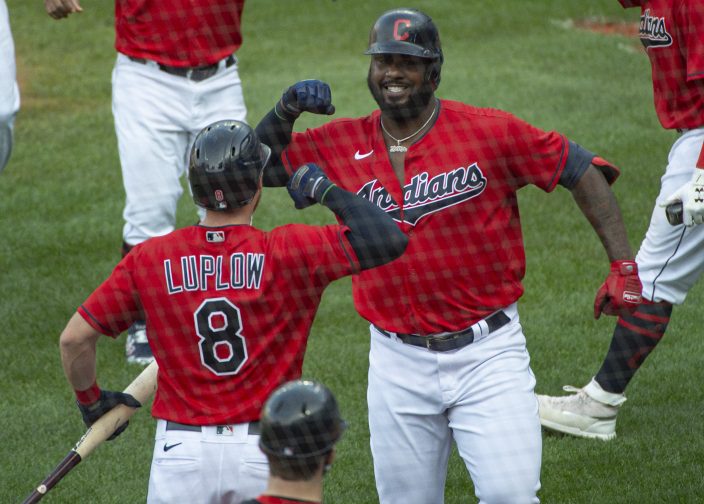 Pirates rookie Ke’Bryan Hayes singled in the first and homered in the third, becoming the first Pittsburgh player with eight straight hits since Andy Van Slyke in 1994. The 23-year-old was intentionally walked in the fifth to reach base for the 10th consecutive plate appearance. 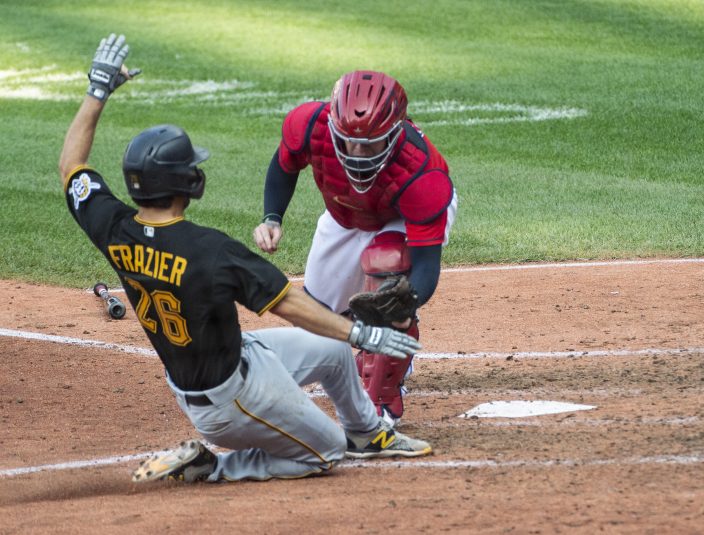 José Osuna went 3 for 3 with two RBIs and two runs, belting a solo homer in the fifth when Pittsburgh scored twice. Two of the Pirates’ runs were unearned on errors by Santana and shortstop Francisco Lindor.

The Indians (35-25) returned to the playoffs for the fourth time in five years after failing to qualify in 2019, when they were 93-69 and placed second in the division.

The Pirates (19-41) finished with the worst record in the majors under first-year manager Derek Shelton. They went 69-93 last season and were last in the NL Central. 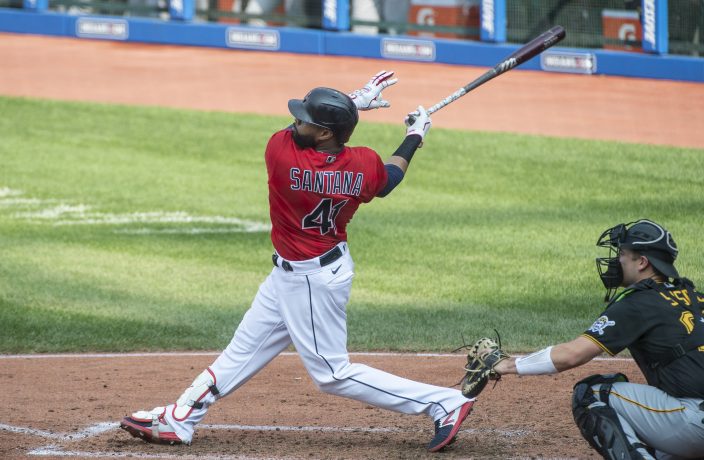 LEADER OF THE PACK

Indians RHP Shane Bieber, who will start their postseason opener, topped the majors with a 1.63 ERA and 122 strikeouts. His ERA was the lowest in the AL since Luis Tiant posted a 1.60 mark for Cleveland in 1968. 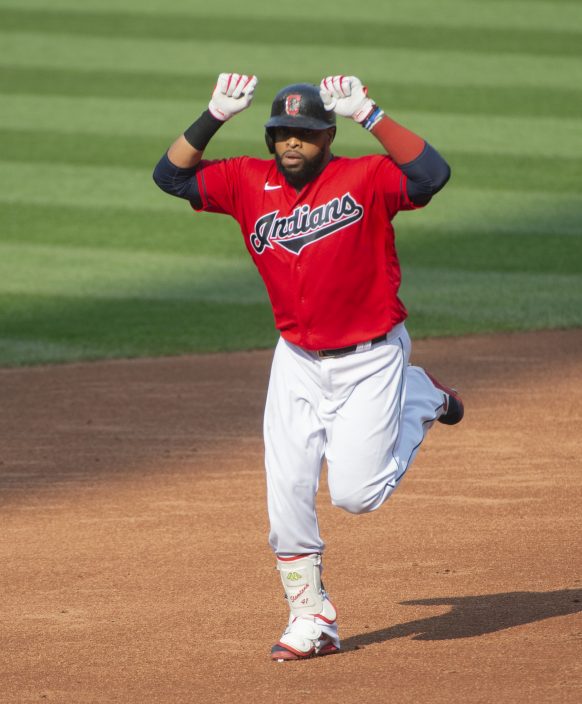 Pittsburgh activated C Andrew Susac from the taxi squad after he spent all season at the team's alternate training site in Altoona, Pennsylvania. The 30-year-old last played in the majors with Baltimore in 2018.

“This kid has been with us all year and was a leader in Altoona,” Shelton said. “We wanted to give him an opportunity today.” 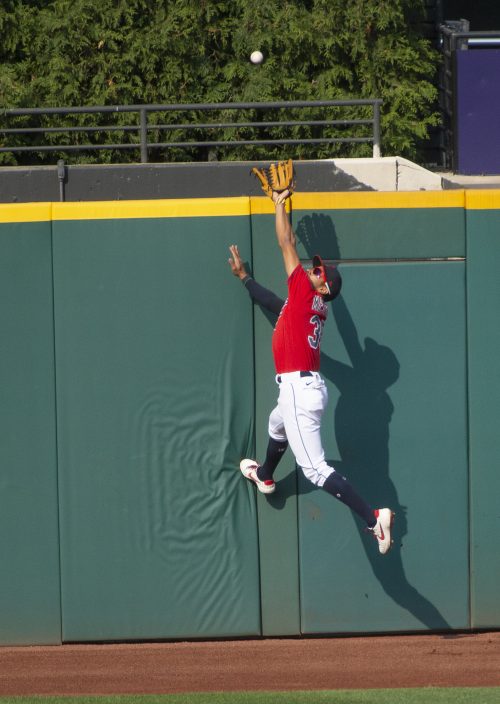 Cleveland Indians' Oscar Mercado (35) cannot get to a home run by Pittsburgh Pirates' Ke'Bryan Hayes during the third inning of a baseball game in Cleveland, Sunday, Sept. 27, 2020. (AP PhotoPhil Long)

Susac received extended cheers and a standing ovation from the Pirates’ relievers when he first came up to bat.

Pirates: C Jacob Stallings (concussion) was placed on the seven-day injured list and RHP Keone Kela (forearm) was transferred to the 45-day IL. Stallings was struck by a backswing Saturday, but played the entire game. 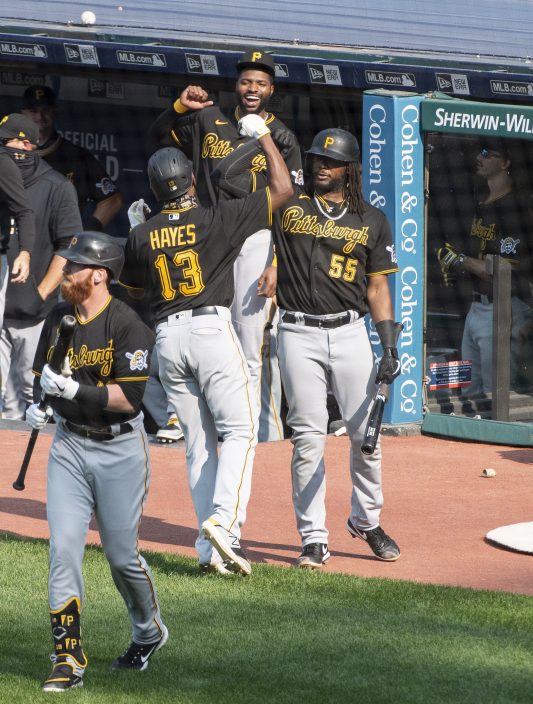 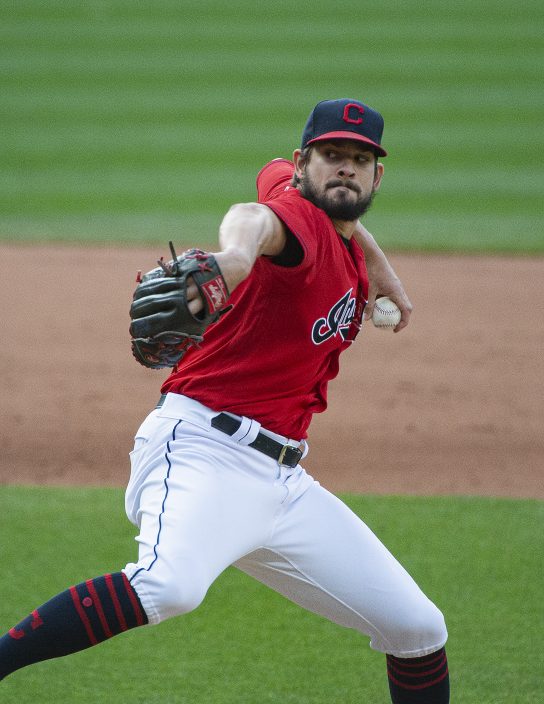