The San Francisco Giants had their postseason hopes dashed on the final day of the regular season, losing 5-4 to the playoff-bound San Diego Padres on Sunday.

San Francisco finished 29-31 under first-year manager Gabe Kapler, beginning the day tied with Milwaukee for the final NL playoff spot. The Brewers hold the tiebreaker, which meant the Giants needed to win and have Milwaukee lose at St. Louis — the Brewers did their part but the Giants couldn't.

Now, the Giants' drought reaches four years since they lost a four-game division series in 2016 to the eventual World Series champion Cubs. The Giants — World Series winners in 2010, ‘12 and ’14 — will look back to costly losses in the final stretch, most notably Thursday's 5-4, 11-inning defeat at home to the Rockies then 6-5 to the Padres in Game 2 of Friday's doubleheader. 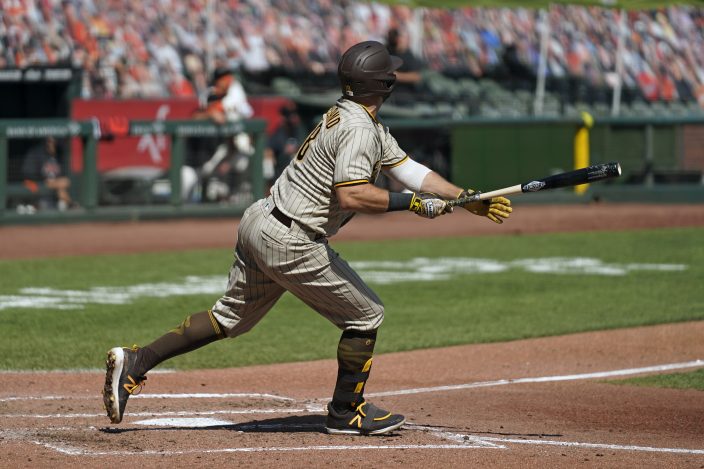 Wil Myers homered in the second for San Diego (37-23), the NL's No. 4 seed, as the Padres prepare for their first postseason in 14 years. They'll host a three-game series against St. Louis beginning Wednesday.

Brandon Crawford hit a two-run homer for the Giants in the seventh then Wilmer Flores connected in the eighth. That just wasn't quite enough. 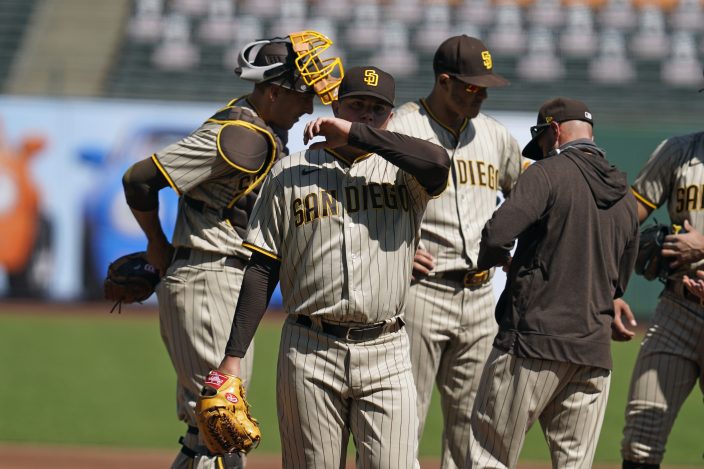 San Diego Padres starting pitcher Adrian Morejon walks to the dugout after being removed in the third inning of a baseball game against the San Francisco Giants Sunday, Sept. 27, 2020, in San Francisco. (AP PhotoEric Risberg)

Trevor Rosenthal closed it out for his 11th save, retiring Austin Slater on a called third strike to end it. Slater put his hands on his head, and Giants players cursed from the dugout at plate umpire Rob Drake.

There was no out-of-town scoreboard to be seen inside Oracle Park to follow the Brewers-Cardinals game. Dozens of boats and kayaks stayed hopeful waiting on the other side of right field in McCovey Cove on a picture-perfect late-September day when first-pitch temperature was 84 degrees.

In fact, even former Giants fan favorite outfielder Hunter Pence watched from a vessel called BRAVO a day after announcing his retirement. 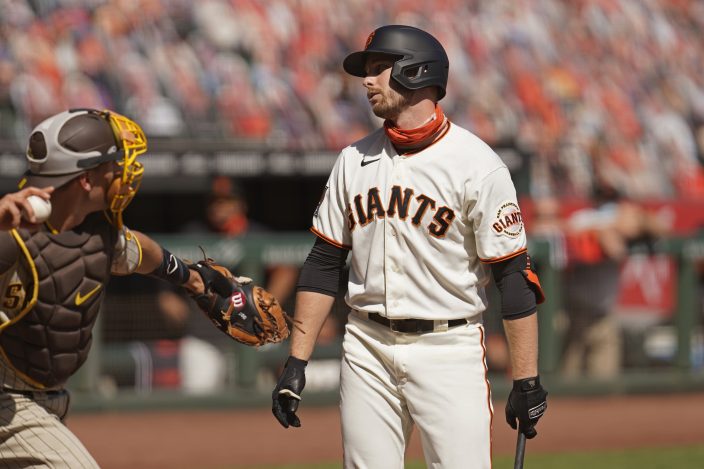 Mauricio Dubon homered in the bottom of the second for San Francisco, which also missed giving Drew Smyly (0-1) his first victory in five starts and seven appearances.

Smyly struck out 10 over five innings for his 11th career double-digit strikeout game and first since Sept. 25, 2019, at Washington with Philadelphia.

San Diego starter Adrián Morejón was winless in his final four appearances since getting the decision in relief against the Giants on Sept. 10. 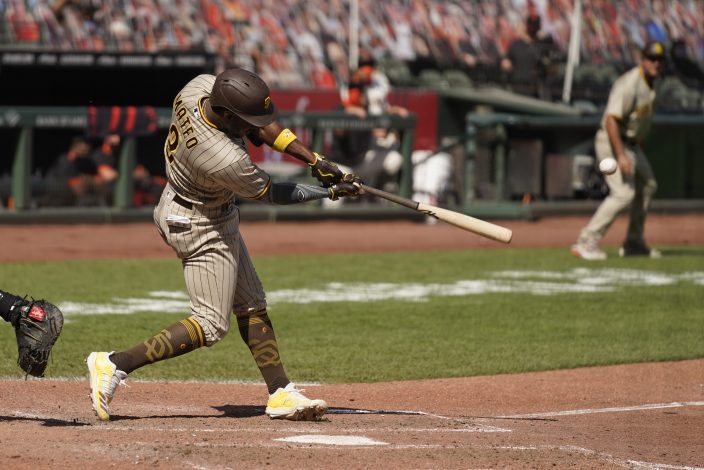 Fernando Tatís Jr. worked a short day to get off his legs with the playoffs ahead, and so did Manny Machado. 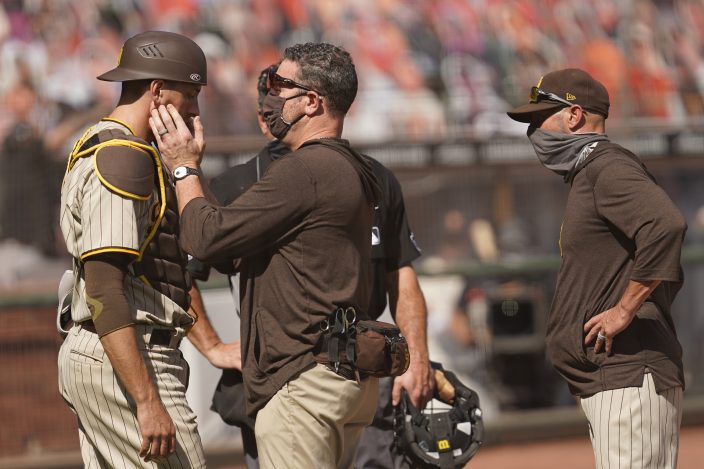 San Diego Padres catcher Jason Castro, left, is checked by a trainer as manager Jayce Tingler, right, looks on in the sixth inning of a baseball game against the San Francisco Giants, Sunday, Sept. 27, 2020, in San Francisco. Castro left the game and was replaced by Austin Nola. (AP PhotoEric Risberg)

Tatís homered Friday and Saturday, and the 21-year-old Padres slugger finished the shortened season with 17 home runs and 45 RBIs, batting .277.

San Diego C Jason Castro took a foul ball off the face mask in the bottom of the sixth and had his jaw looked at for several minutes before he exited. Austin Nola replaced him. 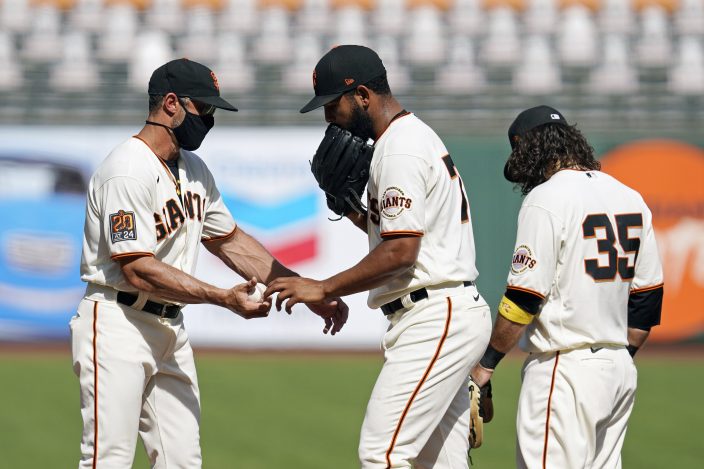 If he's healthy as the Padres expect, RHP Dinelson Lamet is the projected Game 1 starter for San Diego on Wednesday. Lamet gave his team a scare when he came out of Friday’s game with biceps tightness.

The French government issued an or ...

Giants power past Padres for key win in doubleheader Game 1

Giants rally on Yastrzemski's 2nd HR, walk off with 7-6 win