The Houston Astros are going into the playoffs with a losing record after Rougned Odor homered twice Sunday for Texas in an 8-4 win, the third in a row for the Rangers over the defending American League champions.

Odor had a three-run homer before rookie center fielder Leody Taveras' two-run single in the fourth, the second game in a row Texas had a five-run inning. Odor went deep again with a solo shot in the fifth.

Jose Altuve, Carlos Correa and Aledmys Diaz hit solo homers for the Astros (29-31), who went from a majors-best 107 wins last season to being the last AL team to clinch a berth in an expanded playoff during this pandemic-shortened season. They got in as the second-place team in the AL West. 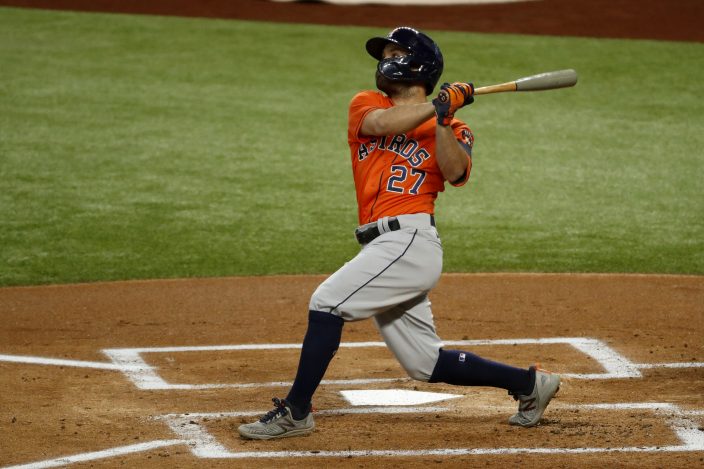 Houston Astros Jose Altuve watches a ball hit for a home run in the first inning of a baseball game against the Texas Rangers in Arlington, Texas, Sunday, Sept. 27, 2020. (AP PhotoRoger Steinman)

Houston and the Milwaukee Brewers — also 29-31 — are the first teams to ever qualify for the postseason with losing records.

The Astros last won 12-4 in the opener of their only series at the Rangers' new ballpark — where a National League Division Series, the NL Championship Series and the World Series will be played next month.

With their third win in a row, the young Rangers (22-38) avoided the worst winning percentage in club history. They instead finished at .367, better than only their 1972 and 1973 teams — their first two seasons in Texas. 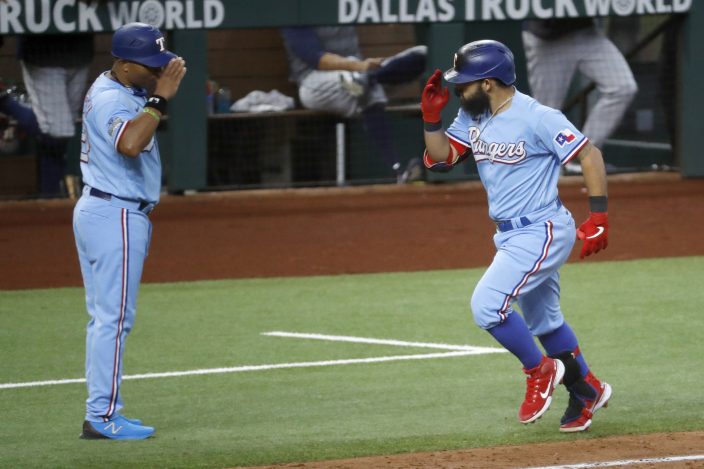 Texas Rangers' Rougned Odor, right, salutes with third base coach Tony Beasley, left, after hitting his second home run of the day in the fifth inning of a baseball game against the Houston Astros in Arlington, Texas, Sunday, Sept. 27, 2020. (AP PhotoRoger Steinman)

Oakland ended Houston's three-year reign as AL West champs, during which the Astros won the 2017 World Series. That title was tarnished by a sign-stealing scandal revealed last offseason and led to manager AJ Hinch and general manager Jeff Luhnow being fired.

Shin—Soo Choo, the 38-year-old outfielder in the final game of his seven-year contract with the Rangers, and the 26-year-old Odor were the oldest players in their lineup that included three 22-year-old rookies. 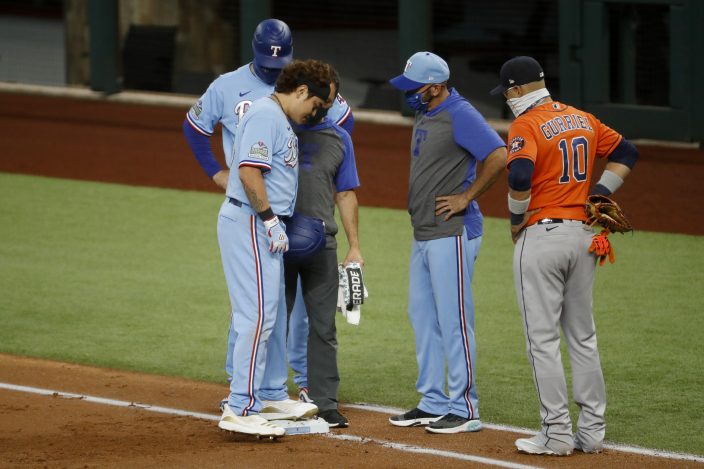 Choo hit leadoff as the DH and got a bunt single in likely his last at-bat for Texas — and possibly in a 16-season career. Choo was activated from the 10-day injured list (right hand sprain) after not playing since Sept. 7. Choo quickly exited with a sprained left ankle after awkwardly stepping on the base when lunging to get there. He played 799 games with Texas, after starting his big league career with Seattle, Cincinnati and Cleveland. 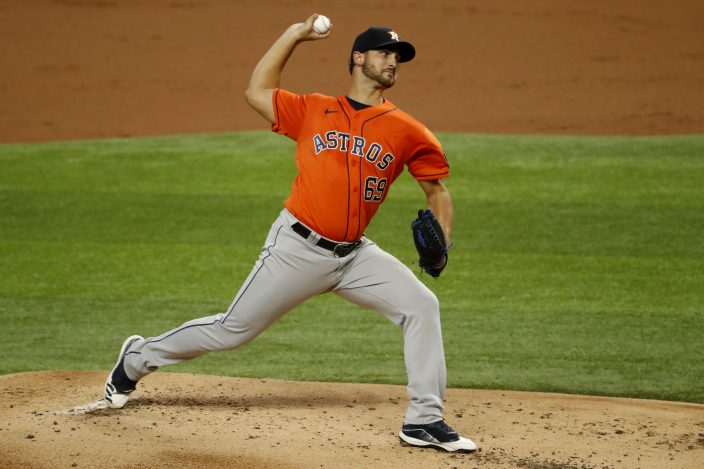 Astros: Right-hander Zack Greinke (3-3, 4.03 ERA) is set to start Game 1 in the best-of-three wild-card round on the road Tuesday.

Rangers: Their 2021 spring training opener is Feb. 27 against Kansas City in Surprise, Arizona, at the complex they share with the Royals. 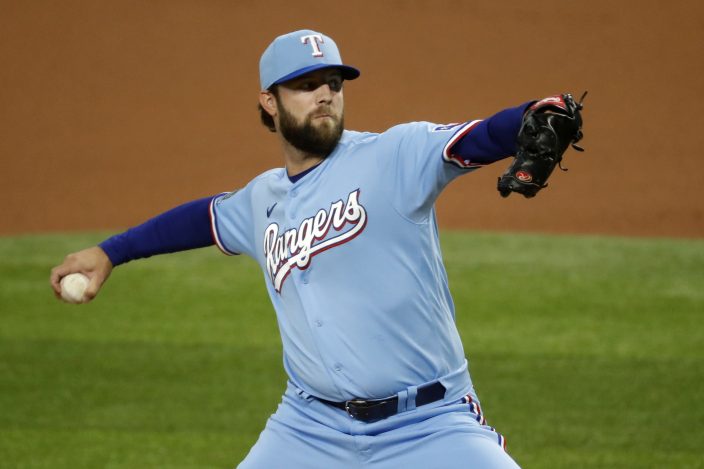 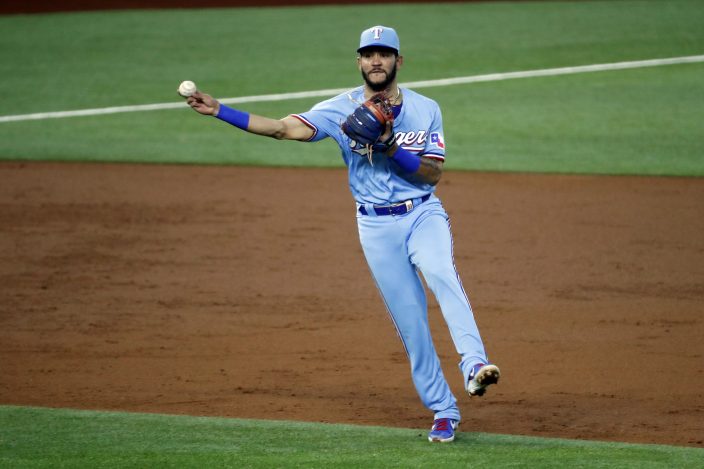