Liverpool goes for a third straight win to open its Premier League title defense when Arsenal visits Anfield. Arsenal has also won its first two league games and started its 2020-21 season with a victory over Liverpool in the Community Shield. Fulham hosts Aston Villa in the only other game and is seeking its first points since getting promoted back to the top division, having conceded a total of seven goals in losses to Arsenal and Leeds so far. Villa won its opening game against Sheffield United. 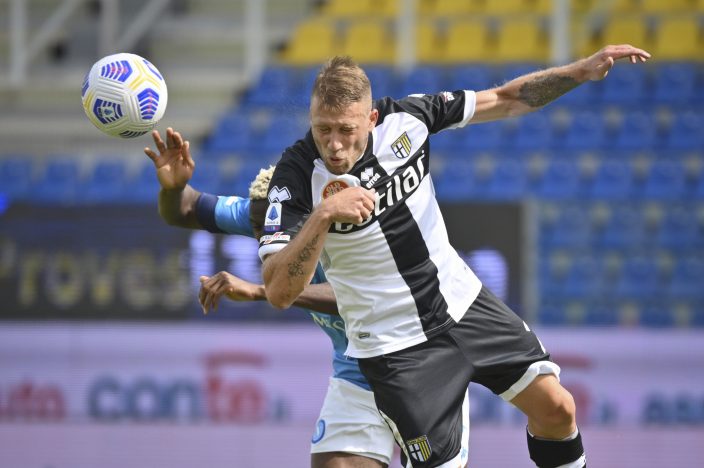 Napoli's Victor Osimhen, left, competes for the ball with Simone Iacoponi uring the Serie A soccer match between Parma and Napoli at the Ennio Tardini stadium in Parma, Italy, Sunday, Sept. 20, 2020. (Massimo PaoloneLaPresse via AP)

Bologna and Parma are each seeking their first points of the season when they meet at the Renato Dall'Ara stadium. Neither team scored in their opening matches: Bologna lost 2-0 at AC Milan and Parma was beat 2-0 at home by Napoli.

Giampiero Boniperti, who was part ...