Miami (31-29) finished third in the NL East and earned the NL's sixth seed and a matchup at the Chicago Cubs in the first round. This will be the Marlins' first postseason appearance since beating the Yankees in the 2003 World Series. Miami lost an NL-worst 105 games last year.

Chisholm hit a two-run double in Miami’s three-run second off rookie Clark Schmidt (0-1), who made his first big league start, and homered off Nick Nelson in the eighth. Brian Anderson homered against Jonathan Holder, and Corey Dickerson hit an RBI single for Miami. . 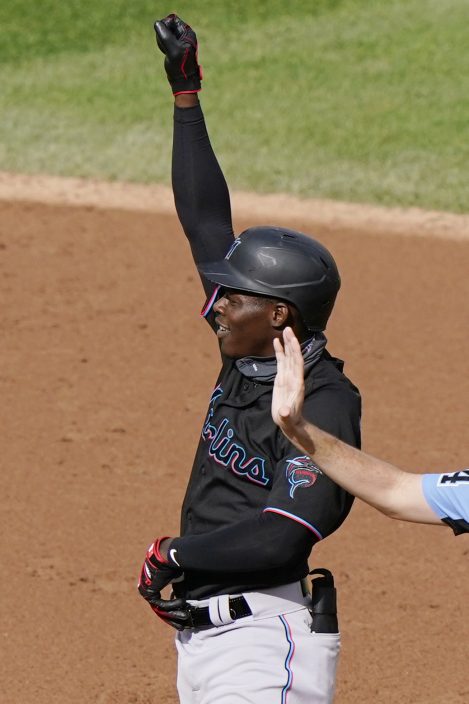 Miami Marlins Jazz Chisholm gestures to the Marlins dugout after hitting a two-run double during the second inning of a baseball game against the New York Yankees, Sunday, Sept. 27, 2020, at Yankee Stadium in New York. (AP PhotoKathy Willens)

The Marlins lost outfielder Starling Marté and right-hander José Ureña to injuries in the first three innings. Marte left with a bruised left ear after being hit by Clarke Schmidt’s 94 mph fastball in the second. Ureña, a candidate for Miami’s bullpen in the postseason, was hit on the right hand by DJ LeMahieu’s liner in the third.

Streaky New York (33-27) finished seven games of Tampa Bay and hung on for the AL's fifth seed when Toronto third-place Toronto (32-28) lost to Baltimore. The Yankees will play at Cleveland in the first round after a season in which they started 16-6, lost 15 of 20, won 10 in a row and lost six of their last eight. 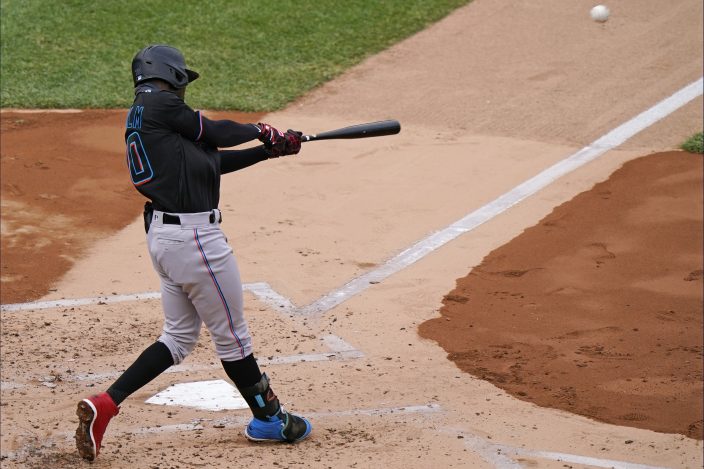 LeMahieu had two hits to finish with a .364 batting average and became the first player to win undisputed batting titles in both the American and National Leagues. LeMahieu won the NL batting title with a .348 average for Colorado in 2016. His average was the highest for an AL batting champion since Minnesota's Joe Mauer hit .365 in 2009.

Ed Delahanty hit .410 for the Philadelphia Phillies to win the NL championship in 1899. He is credited by some researchers with the 1902 AL championship at .376, while others accept Nap Lajoie as winning that title at .378 despite lacking the plate appearances required in more modern times.

LeMahieu became the first Yankee to win the batting crown since Bernie Williams in 1998. He became just the fourth Yankees player to lead the majors in batting average after Lou Gehrig in 1934, Joe DiMaggio in 1939 and Mickey Mantle and 1956. 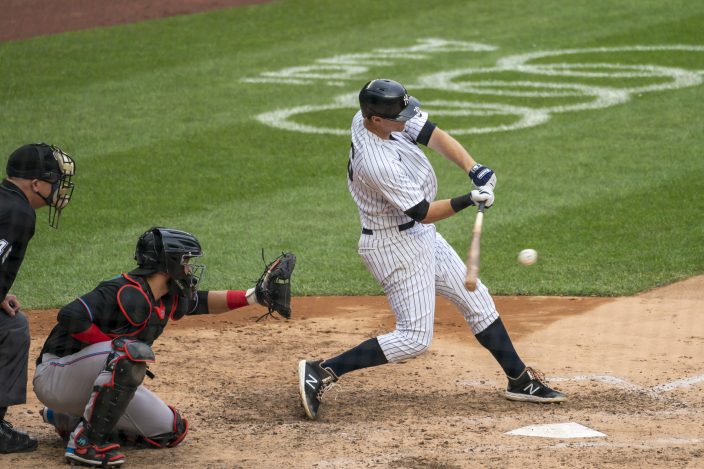 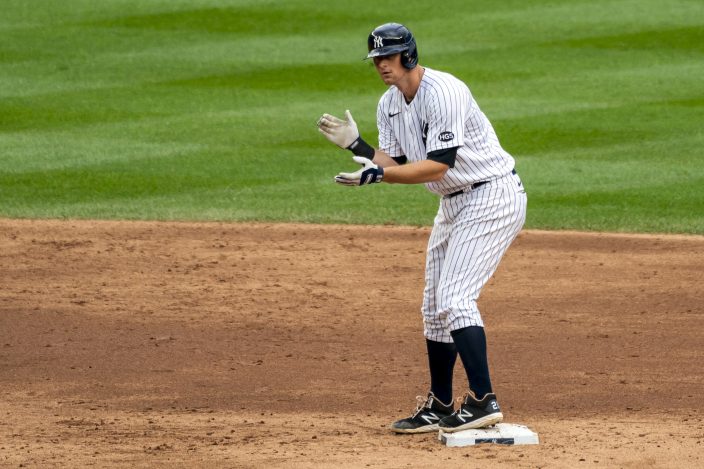 New York Yankees' DJ LeMahieu celebrates at second base after hitting a two-run double during the sixth inning of a baseball game against the Miami Marlins at Yankee Stadium, Saturday, Sept. 26, 2020, in New York. (AP PhotoCorey Sipkin)

Marlins: Have not announced the order of their rotation. It is likely Sandy Alcantara, Pablo López and rookie Sixto Sánchez will be the three starters.

Bills return starters at practice in preparing to host ...

AP source: Jaguars' Meyer has no plans to return t ...