Mark Canha drove in four runs and the Oakland Athletics came back to beat the Seattle Mariners 6-2 on Sunday in their final tune-up before the postseason.

Oakland's victory, coupled with Minnesota's loss to Cincinnati, gave the AL West champion A's the No. 2 seed in the American League playoffs. They'll be home at the Coliseum for a best-of-three series against the seventh-seeded Chicago White Sox beginning Tuesday.

Frankie Montas had a career-high 13 strikeouts in six innings for Oakland. Jake Lamb homered and Tommy La Stella added a pair of hits. 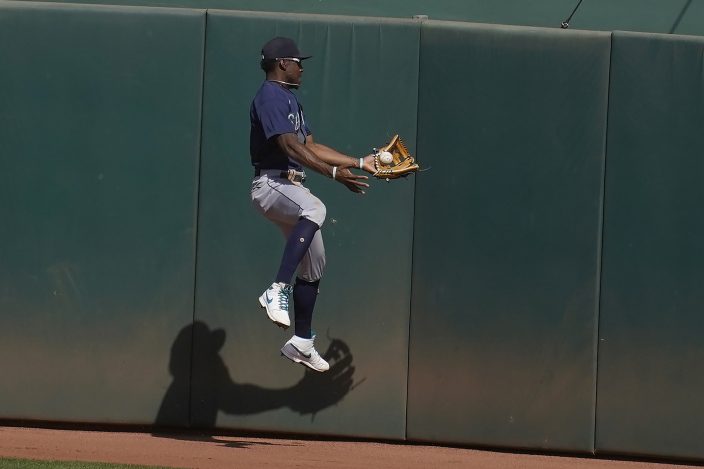 The A’s owned the best record in the AL for much of the season before slumping down the stretch. Manager Bob Melvin’s ballclub had lost five of seven and were swept by the Mariners in a doubleheader on Saturday.

Oakland bounced back to win behind Montas’ best start of the season and a steady day from the offense.

Montas, who will be in the bullpen for the first round of the playoffs, didn’t earn the decision but was dominant in his final start. Montas gave up a pair of unearned runs, had at least one strikeout in every inning and whiffed the side in the fourth and sixth. He allowed four hits and walked two. 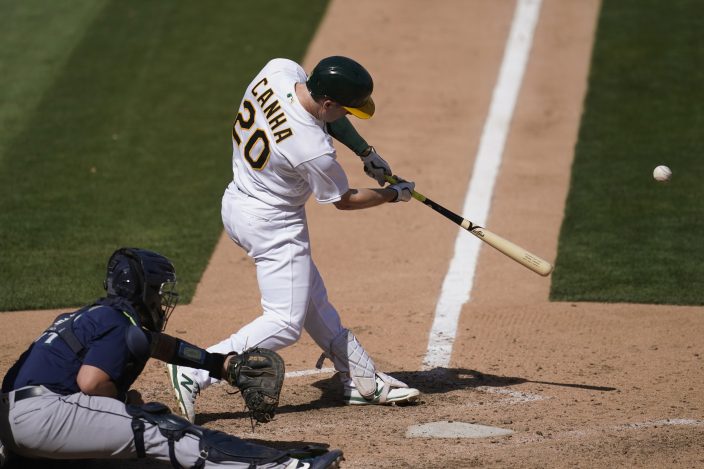 Yusmeiro Petit (2-1) retired all three batters he faced to get the win.

Lamb’s tiebreaking home run off Yoshihisa Hirano (0-1) leading off the seventh put the A’s up 3-2. After Oakland loaded the bases later in the same inning, Canha hit a deep drive that deflected off the glove of Seattle center fielder Kyle Lewis as Sean Murphy and Tony Kemp scorred.

Canha also had an RBI groundout off starter Marco Gonzales in the first and a bases-loaded walk in the eighth. 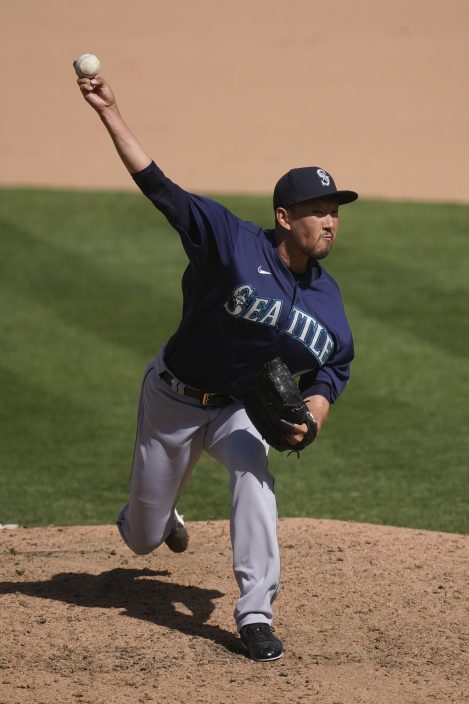 Gonzales, who has not lost since Aug. 11, allowed two runs and six hits in five innings. He missed out on becoming the sixth pitcher in Mariners history to win six consecutive starts. 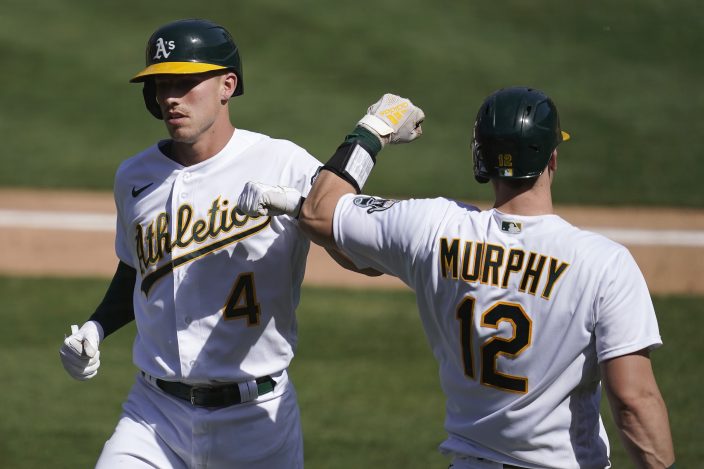 Oakland Athletics' Jake Lamb, left, is congratulated by Sean Murphy after hitting a solo home run against the Seattle Mariners during the seventh inning of a baseball game in Oakland, Calif., Sunday, Sept. 27, 2020. (AP PhotoJeff Chiu)

The start of the game was delayed briefly when an outfield door in center field swung open just before the first pitch. A’s center fielder Ramon Laureano walked through the opening, closed the door and locked it, then climbed back over the fence and grabbed his glove.

Mariners: C Luis Torrens was placed on the injured list with back spasms. Joe Hudson was recalled from the alternate training site.

Athletics: Chad Pinder had an RBI single in his return from the injured list and a strained right hamstring. Melvin watched him run the bases and was encouraged. “Having Pinder is huge for us,” Melvin said. “We missed him.” … RHP James Kaprielian was optioned to the alternate site.

Mariners: Manager Scott Servais and his club will take some time off and evaluate the roster before heading back to Arizona for spring training. Seattle plays its first game in Peoria against the San Diego Padres on Feb. 27.

Athletics: Melvin plans to announce his playoff rotation Monday, although RHP Chris Bassitt and LHP Sean Manaea are expected to be included.