Juan Soto became the National League's youngest batting champion, Trea Turner hit a grand slam and drove in seven runs, and the Washington Nationals closed out the season with a 15-5 victory over the New York Mets on Sunday.

Soto walked and singled before being lifted for a pinch hitter in the third inning, elevating his average to .351 and sealing the NL lead in the category.

The 21-year-old Soto surpassed Brooklyn’s Pete Reiser for the youngest ever to take a batting crown. Reiser was 22 when he ended the 1941 season hitting a league-leading .343. 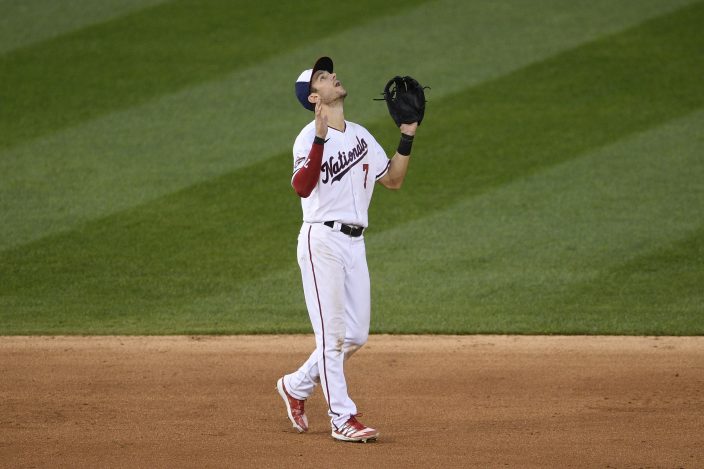 Yan Gomes also homered for Washington, which closed the season on a three-game winning streak and caught the Mets in the NL East standings. The Nationals finished 26-34 a year after winning their first World Series. The Nationals’ .433 winning percentage in the truncated season was the lowest for a defending champion since the 1998 Florida Marlins went 54-108 (.333).

New York slipped from 86-76 last season and third place in the NL East to 26-34 and tied for fourth in manager Luis Rojas’ first season. 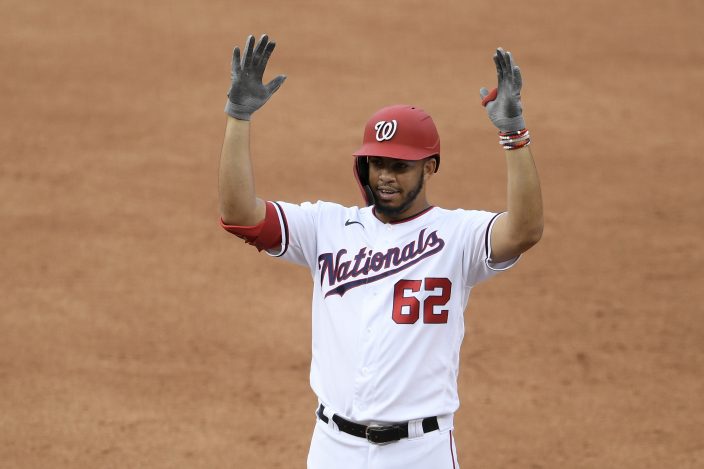 Washington Nationals' Luis Garcia reacts after he drove in two runs with his single during the sixth inning of a baseball game against the New York Mets, Sunday, Sept. 27, 2020, in Washington. (AP PhotoNick Wass)

Pete Alonso homered twice for New York and finished with 16 after clubbing a rookie-record 53 last season. Guillermo Heredia added a solo shot for the Mets.

Washington right-hander Austin Voth (2-5) needed 36 pitches to escape the first but made it through five innings to close his season with back-to-back victories. Voth allowed four runs while striking out four. 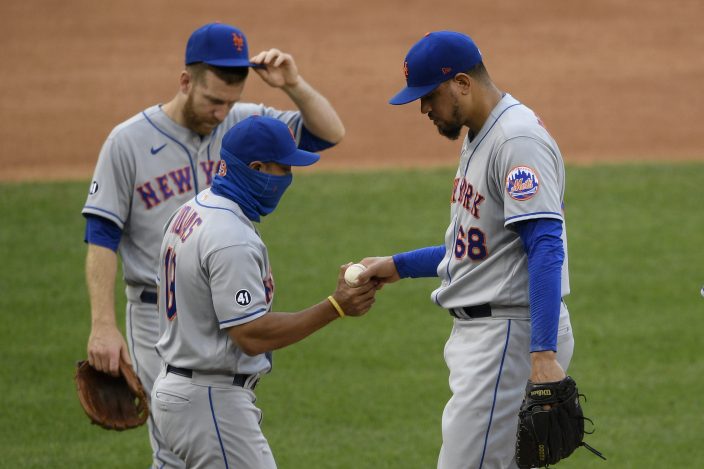 With Washington already leading 7-3, Turner busted the game open with a third-inning grand slam off reliever Steven Matz. It was Washington’s first grand slam of the season.

Washington and INF Howie Kendrick have a mutual option for 2021, and he has at least one prominent figure hopeful for his return. 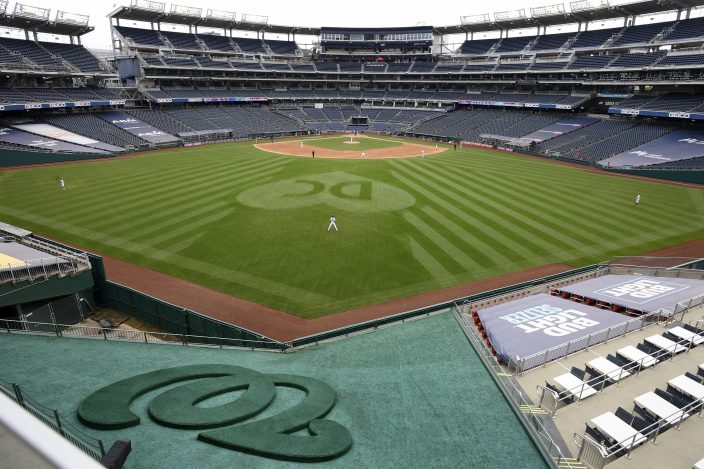 The Washington Nationals and the New York Mets compete during the fifth inning of a baseball game, Sunday, Sept. 27, 2020, in Washington. (AP PhotoNick Wass)

“I’m holding onto his leg,” manager Dave Martinez said. “He’s got a lot of discussions to have with his family and I told him we’ll stay in touch as we always do and we’ll see where he’s at.”

The 37-year-old Kendrick hit .275 with two homers and 14 RBIs in 25 games, and ended the season on the injured list with a left hamstring strain. 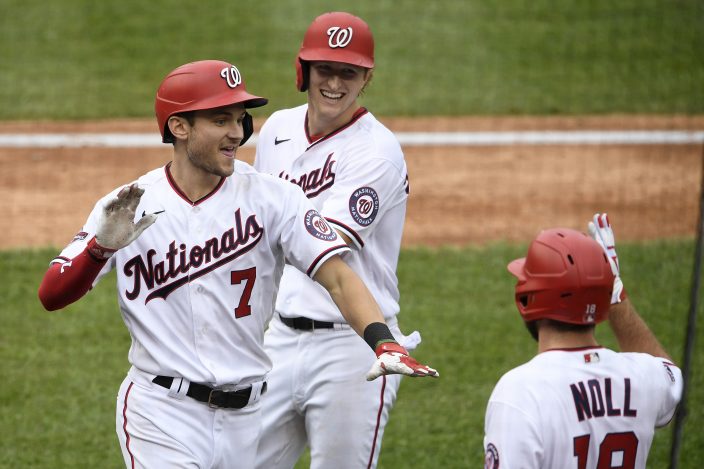 Nationals: OF Victor Robles was hit by a pitch in the second inning and was lifted for a defensive replacement in the third.