Reynaldo López struggled and the Chicago White Sox tumbled out of position for a home playoff series, losing 10-8 to Kris Bryant and the crosstown Cubs on Sunday.

The White Sox (35-25) finished the season with seven losses in eight games to go from first in the AL Central to the seventh seed for their first playoff appearance since 2008. They were in second place in the division heading into the final day, but Cleveland rallied for an 8-6 victory over Pittsburgh and hopped over Chicago based on its 8-2 record in the season series.

The South Siders scored five in the eighth inning, and Yasmani Grandal's two-run homer trimmed the Cubs' lead to 10-8 in the ninth. Andrew Chafin came in with two outs and a runner on and struck out Nomar Mazara looking for his first save of the season. 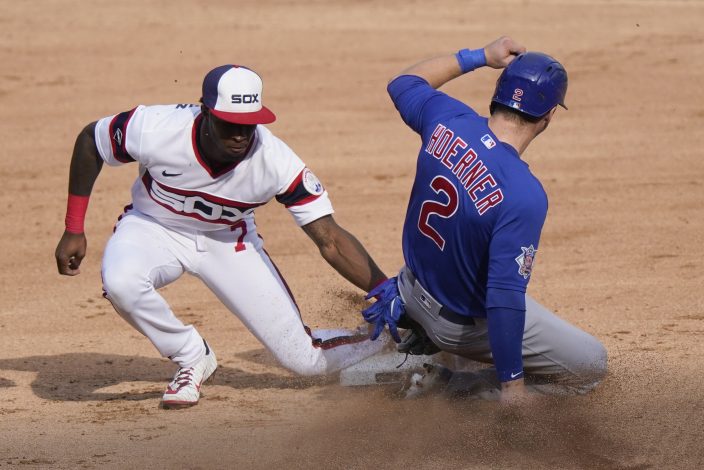 The Cubs are the NL's third seed for their fifth playoff appearance in the last six years. They will be at Wrigley Field for the wild-card round beginning on Wednesday against No. 6 seed Miami.

The North Siders had lost five of six before taking two of three in the weekend set at Guaranteed Rate Field. The series concluded with homers on back-to-back days for Bryant, an encouraging sign after the 2016 NL MVP was sidelined by oblique tightness. 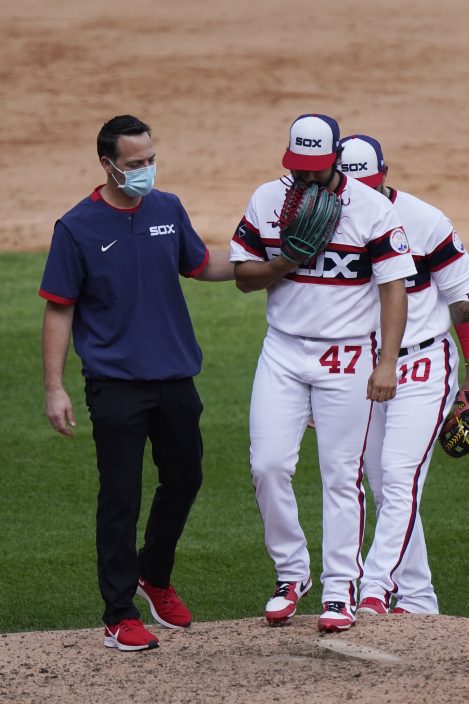 Chicago White Sox relief pitcher Gio Gonzalez, right, is checked by a team trainer after an injury during the seventh inning of a baseball game against the Chicago Cubs in Chicago, Sunday, Sept. 27, 2020. (AP PhotoNam Y. Huh)

Bryant, who has struggled with injuries and inconsistency for much of the pandemic-shortened season, opened the second with a massive drive to left for his fourth homer. Bote added a two-run shot, Cameron Maybin singled in two runs and Hamilton swiped home as part of a double steal, helping the Cubs build a 6-0 lead.

López (1-3) was pulled with one out in the inning. He was charged with all six runs and four hits. The right-hander had gone 1-0 with a 2.35 ERA in his previous three starts.

Hamilton also hit a drive to left-center in the fourth, making it 7-0 with his first homer since Aug. 29, 2018, for Cincinnati against Milwaukee. He became the first player to go deep and steal home in the same game for the Cubs since Glenn Beckert on April 11, 1967, according to Elias Sports. 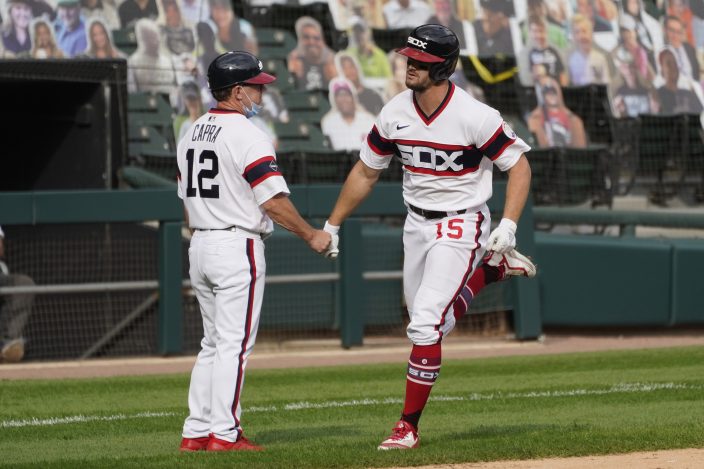 Chicago White Sox's Adam Engel, right, is congratulated by third base coach Nick Capra after his solo home run during the fifth inning of a baseball game against the Chicago Cubs in Chicago, Sunday, Sept. 27, 2020. (AP PhotoNam Y. Huh)

The Cubs brought up left-hander Brailyn Marquez from their alternate training site in South Bend, Indiana. Infielder Patrick Wisdom was designated for assignment.

The 21-year-old Marquez, one of the team's top prospects, got two outs in the eighth in his big league debut. He walked three and was charged with five runs. 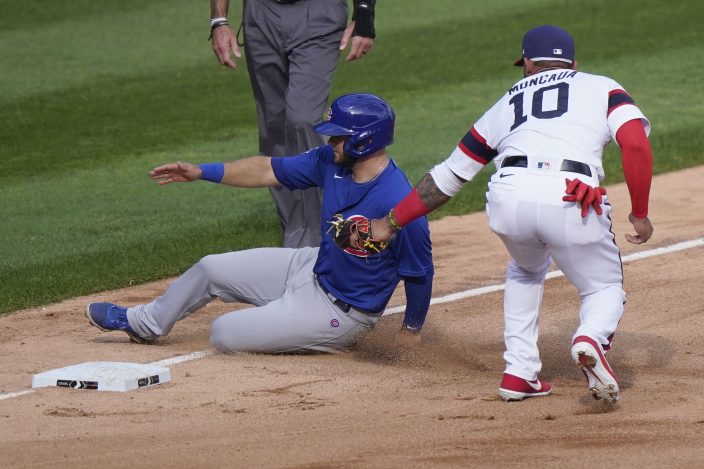 White Sox: OF Eloy Jiménez (sprained right foot) is “improving exponentially,” manager Rick Renteria said. Jiménez missed the series against the Cubs after he got hurt on a slide during Thursday's 5-4 loss at Cleveland. “Tomorrow will be a good day for us to kind of truly assess where he’s at,” Renteria said. ... LHP Gio González left in the seventh with an unspecified injury.

Cubs: RHPs Kyle Hendricks (6-5, 2.88 ERA) and Yu Darvish (8-3, 2.01 ERA) likely will start the first two playoff games, but Ross wanted to see who the Cubs were playing first before finalizing his postseason rotation.

The French government issued an or ...