Luck finally fell Kurt Busch's way at his home track, where he pulled out an upset Sunday night at Las Vegas Motor Speedway to sneak his way into the third round of the NASCAR Cup playoffs.

Busch ended an 0-for-21 losing streak at Las Vegas with good timing and then three tremendous restarts. He entered the race 12th in the standings and in danger of elimination from title contention, but the victory earned him an automatic berth into the next round.

The win, the first of the season for the 2004 Cup champion, was celebrated alongside younger brother, Kyle. The reigning NASCAR champion slammed doors with his big brother on the cool-down lap. Busch then took the checkered flag to the finish line and smacked it on each of the letters in Las Vegas. “This is what kids grow up when they are racing,” Busch said. “They grow up dreaming of winning on their home track and for two decades it has kicked my butt.”

It was the first win of the year for Chip Ganassi Racing and the first in the playoffs for a Chevrolet driver.

Busch happened to be the leader during a a round of green flag pit stops interrupted with 32 laps remaining by just the fifth caution of the race. It cycled him to the lead for the ensuing restart and he had an incredible jump to control the front. 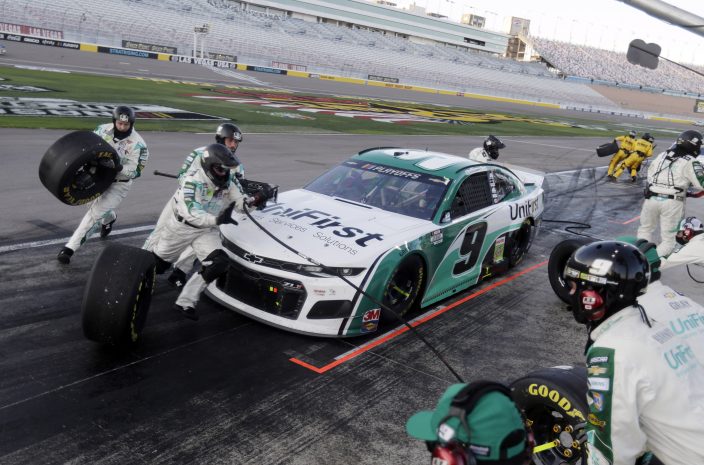 Busch did it two more times, including a final restart in overtime, to deny the challengers any shot at catching him.

Matt DiBenedetto, eliminated from the playoffs last weekend, finished second in a Ford for Wood Brothers Racing in his best finish of the season. Denny Hamlin, who dominated the race until the cautions jumbled the finish, rallied to third in a Toyota for Joe Gibbs Racing.

Martin Truex Jr., another Gibbs driver, was fourth and followed by Alex Bowman and Kyle Busch, who is still seeking his first Cup win of the season. 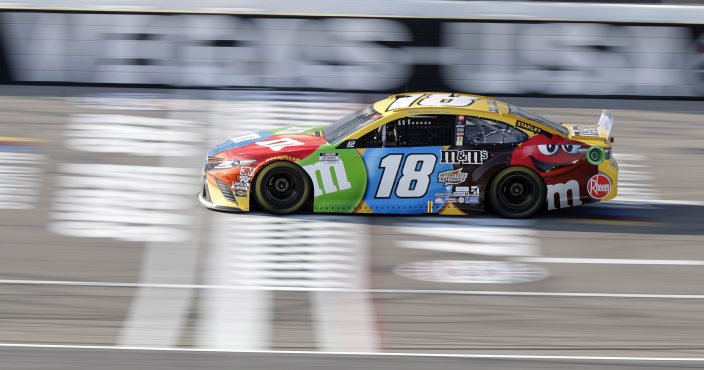 Kyle Busch, Clint Bowyer, Aric Almirola and Austin Dillon are all below the cutline with two races remaining in the second round. NASCAR races next weekend at Talladega Superspeedway and then closes this round at Charlotte Motor Speedway on the hybrid “roval” road course-oval.

Drivers processing the dangers of racing after Newman crash