Shane Bieber dominated this year for Cleveland, leading the American League in wins (8), ERA (1.63) and strikeouts (122). He didn’t allow a run in six of his 12 starts. 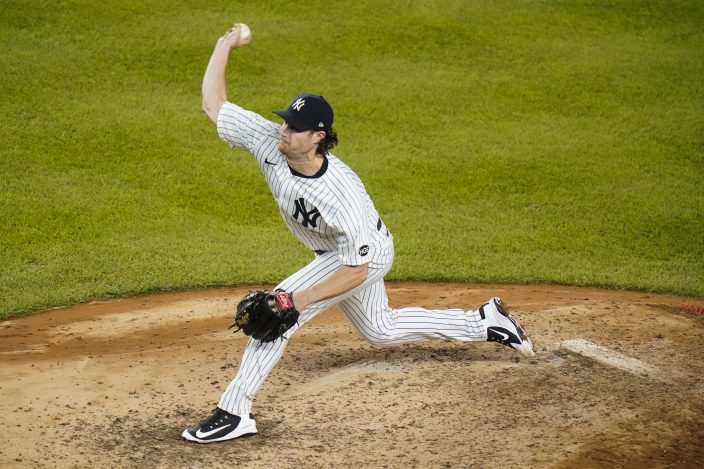 Gerrit Cole delivered for the Yankees in his first season since signing a $324 million, nine-year contract, going 7-3 with a 2.84 ERA.

Now they meet in the playoff opener at Progressive Field, a classic pitching duel in the making on the first day of the postseason.

“We’re fired up,” Bieber said. “We think this is a good matchup.” 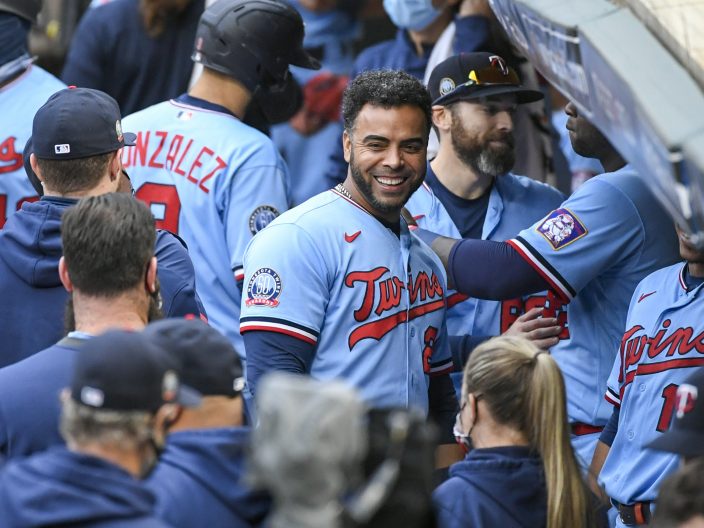 Minnesota Twins Minnesota Twins Nelson Cruz, center, smiles in the dugout after the Twins clinched the AL Central championship with the Chicago White Sox's loss during the tenth inning of a baseball game Sunday, Sept. 27, 2020, in Minneapolis. The Reds won 5-3. (AP PhotoCraig Lassig)

For all Bieber and Cole have accomplished in the shortened regular season, it will mean little if they don’t perform well to start the best-of-three series.

In a year where so much about baseball has looked different, this 16-team postseason has at least one throwback element.

“It’s like the old days, man, when you played a team you’ve never played before. It’s exactly what it is,” said Sandy Alomar Jr., the acting manager for the Indians. “It’s very strange.”

Seven of this week’s eight wild-card series are pitting clubs that haven’t seen each other all year, an unusual quirk after the regular season schedule was staged regionally amid the pandemic.

That means a lot of video and scouting work, especially for players that haven’t been around the block. For instance, Yankees catcher Kyle Higashioka has only played 72 regular season games, including just two against wild-card foe Cleveland. The 30-year-old said New York provided him with a trove of data to peruse Monday, and he was cross-checking all of that with video work.

“Want to have that extra edge to hopefully give you the advantage in the game,” he said.

Higashioka will start the opener instead of Gary Sánchez. The two-time All-Star hit .147 this year, which would have been lowest in the majors by far if he had enough at-bats to qualify. Sánchez also has been plagued by passed balls throughout his career.

The Twins are hoping to have third baseman Josh Donaldson (calf) and center fielder Byron Buxton (concussion) back in the lineup for the opener of their series against Houston. Both were injured Friday, sat out the final two regular season games as a precaution, then participated in a workout at Target Field on Monday.

“We just want to learn as much as we can before we move forward and put anything in stone, but it was a relatively good day for both guys,” manager Rocco Baldelli said.

Minnesota has rarely had its full lineup this season, but if Donaldson and Buxton are a go, the entire Bomba Squad will be available.

The White Sox backed into the postseason with losses in seven of their final eight games, including a pair of walk-off defeats. They open a wild-card series in Oakland hoping ace Lucas Giolito can play stopper.

The A’s are throwing 22-year-old left-hander Jesus Luzardo despite Chicago’s proclivity to tee off on southpaws. The White Sox batted .285 with an .887 OPS against left-handers this season -- both second best in the majors.