New Orleans left tackle Terron Armstead describes the Saints as a good team that is playing like a bad one.

This is the same player who during training camp suggested that the three-time defending NFC South champions would consider the 2020 season a failure if they fell short of the Super Bowl.

“Bad teams beat themselves and that's right now what we’re doing. We’re being a bad team," Armstead said Monday after reviewing video of the Saints' 37-30 loss to unbeaten Green Bay on Sunday night. 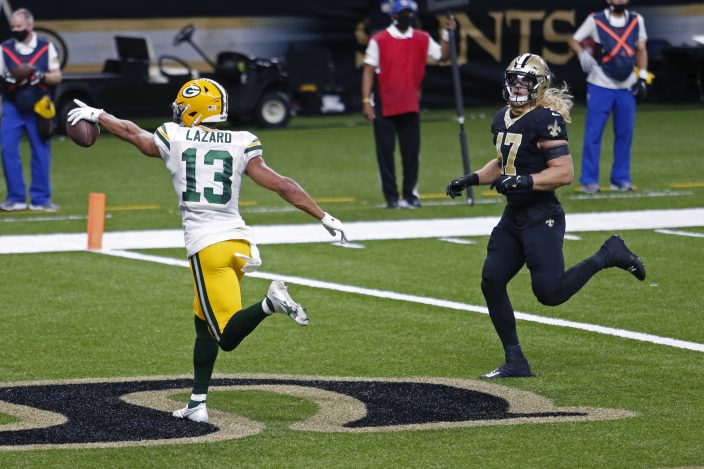 The loss gave New Orleans its first two-game skid since the beginning of the 2017 season.

“The good news is we’re more than capable of eliminating those mistakes,” Armstead continued. “We have everything we need to get rolling. No playoff picture has been put together at all. So, we have time. But at the same time, a sense of urgency to get that going and start moving forward.”

After opening the season by beating Tampa Bay, the Saints have been competitive in losses the past two weeks. But they have been plagued by a rash of penalties and other untimely mistakes — including turnovers in each of their past two losses. 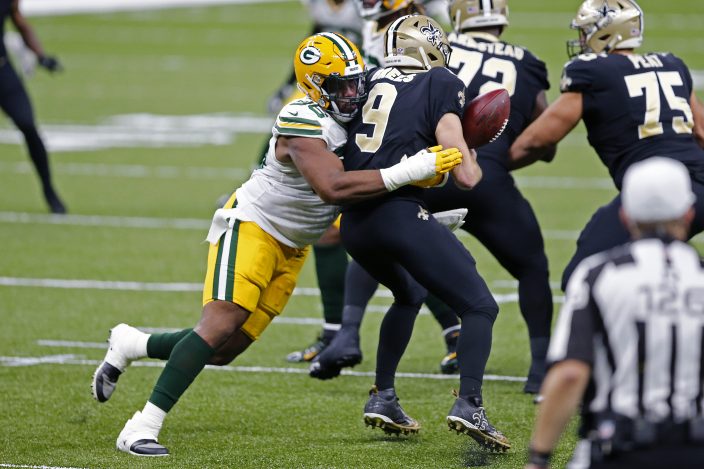 “We’ve got to just play a smarter brand of football and hopefully that will help,” said receiver Emmanuel Sanders, who caught a touchdown pass against the Packers. “We’re 1-2, but I know what type of team we got. I know we could go on a run here.”

Complicating matters has been the absence of key personnel on both sides of the ball. Top receiver Michael Thomas has not played in either of New Orleans' losses, while defensive end Marcus Davenport has yet to play at all.

Thomas has a sprained ankle and the timetable for his return remains unclear. Davenport practiced last week on a limited basis before the Saints decided not to play him against the Packers. 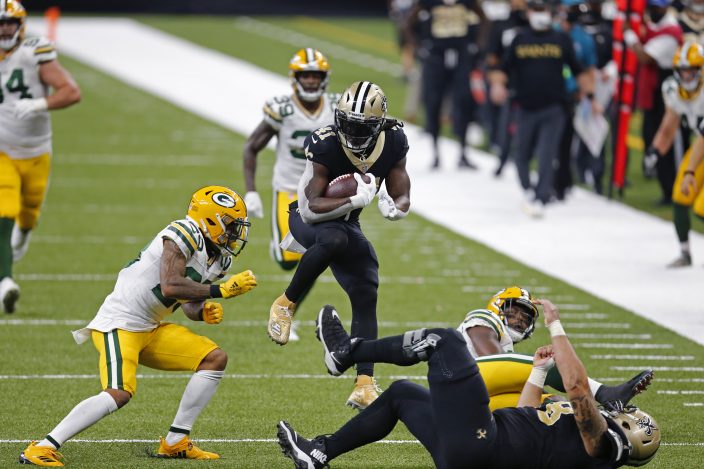 New Orleans Saints running back Alvin Kamara (41) leaps as he carries on a 52 yard touchdown pass play in the second half of an NFL football game against the Green Bay Packers in New Orleans, Sunday, Sept. 27, 2020. (AP PhotoBrett Duke)

With Davenport out, opposing offensive lines have been using double-teams to block defensive end Cameron Jordan, who does not have a sack yet this season after leading the club with 15 1/2 last year.

“Hopefully we have Davenport back this week,” coach Sean Payton said. “We think he can provide some added rush.”

The running game and the run defense. Kamara and Latavius Murray combined for 116 yards on 18 carries, highlighted by Kamara's 49-yard run.

“We’ve had some explosive plays in the run game and that was an emphasis of ours going into the season," left tackle Terron Armstead said.

Kamara's stock was already high but edged up even more with his nearly 200 scrimmage yards, highlighted by his explosive, agile and tackler-shedding 52-yard touchdown run in the second half.

“He’s a special talent, generational talent. He’s Black Panther-like,” Armstead said. “His balance is unreal. Just his anticipation and contact, like the way he prepares his body to absorb contact.”

Taysom Hill. While his ability to play tight end or serve as a change-of-pace read-option QB has sometimes played pivotal roles in Saints victories during the past couple seasons, he struggled in his limited opportunities against Green Bay. On one play, he committed offensive pass interference, wiping out a 6-yard gain. But his worst moment come when he fumbled on an option run as the Saints were in Packers territory and threatening to take a fourth-quarter lead.

Left guard Andrus Peat was carted off the field on Sunday night with what has been diagnosed as a high ankle sprain, according to a person familiar with the situation. The person spoke to the AP on condition of anonymity because the Saints have not released details on the injury.

331. The number of league-leading penalty yards the Saints have given up through three games. "Right now, it sort of seems like that’s killing us, the self-inflicting things that are extending (opponents') drives,” defensive end Cameron Jordan said.

The Saints travel to Detroit trying to avoid their first three-game skid since 2016.