Penalties continue to hurt the Dallas Stars, and the Tampa Bay Lightning's power play keeps making them pay in the Stanley Cup Final.

The Lightning led the Stars 1-0 after the first period of Game 6 of the final Monday night on Brayden Point's power-play goal. They were 40 minutes away from the second championship in franchise history.

Point was set up by Nikita Kucherov and Victor Hedman on the goal 12:23 into the game. Those three have been indisputably the Lightning's best skaters in the playoffs. 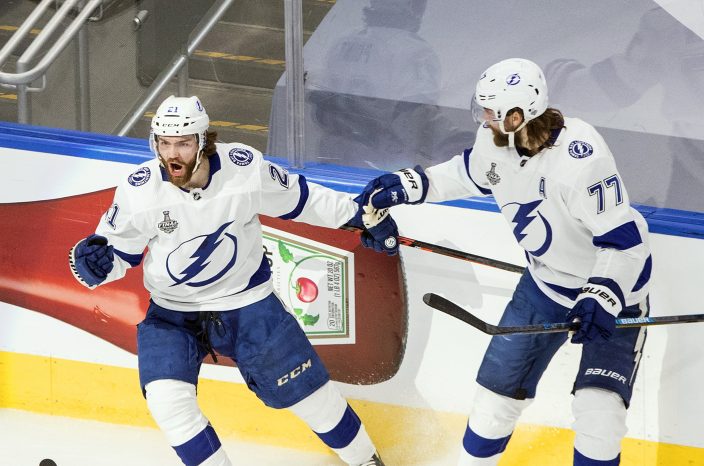 Tampa Bay is 7 of 15 on the power play over the past five games after an 0-for-14 drought dating to the Eastern Conference final.

Miro Heiksanen was in the box for Point's goal. Dallas took two penalties in the first 12 minutes of Game 6 after committing just one in Game 5, which was a key to them prolonging the series.

Tampa Bay had 11 of the first 12 shots Monday night, and nine of them came at 5-on-5. Dallas got its own power play at the end of the first, failing to score in the first 1:24 before the intermission. 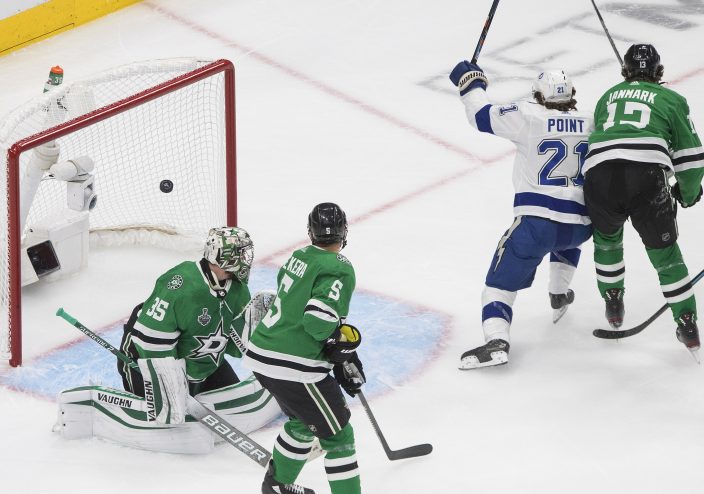 Tampa Bay made two lineup changes after its Game 5 loss, with defenseman Zach Bogosian returning and replacing Jan Rutta and forward Alexander Volkov going in for Carter Verhaeghe. It's Volkov's career playoff debut and first NHL game since Feb. 13, bringing fresh legs to the Lightning in the third game in four nights.

Veteran defenseman Andrej Sekera played for the Stars two nights after blocking a shot and missing a period and a half before returning. Dallas is already without five regulars: forwards Roope Hintz, Radek Faksa and Blake Comeau, defenseman Stephen Johns and goaltender Ben Bishop.

The Lightning played again without injured captain Steven Stamkos, who was ruled out of the series Sunday. Stamkos' entire contribution this postseason was limited to 2:37 in Game 3 when he scored a goal before aggravating his injury. 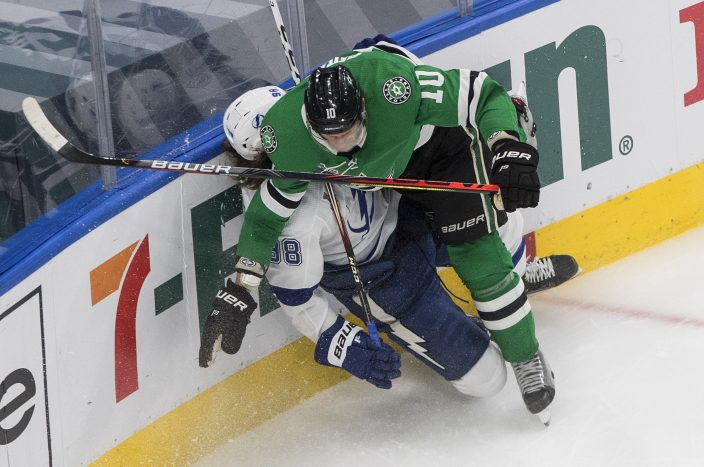 “He did everything he could to get back and he did get back and unfortunately he couldn’t go any further,” Cooper said. “Hopefully the next time you see him on the ice is during a trophy presentation.”

Bell fits seamlessly in Chiefs' offense in rout of ...

There was never a question that Br ...

Bubble crankiness ratchets up the nasty for Stars-Lightning