When the Tampa Bay Lightning were still in Toronto, they enjoyed some fresh air outside at the football stadium inside the bubble.

Is there anything this guy can't do? 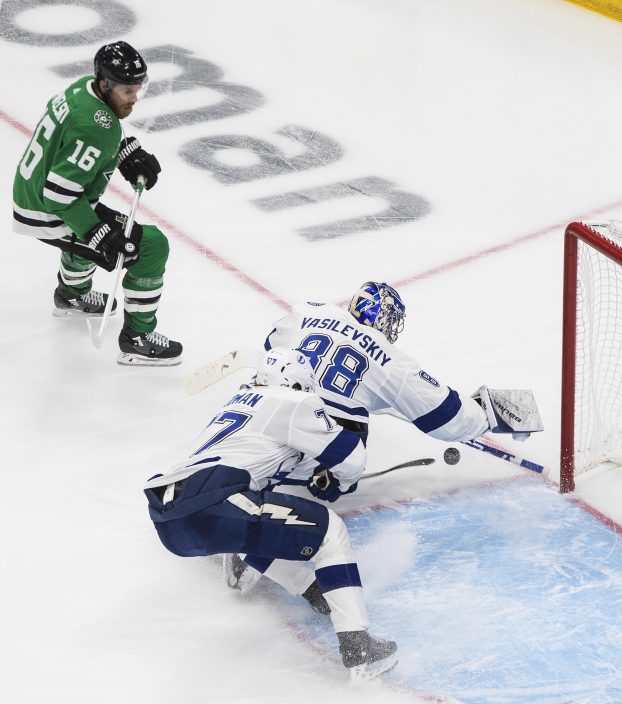 “That last period was probably the longest period of my life," Hedman said. "I’m at a loss for words. You obviously wish your family and fans could be here, but we felt the support from back home.”

Even with Nikita Kucherov and Brayden Point filling the scoresheet, it was impossible to overstate Hedman's value to Tampa Bay offensively, defensively and in the leadership department in the absence of injured captain Steven Stamkos. 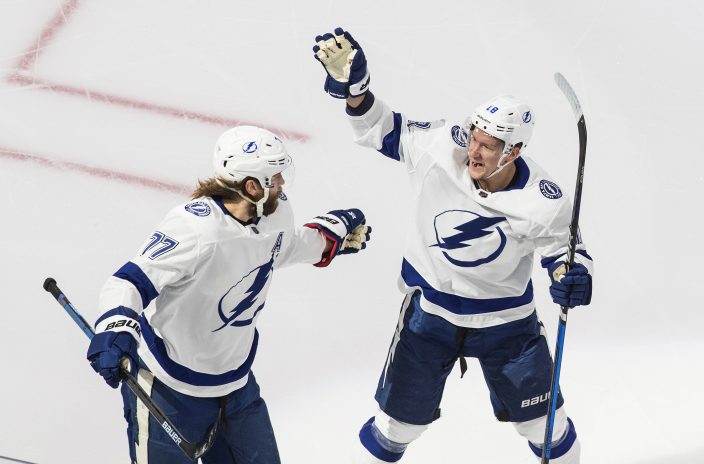 Five years after Tampa Bay's run to the final when coach Jon Cooper said Hedman “put us on his back," he scored 10 goals, saved many others and helped carry his team to a championship.

“Over the years you can kind of see his confidence grow, his ability to make plays just at the next level,” longtime teammate Tyler Johnson said. “He’s really just grown into the beast he is now.”

Hedman averaged 26 minutes and put up 22 points during the Lightning's 25-game ride from round-robin play through to the final. The 29-year-old skated almost a full hour during the Lightning's five-overtime victory against Columbus in the first round and he was a horse again in the double OT loss to Dallas in Game 5. 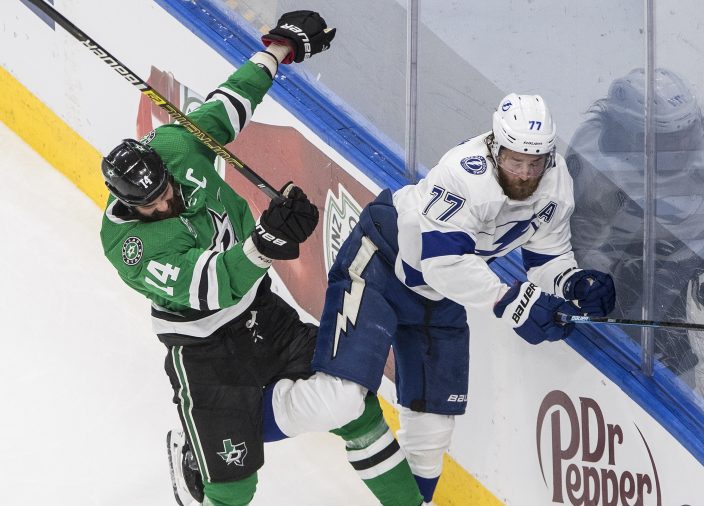 A Norris Trophy finalist as the NHL's top defenseman four years in a row and the 2018 winner, Hedman controlled the play and made the playoffs a personal showcase.

“I’ve never seen anyone 6-6 skate like him,” said Rick Bowness, who coached Hedman as a Tampa Bay assistant for five years and whose Dallas Stars were eliminated in the final by the Lightning. “He’s just a special athlete. He is. He’s a special person. He’s a wonderful down to earth humble kid with just tons of ability.”

Hedman has had huge moments in the playoffs: three game-winning goals, including the series clincher in overtime against Boston and Game 3 of the final to put the Lightning up on the Stars. In Game 4, he saved a goal by clearing the puck out before it slid into the net.

“He’s unbelievable,” said Nashville captain Roman Josi, this season's Norris winner. “I love watching him play. I remember playing against him when I was like 16 and I already knew how good he was going to be. He’s such a complete defenseman.”

Cooper, asked about the presence of former New York Rangers captain Ryan McDonagh in filling the leadership void with Stamkos injured, unprompted brought up Hedman. Stamkos also singled out Hedman for what he has done in the locker room, which includes making his teammates better.

“My first year I came into the league, Heddy won the Norris that year,” young defenseman Mikhail Sergachev said. “It was unbelievable to watch him play in every situation and how professional he is off the ice and how nice of a guy he is. ... On the ice, he’s a beast. It’s just fun to watch him play and learn from him.”