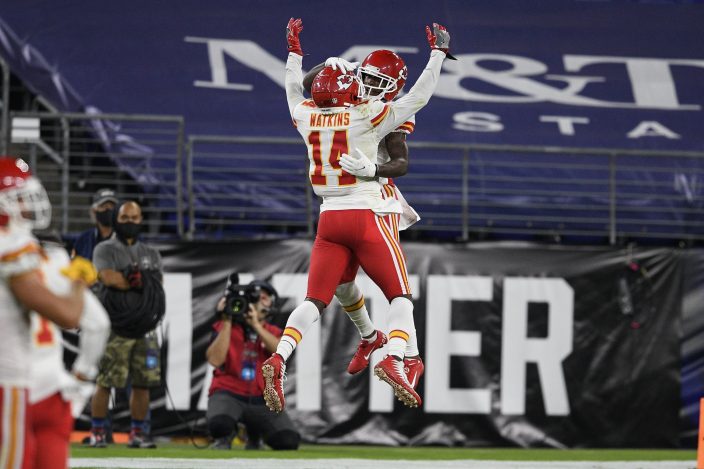 VIRUS OUTBREAK-MILESTONES — The worldwide death toll from the coronavirus has eclipsed 1 million, nine months into a crisis that has devastated the global economy, tested world leaders’ resolve, pitted science against politics and forced multitudes to change the way they live, learn and work. By Adam Geller and Rishabh R. Jain. SENT: 1,040 words, photos, video. With VIRUS-OUTBREAK-THE-LATEST.

ELECTION 2020-DEBATE — The first debate between President Donald Trump and Joe Biden looms as a milestone in an American election year like no other. It’s a potential pivot point for a race that has remained stubbornly unchanged in the face of historic tumult. But with partisan feelings hardened over the most polarizing of presidents, comparatively few undecided voters remain. By Jonathan Lemire and Jill Colvin. SENT: 1,120 words, photos, video. With ELECTION 2020-DEBATE-VIEWERS GUIDE; ELECTION 2020-DEBATE-QUESTIONS. 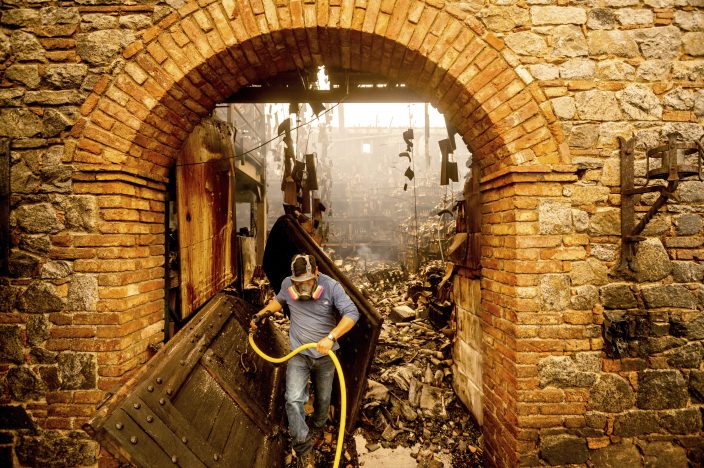 ELECTION 2020-TRUMP-ANALYSIS — Tuesday’s debate is one of Trump’s last opportunities to reshape the election race and color voters’ impressions of Joe Biden. Some Republicans say Trump’s attacks on Biden up to this point have been inconsistent and they worry the president hasn’t done enough to shape voters’ impressions of his opponent. By Washington Bureau Chief Julie Pace. SENT: 930 words, photos.

TRUMP-TAXES — Revelations that Trump is personally liable for more than $400 million in debt cast a shadow that ethics experts say raises national security concerns he could be manipulated to sway U.S. policy by organizations and individuals he’s indebted to. By Aamer Madhani and Deb Riechmann. SENT: 1,300 words, photos.

ELECTION 2020-AMERICA DISRUPTED-TRUMP DEFECTORS — Trump’s reelection depends largely on energizing his seemingly immovable base of support. But there are defectors, and they are finding one another on social media and sharing their stories. By Tamara Lush. SENT: 2,660 words, photos, graphic. An abridged version of 990 words is also available. 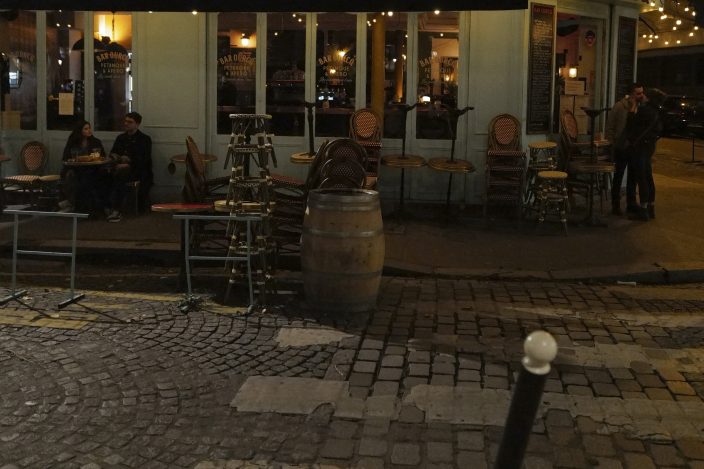 Customers enjoy on a bar terrace in Paris, Monday Sept. 28, 2020. French President Emmanuel Macron justified on Monday new restrictions in the country to limit the spread of the virus as restaurant and bar owners forced to shut down expressed anger at the measures. Milder restrictions have been ordered in ten other cities including Paris, with gyms shut down, public gatherings of more than 10 people banned and bars ordered to close at 10 p.m. (AP PhotoFrancois Mori)

LEBANON-DARK DAYS-ANALYSIS — The past year has been nothing short of an earthquake for Lebanon, hit by an economic meltdown, mass protests, financial collapse, a virus outbreak and a cataclysmic explosion that virtually wiped out the country’s main port. Yet Lebanese fear even darker days are ahead. By Zeina Karam. SENT: 1,150 words, photos. 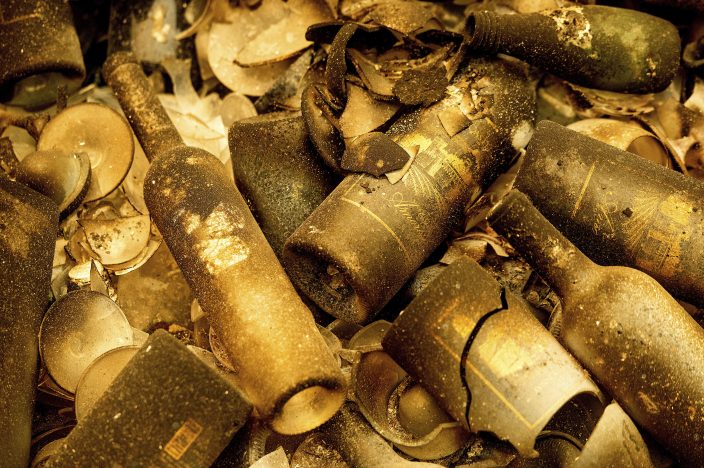 A waiter carries chairs to close a bar terrace in Paris, Monday Sept. 28, 2020. French President Emmanuel Macron justified on Monday new restrictions in the country to limit the spread of the virus as restaurant and bar owners forced to shut down expressed anger at the measures. Milder restrictions have been ordered in ten other cities including Paris, with gyms shut down, public gatherings of more than 10 people banned and bars ordered to close at 10 p.m. (AP PhotoFrancois Mori)

VIRUS OUTBREAK-NYC SCHOOLS — Hundreds of thousands of elementary school students are heading back to classrooms as New York City enters a high-stakes stage of resuming in-person learning during the coronavirus pandemic, which is keeping students at home in many other big U.S. school systems. SENT: 520 words, photos.

VIRUS OUTBREAK-ASIA — One southern Philippine province and its war-battered capital will be placed under a mild lockdown next month and the rest of the country will be under more relaxed restrictions to boost the battered economy of the country counting the most coronavirus infections in Southeast Asia. SENT: 750 words, photos.

SUPREME COURT-BARRETT-FAITH — Trump’s nominee for the Supreme Court has close ties to a charismatic Christian religious group that holds men are divinely ordained as the “head” of the family and faith. SENT: 3,450 words, photos. An abridged version of 980 words is also available.

ELECTION-2020-VOTER-PURGE-LAWSUITS — The Wisconsin Supreme Court is scheduled to hear arguments in a case that could result in the purging of about 130,000 people from voter rolls in the hotly contested battleground state. SENT: 700 words, photo.

ELECTION 2020-IOWA-SENATE — Iowa U.S. Sen. Joni Ernst says she had been “very consistent” in her views on Supreme Court justices despite supporting a vote on Trump’s nominee while working with other Republicans to block a nomination by President Barack Obama. SENT: 720 words, photos.

ELECTION 2020-GEORGIA-CONGRESS — Seven candidates are facing off in a special election to become the short-term successor to the late U.S. Rep. John Lewis in Georgia. SENT: 390 words, photos.

CALIFORNIA-WILDFIRES — Firefighters say they hoped dying winds would enable them to bear down on a wildfire that exploded in the Northern California wine country, prompting tens of thousands of evacuations while a second blaze killed at least three people. SENT: 810 words, photos, video.

RACIAL-INJUSTICE-PROTESTERS-INJURED — The organizer of a Southern California rally against racism who drove into a crowd of counterprotesters had asked police for help from a hostile crowd but was ignored, her lawyer says. SENT: 710 words, photos.

INDIA-AMNESTY-INTERNATIONAL — Amnesty International says that it is halting its operation in India, citing reprisals from the government and the freezing of its bank accounts by Indian authorities. SENT: 590 words, photos.

CHINA-US-AMBASSADOR-INTERVIEW — The departing U.S. ambassador in Beijing has defended a tough approach to China that has riled relations between the world’s two largest economies. An AP Interview. By Ken Moritsugu. SENT: 770 words, photos.

GREECE-US-POMPEO — U.S. Secretary of State Mike Pompeo visits a U.S. naval base at Souda Bay on the southern Greek island of Crete, ahead of a meeting with Greece’s prime minister on the second day of his trip to the country. SENT: 470 words, photos. With JAPAN-QUAD MEETING — U.S., Australia, India ministers to meet in Japan next week.

KOREAS-MISSING OFFICIAL — South Korea says that a government official slain by North Korean sailors wanted to defect, concluding that the man, who had gambling debts, swam against unfavorable currents with the help of a life jacket and a floatation device and conveyed his intention of resettling in North Korea. SENT: 400 words, photos.

JAPAN-TELECOMS — Japanese telecoms giant Nippon Telegraph & Telephone, or NTT, says it will spend $38 billion to buy out and take private its mobile unit NTT DoCoMo as it restructures for the 5G era. By Business Writer Elaine Kurtenbach. SENT: 450 words, photos.

FINANCIAL MARKETS — Asian stocks were mixed after Wall Street recovered some of this month’s losses as investors looked ahead to a debate between Trump and Biden. By Business Writer Joe McDonald. SENT: 580 words, photos.

STANLEY-CUP — Brayden Point scored his playoff-best 14th goal and the Tampa Bay Lightning beat the Dallas Stars 2-0 to win the Stanley Cup and finish off the most unusual NHL postseason in history, staged nearly entirely in quarantine because of the pandemic. By Hockey Writer Stephen Whyno. SENT: 1,430 words, photos.

PLAYOFFS-LARKIN’S BAT PROJECT — If you look closely at the bats being swung in this year's playoffs you might notice something on the knobs: a label with a graphic design of two clasped hands — one Black, one white — over the words “Heal” and “Unite.” By Baseball Writer Ben Walker. SENT: 600 words, photos.