French President Emmanuel Macron pushed for European mediation in the Belarus political crisis after a meeting with the country’s opposition leader Tuesday.

During a visit to Lithuania, Macron met with Sviatlana Tsikhanouskaya, the main opponent of Belarus President Alexander Lukashenko. Tsikhanouskaya went into exile in that country after the Aug. 9 presidential election.

“We had a very good discussion. Now we need to be pragmatic and to support Belarus people and we will do all that,” Macron told reporters. 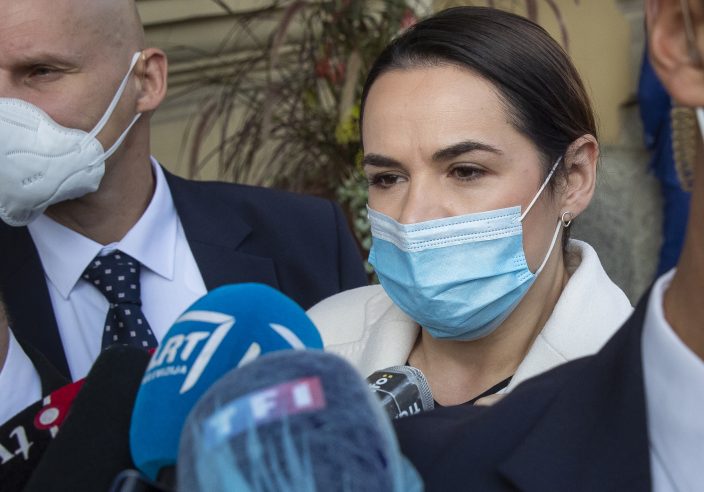 Macron had praised Tsikhanouskaya's courage during a news conference in Vilnius on Monday. “We do not recognize the election of Lukashenko and so we don’t recognize his status as president,” he said.

The European Union said last week it does not recognize Lukashenko as president of Belarus because of large-scale protests by Belarusians who question the results of last month’s presidential elections that Lukashenko claims he overwhelmingly won.

Macron was quoted in Sunday’s Journal du Dimanche newspaper as saying “it’s clear that Lukashenko must go,” ahead of his three-day trip to Lithuania and Latvia.