Second-seeded Karolina Pliskova advanced to the second round of the French Open by beating Mayar Sherif 6-7 (9), 6-2, 6-4.

Sherif was the first Egyptian player to qualify for the main draw at Roland Garros. 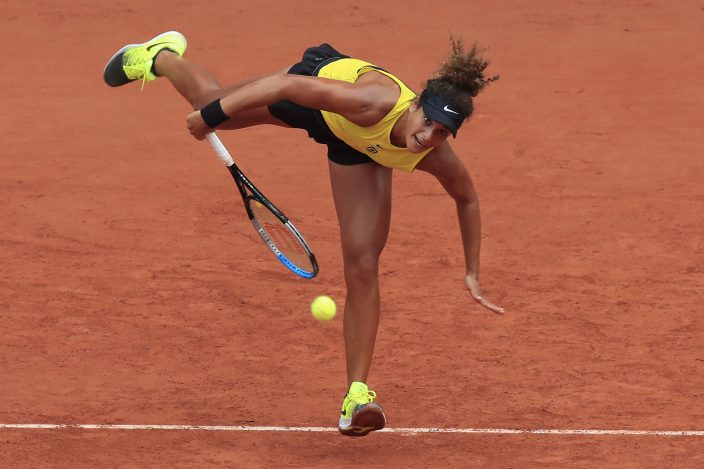 Egypt's Mayar Sherif serves against Karolina Pliskova of the Czech Republic in the first round match of the French Open tennis tournament at the Roland Garros stadium in Paris, France, Tuesday, Sept. 29, 2020. (AP PhotoMichel Euler)

She saved five break points in the seventh game of the third set. Pliskova finally broke and then held to love for a 5-3 lead on Court Philippe Chatrier.

Pliskova clinched victory with an ace on her first match point.

The former top-ranked player reached the semifinals at Roland Garros in 2017 and next faces Jelena Ostapenko. The big-hitting Latvian player won the French Open that year.