At last year’s Latin Grammy Awards, popular reggaeton and Latin trap musicians such as J Balvin, Bad Bunny and Ozuna were dismissed in the show’s top categories. This year, they dominate.

Balvin scored a whopping 13 nominations for the 2020 Latin Grammys, including two nominations for album of the year and two for record of the year. The Latin Academy announced Tuesday that Bad Bunny and Ozuna are behind Balvin with nine and eight nominations, respectively.

Balvin has a chance to win his first album of the year prize — a category with 10 contenders — thanks to his fifth solo album “Colores” and “Oasis,” his collaborative project with Bad Bunny. Other nominees include Bad Bunny’s sophomore release “YHLQMDLG” as well as albums from Ricky Martin, Carlos Vives, Jesse & Joy, Kany García, Natalia Lafourcade, Camilo and Fito Paez. 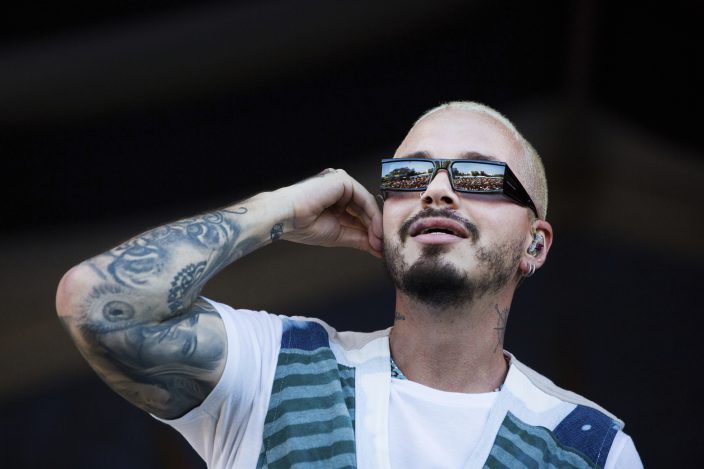 FILE - J Balvin performs at the New Orleans Jazz & Heritage Festival in New Orleans on April 28, 2019. Balvin scored a whopping 13 nominations at the 2020 Latin Grammys, including two nominations for album of the year and two for record of the year. (AP PhotoSophia Germer, File)

For record of the year, which also has 10 nominees, contenders include popular hip-hop-flavored Latin songs that have dominated the Latin music charts and earned hundreds of millions plays on streaming services, with some even reaching the billion-mark on YouTube, including Karol G and Nicki Minaj’s global hit “Tusa” and “China” by Anuel AA, Daddy Yankee, Karol G, Ozuna, Balvin and Marco Masis. Other nominees include Balvin’s “Rojo” and Bad Bunny’s “Vete.”

“Tusa” is the sole Latin trap nominee in the song of the year category, where 11 tracks are in contention. It’s a departure for Karol G, who didn’t receive a single nomination last year and was part of the group of uber-successful Latin trap and reggaeton artists who were dissed in top categories like album, song and record of the year. 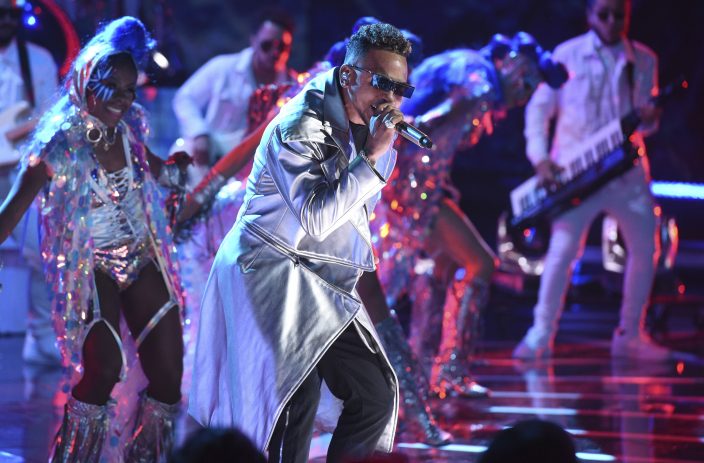 FILE - Ozuna performs at the Latin American Music Awards in Los Angeles on Oct. 17, 2019. Ozuna received eight nominations at the 2020 Latin Grammys, which will air live on Nov. 19 on Univision. (Photo by Chris PizzelloInvisionAP, File)

“Over the last year, we continued engaging in discussions with our members to improve the awards process and actively encouraged diverse Latin music creators to join and participate,” Latin Academy President and CEO Gabriel Abaroa Jr. said in a statement, calling this year’s nominees “a group that reflects the constant evolution of Latin music.”

As a result of last year’s debacle social media exploded as Latin artists posted images of the Grammy logo with a large red “X″ across it, with words on the image reading in Spanish: “Without reggaeton, there’s no Latin Grammys.” Balvin even skipped the live show and Bad Bunny, who won best urban music album during the telecast, told the audience: “With all due respect, reggaeton is part of the Latin culture.” 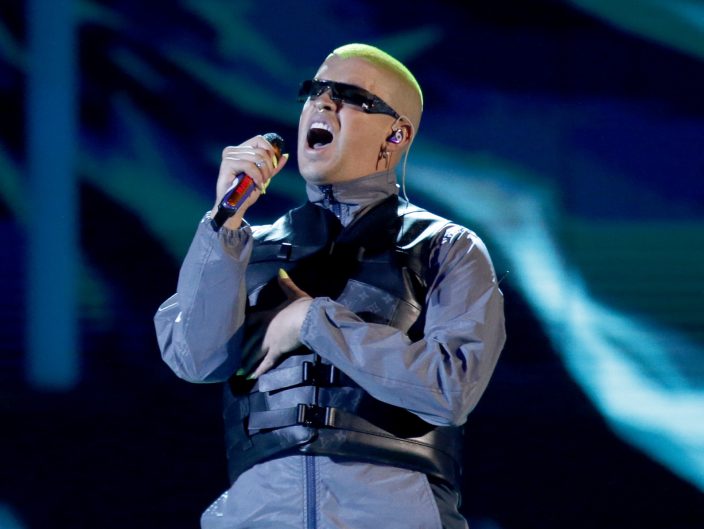 FILE - Bad Bunny performs a medley at the Billboard Latin Music Awards in Las Vegas on April 25, 2019. Bad Bunny received nine nominations at the 2020 Latin Grammys, which will air live on Nov. 19 on Univision. (Photo by Eric JamisonInvisionAP, File)

Others who scored multiple nominations include Juanes, Martin, Alejandro Sanz, Camilo, Carlos Vives, Kany García and Residente, the most decorated winner in the history of Latin Grammys. Rosalía, who won album of the year last year and became the first solo female performer to win the top honor since Shakira’s triumph in 2006, earned four nominations this year.

The 21st annual Latin Grammy Awards will air live on Nov. 19 on Univision. The nominees in the 53 categories were selected from more than 18,000 entries. Songs and albums released between June 1, 2019 through May 31, 2020 were eligible for nomination.