European Union officials and Germany came to the defense of an EU commissioner Tuesday after Hungarian Prime Minister Viktor Orban called for her resignation because she publicly criticized his government's policies.

In an interview with German weekly newspaper Der Spiegel on Saturday, Jourova said Hungary under Orban was veering away from Western democracy, especially now than media freedom had come under attack. 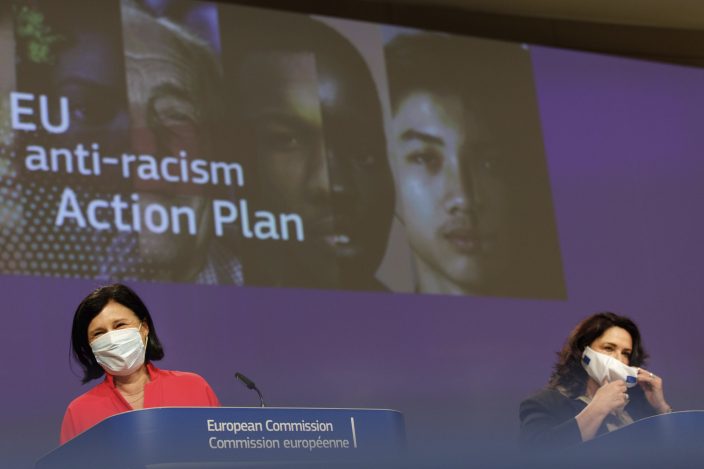 “There is hardly any criticism of the government in Hungarian media anymore, so that a large majority of Hungarians may no longer be able to form a free opinion," she told the newspaper. “I fear the people in Hungary could one day discover that their last election was also their last free election.”

In a stinging letter to EU Commission President Ursula von der Leyen on Monday, Orban wrote that Jourova's statements “are not only a direct political attack" against his government but also “a humiliation to Hungary and the Hungarian people."

“Her resignation is indispensable," Orban said.

“Our concerns when it comes to the rule of law situation in Hungary are well known. They will be addressed in our rule of law report," which Jourova is scheduled to present Wednesday, Spinant said.

Orban's letter also spawned an outpouring of support for Jourova among EU legislators.

The national soccer stadium in Alb ...