President Donald Trump reportedly must pay back more than $300 million in loans over the next four years, raising the possibility his lenders could face an unprecedented situation should he win a second term and not be able to raise the money: foreclosing on the leader of the free world.

Even with a total debt load across his entire business empire estimated at more than $1 billion, they note he still has plenty of assets he could cash in, starting with a portfolio that includes office and condo towers, golf courses and branding deals that have been valued at $2.5 billion. 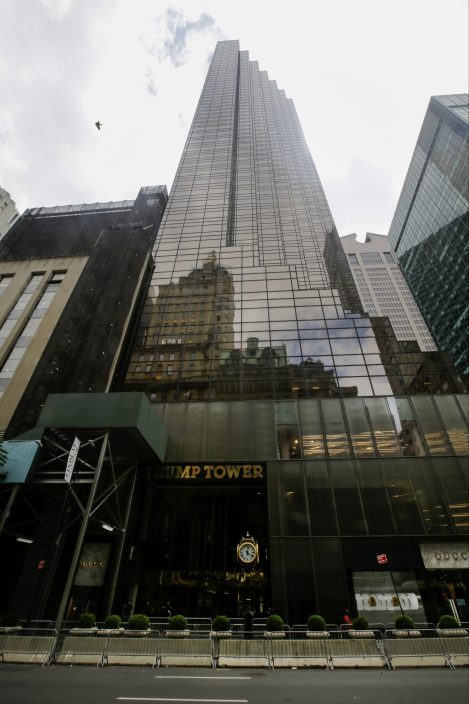 FILE - In this Tuesday, July 7, 2020 file photo, pedestrians walk past the Trump Tower building in New York. Trump’s true financial picture has gotten renewed scrutiny in the wake of a New York Times report in September 2020 that he declared hundreds of millions in losses in recent years, allowing him to pay just $750 in taxes the year he won the presidency, and nothing for 10 of 15 years before that. (AP PhotoFrank Franklin II, File)

Based on Forbes magazine estimates of the value of his buildings, for instance, selling his partial interests in just two properties— an office complex in San Francisco and a Las Vegas tower that houses a hotel and condos — could bring in $500 million alone.

Trump’s true financial picture has gotten renewed scrutiny in the wake of a New York Times report this week that he declared hundreds of millions in losses in recent years, allowing him to pay just $750 in taxes the year he won the presidency, and nothing for 10 of 15 years before that.

But the Times report was quick to note that tax filings alone can’t help determine someone’s net worth. And several experts told The Associated Press that, while the true state of Trump’s financial situation is unclear because of a lack of public information, he is probably not scrambling for money. 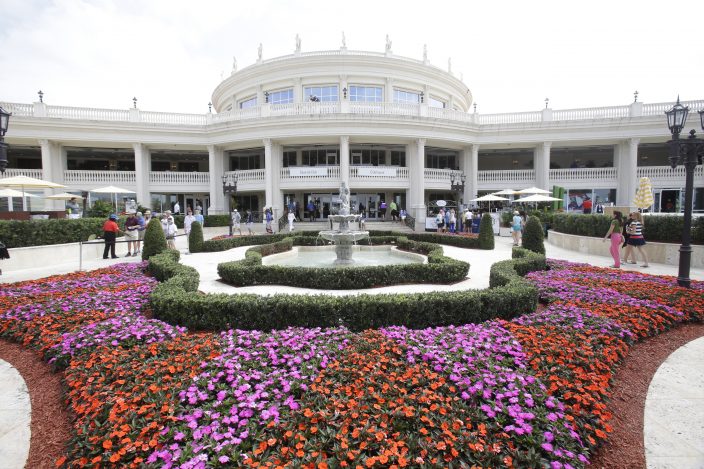 FILE - This March 7, 2015 file photo shows the Trump National Doral clubhouse in Doral, Fla. Trump’s true financial picture has gotten renewed scrutiny in the wake of a New York Times report in September 2020 that he declared hundreds of millions in losses in recent years, allowing him to pay just $750 in taxes the year he won the presidency, and nothing for 10 of 15 years before that. (AP PhotoWilfredo Lee, File)

At issue is the often wide difference between what businesses report as profits and losses to the IRS and what they actually receive in profits they put in their pockets.

Plenty of real estate investors report big losses under tax accounting rules and pay little in federal taxes. That is because the tax code allows them to reduce their tax bills with myriad legal loopholes and breaks, including sometimes generous depreciation charges that reflect expected wear and tear on buildings.

Phillip Braun, a finance professor at Northwestern University’s Kellogg School of Business, said Trump’s minuscule tax payments don't surprise him, nor do the losses claimed. “His accountants work really to make sure he doesn’t pay any taxes,” he said. 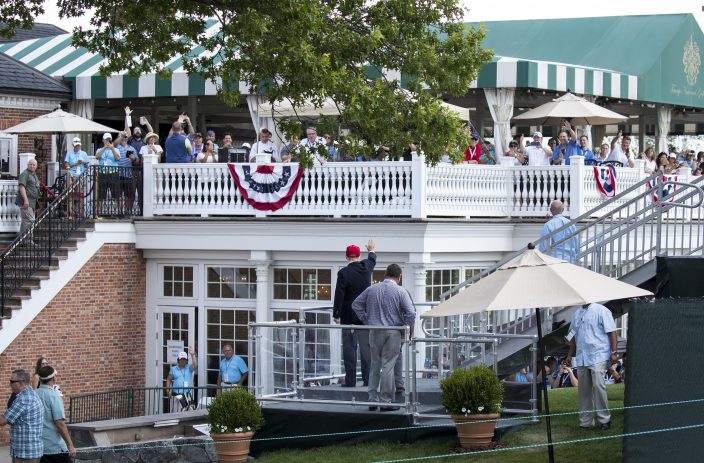 FILE - In this July 15, 2017 file photo, President Donald Trump turns to wave to people gathered at the clubhouse as his walks to his presidential viewing stand during the U.S. Women's Open Golf tournament at Trump National Golf Club in Bedminster, N.J. Trump’s true financial picture has gotten renewed scrutiny in the wake of a New York Times report in September 2020 that he declared hundreds of millions in losses in recent years, allowing him to pay just $750 in taxes the year he won the presidency, and nothing for 10 of 15 years before that. (AP PhotoCarolyn Kaster, File)

A better idea of how Trump is faring, Braun said, comes from Trump’s operating profits.

According to Forbes’ latest valuation, even pandemic-reduced prices leave Trump with $2.5 billion worth of properties and other assets, and that is after subtracting his $1.2 billion in debt. 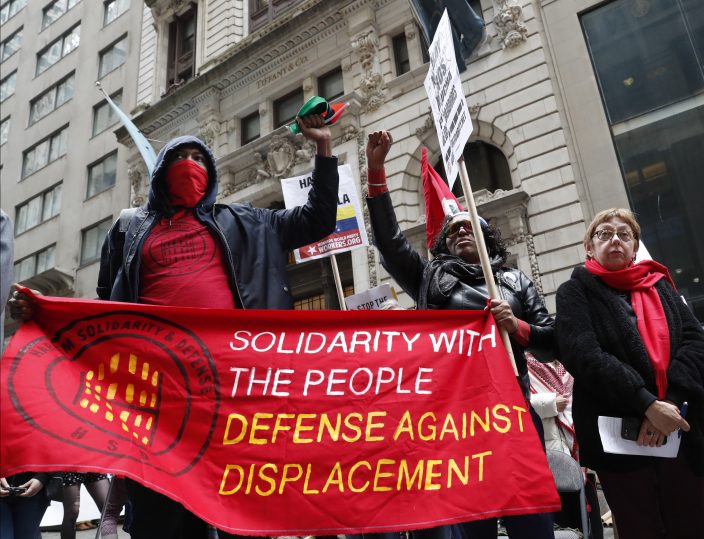 FILE - In this Wednesday, May 1, 2019 file photo, people from Harlem Solidarity and Defense, protesting displacement from gentrification of their neighborhood, hold a banner during a May Day rally in front of 40 Wall Street, a Trump-owned property in New York. President Donald Trump is facing a reported $421 million in loans due in the next four years, a sum that’s been portrayed as a tightening vise on his finances and an ethical minefield for his administration. But financial experts say Trump has plenty of options and assets to pay off that debt, starting with a portfolio that includes office towers, golf courses and branding deals that's been valued at $3.6 billion. (AP PhotoKathy Willens, File)

The Times said Trump’s real estate company has $421 million in loans he has personally guaranteed, with $300 million of that coming due over four years.

The Trump Organization did not immediately respond to an email and phone call requesting comment. Trump dismissed the Times story as “fake news” and said he is “extremely underleveraged.”

“I have very little debt compared to the value of assets,” he wrote.

Among his lenders listed in his personal financial disclosure are New York-based commercial lender Ladder Capital, which is owed at least $110 million, and Bryn Mawr Trust Co. a suburban Philadelphia bank, which held Trump debt worth between $5 million and $25 million for Seven Springs, a New York estate owned by the Trump Organization.

Trump’s biggest lender on his disclosure is Deutsche Bank, his chief financier stretching back two decades. It helped him buy and fix up several buildings in New York and Chicago and his Doral golf club in Miami. It is owed at least $125 million, with loans coming due in 2023 and 2024.

One option for Trump is to get his lenders to refinance his debt or to take out a new loan. Deutsche Bank is an obvious candidate to help him with either because it has been so forgiving to him over the years.

Trump defaulted on bonds that the bank helped sell to investors to finance his casinos in Atlantic City, New Jersey, and a bank loan for his Chicago hotel and condo tower, and yet the bank has continued to lend to him.

“If I was sitting at my old job and a Trump loan was coming due next year and he’s the president, I would just say let’s extend the maturity," said Mike Offit, a former executive at Deutsche Bank who lent to Trump in the late ’90s

But several other real estate experts aren't so sure Deutsche Bank may be willing to lend Trump any more.

The bank has been subject to money laundering and tax evasion investigations in Germany and the U.S., and last year settled with the U.S. stock market regulators for allegedly violating the Foreign Corrupt Practices Act by hiring relatives of government officials in Asia and Russia to drum up business for its investment banking division. In addition, its U.S. division has failed a few annual “stress tests” administered by the Federal Reserve in recent years, hampering its ability to lend.

Another problem: Not all Trump’s lenders are banks and other institutions that he can negotiate with across a table.

Nancy Wallace, a real estate professor at the University of California, Berkeley’s Haas School of Business, said that hundreds of millions of Trump’s bank loans have been packaged into bonds and sold to investors, and the banks are no longer in charge. If a borrower looks like it is in trouble, there could be less room to cut it a break.

Office buildings and hotels have also been hit especially hard by the lockdowns and travel restrictions. So lenders may not be eager to lend to Trump now, and selling off parts of his sprawling empire to raise cash won’t be so easy either, and is not likely to get him full value,

Still, “the real estate lending market is difficult at the moment, but for buildings throwing off cash? That shouldn’t be a problem,” said Bernard Kent, chairman at Schechter Investment Advisors in Detroit. “For something like Trump Tower, the future cash flow wouldn’t be tremendously affected by COVID-19 or people moving out of New York. Top-flight properties there tend to hold value.”

If all is lost, and Trump is really in trouble, some experts say there is another way he could raise money to pay off his lender: copy rocker David Bowie, who sold bonds that allow investors to make money off his music royalties.

"Trump Bonds” would enable investors to share in his future earnings from selling his name to, say, condo builders or purveyors of steaks or colognes or neckties.

“Trump has a brand that has value,” Kent said.

A back-and-forth game that feature ...

Sudan says it has signed an agreem ...