Tottenham staged a second-half comeback before eliminating Chelsea on penalties to reach the quarterfinals of the League Cup on Tuesday.

The first nine penalties were all successfully converted before Chelsea's Mason Mount missed the target to ensure Tottenham advanced 5-4 in the shootout after the game ended 1-1.

Tottenham, playing its second of three games in a four-day span, was completely overwhelmed by Chelsea in a first half when Timo Werner scored his first goal for the west London club. 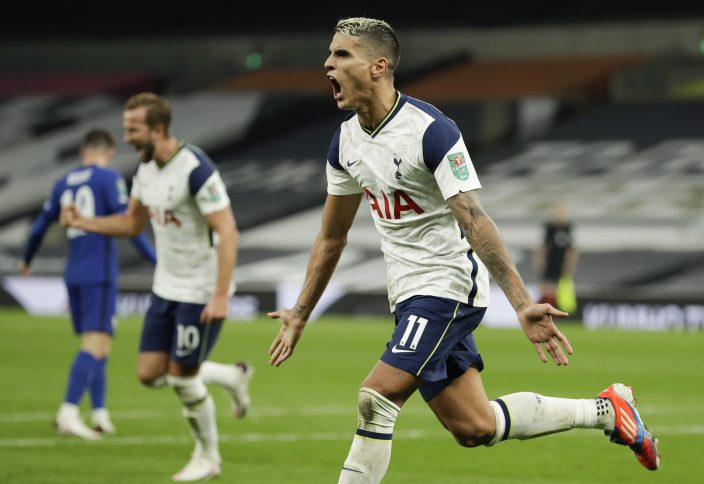 Sergio Reguilón gave the ball away on his Tottenham debut at left back before Werner scored in the 19th minute. But the recruit from Real Madrid made amends in the second half when Jose Mourinho's side was transformed, showing the threat missing before the break.

Reguilón chipped the ball over for Erik Lamela, who got ahead of Emerson Palmieri to net the equalizer in the 83rd minute.

No extra time is played in the League Cup, so the game went straight to penalties and Tottenham scored all its spot kicks in a shootout without the usual pressure coming from the stands. Games are being played in empty stadiums still due to the pandemic. 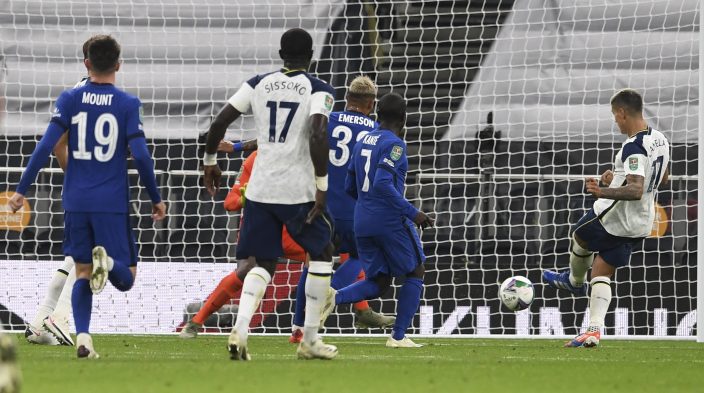 Tottenham returns to action in its stadium on Thursday to play Maccabi Haifa in the Europa League qualifying playoffs.

Man U lets in 6, Liverpool concedes 7 in incredible EPL day