Like head coach Rick Bowness, who likely soon will shed the interim tag, they were disappointed and drained after more than two months inside the NHL bubble, where this most unusual season ended with a loss in Game 6 of the Stanley Cup Final.

“Go through a lot with that group,” Benn said before going silent for more than a full minute, even when asked another question. “It was a good run ... it's tough here, you're two games away from the Stanley Cup.” 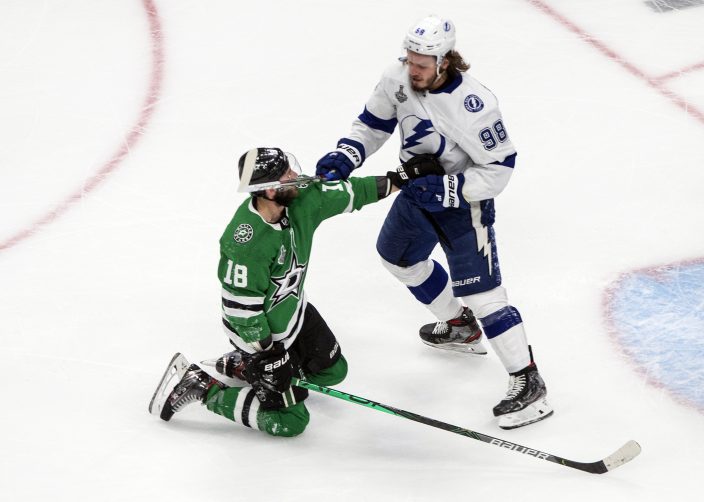 It was a group that overcame miserable stretches to start and finish the regular season, and an unexpected coaching change in between. A group not really expected to be one of the last two teams playing in a season that wrapped up nearly a full year after it began, especially as the injures mounted.

Now the focus turns to the future of the 65-year-old Bowness, the interim head coach who has been behind NHL benches in parts of five different decades.

After Dallas wrapped up the Western Conference final two weeks ago, general manager Jim Nill said Bowness had “definitely” earned the right to come back as coach. Team owner Tom Gaglardi has indicated the same. 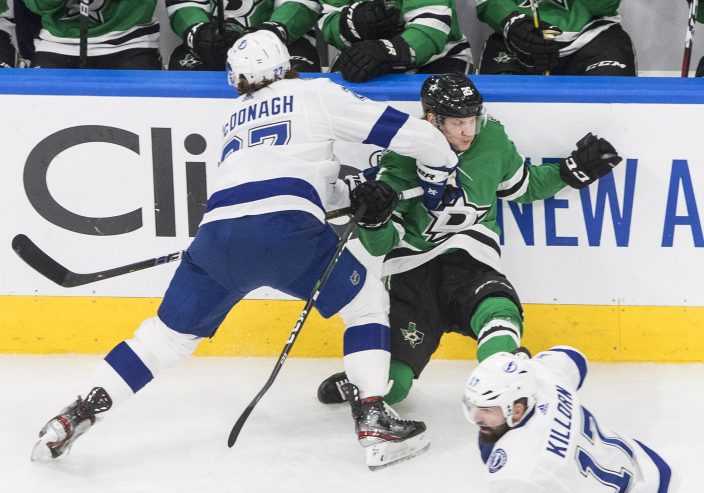 Bowness was hired by Dallas before the 2018-19 season as an assistant for first-year coach Jim Montgomery, who made the jump from the college ranks. Bowness became the interim head coach when Montgomery was fired for off-ice issues last December.

Nill and Bowness agreed then that the interim tag would hold through the season, and they would discuss things after that. No one could have known that would be nearly 10 months later — after a 4 1/2-month pause to the NHL season because of the pandemic, and then the team’s first Stanley Cup Final since 2000.

After repeatedly deflecting questions about his future all postseason, Bowness gave some indication of his thoughts after the season-ending 2-0 loss to Tampa Bay.

Khudobin, with his fifth different team over 11 NHL seasons, had never started a playoff game before Ben Bishop was declared unfit to play for pretty much the entire time in Edmonton. Khudobin went 14-10 with a 2.69 goals-against average and .917 save percentage this postseason.

After two years as Bishop’s primary backup, and an impressive playoff run, the 34-year-old Khudobin is an unrestricted free agent. Bishop just finished the third season of his $29.5 million, six-year contract.

Dallas ended the season with several injured regulars, including Bishop, who last played Aug. 31, and forwards Radek Faksa, Blake Comeau and Roope Hintz. Everybody else had plenty of bumps, bruises and assorted ailments; Tyler Seguin talked about waiting in line to get in into the trainer’s room.

“We left everything on the ice," Bowness said. “We pushed this team as far as it could get.”

Joe Pavelski and Corey Perry combined to score the Stars’ last six goals in the Stanley Cup Final. The veteran forwards were the primary additions in free agency last summer, along with veteran defender Andrej Sekera.

The 13 goals by Pavelski, who still has two seasons left on his deal, were more in a single postseason than any other player 36 or older and only one fewer than his 14 during the regular season. His 61 career playoff goals are now the most for an American-born skater.

Perry, 35, and Sekera, 34, are free agents again. Center Mattias Janmark, an effective penalty killer with the Stars since his NHL debut in 2015-16, is headed into free agency for the first time at the age of 27.

Miro Heiskanen, who got a taste of the playoffs as a 19-year-old rookie last season, produced on both ends of the ice this postseason. He finished with six goals and 20 assists inside the bubble.

Rookie forward Denis Gurianov, who led the team with 20 goals during the regular season, had four goals and an assist in the Game 6 clincher over Calgary in the first round. The second round ended when Joel Kiviranta, who had one goal in 11 regular-season games, finished off a hat trick with his overtime goal in Game 7 against Colorado.