Now if they could just do something about that 32-year drought in winning a championship. 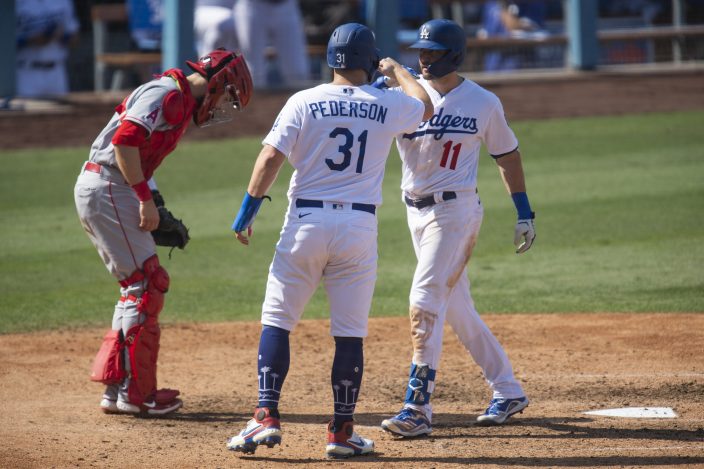 With Mookie Betts in the fold, the Dodgers are poised for a new challenge in the postseason, starting with Game 1 Wednesday in their best-of-three playoff series against the Milwaukee Brewers.

Betts was as good as advertised in his first season in Los Angeles, hitting 16 homers at the top of the order. He led the team in stolen bases with 10. 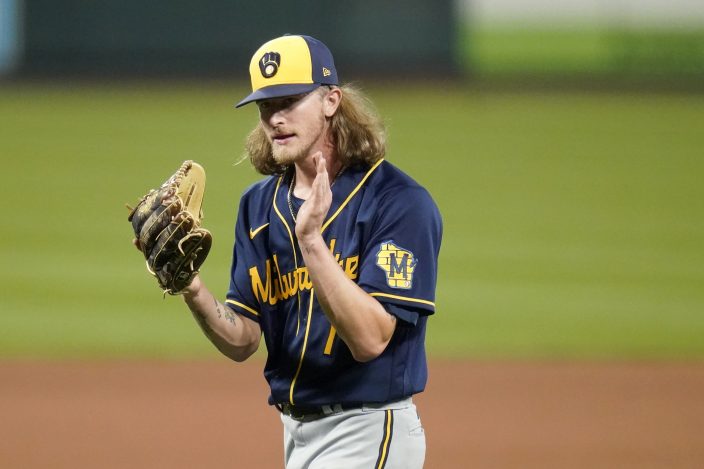 Milwaukee Brewers relief pitcher Josh Hader celebrates after getting St. Louis Cardinals' Paul Goldschmidt to fly out in foul territory for the final out of a baseball game Saturday, Sept. 26, 2020, in St. Louis. The Brewers won 3-0. (AP PhotoJeff Roberson)

“With Mookie at the top kind of setting that tone, it just has that trickle down effect,” third baseman Justin Turner said. “Our entire order takes pride in grinding out at-bats and making guys work. We have a lot of guys that can hurt you with one swing.”

The eighth-seeded Brewers take on the Dodgers in the wild-card round, having advanced to their third straight postseason appearance for the first time in franchise history.

Milwaukee reached the 2018 NL Championship Series, losing to the Dodgers in seven games. It's the only other time the teams have met in the postseason. They haven't faced each other since the 2019 season.

The Dodgers lost back-to-back World Series appearances in 2017 and 2018; they were eliminated in five games by Washington in last year's NL Division Series.

As good as the Dodgers have been, the Brewers never got above .500 all season and finished with a losing mark of 29-31, getting into the postseason thanks to holding a tiebreaker over the San Francisco Giants.

Roberts believes the Dodgers can overcome whatever the Brewers throw at them.

“You got to expect anything — the gamesmanship, getting the lineup late or throwing a pitcher for a hitter or going to the 'pen,” he said. “We can sort of combat anything.”

The Dodgers will start right-hander Walker Buehler in Game 1 on Wednesday night. He has battled a blister that sent him to the injured list twice in the last month. He reached out to consult former teammate Rich Hill, who dealt with blisters several times as a Dodger pitcher.

“You kind of throw out the stat sheet once you get to the postseason and understand he’s still a superstar player,” Roberts said of Yelich. The Brew Crew overall had an average of .223, worst in team history.

Besides Bellinger, the Dodgers' other key left-handed hitters — Max Muncy and Joc Pederson — have struggled. Muncy batted .192 and Pederson hit .190, so all they'll be looking to bust out during the postseason. Their collective slump was covered by the performance of Betts, Corey Seager's return to form and Will Smith's offensive emergence. Smith is hitting .348 this month, with 12 runs, 14 RBI and an OPS of 1.048. Turner was limited to 10 games this month because of a strained hamstring, but the third baseman known for his breakout postseason performances still hit .394.

The Brewers took a major hit when Corbin Burnes went on the injured list last week with an oblique injury that will keep him out of this series. He was one of the NL's top starters with a 4-1 record and 2.11 ERA. Burnes' absence puts extra pressure on Brandon Woodruff, who was 3-5 with a 3.05 ERA, and would be working on short rest if he goes in Game 1. He came up big last weekend with 10 strikeouts over eight shutout innings in a must-win game. Former Dodgers pitcher Brett Anderson is dealing with a blister that forced him out of the final game of the season. Milwaukee's other starters — Josh Lindblom and Adrian Houser — both have ERAs over 5.00. Don't forget, though, the Brewers forced the Dodgers to seven games in the NLCS two years ago by cobbling together innings from multiple pitchers.