A capsule look at the best-of-three playoff series between the St. Louis Cardinals and San Diego Padres beginning Wednesday. All games in San Diego: 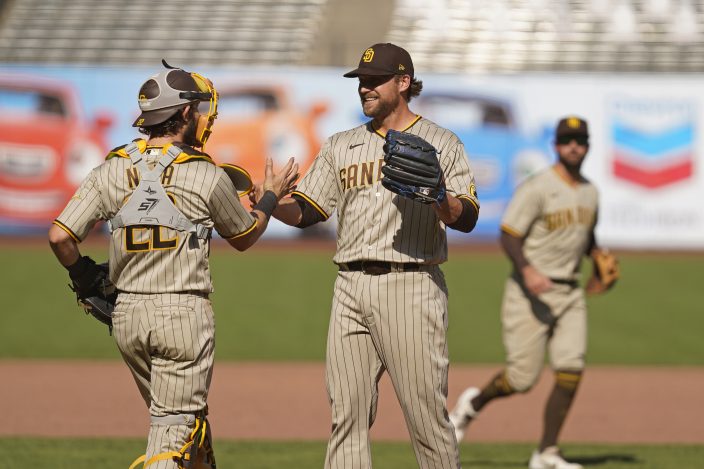 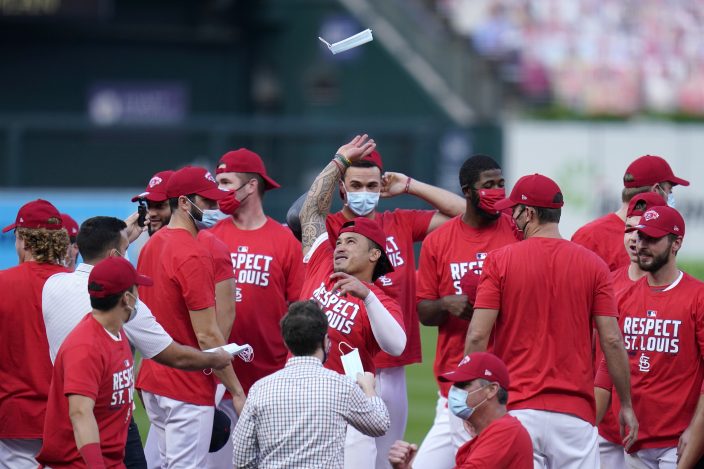 St. Louis Cardinals' Kolten Wong throws a face mask in the air as he celebrates with teammates after defeating the Milwaukee Brewers in a baseball game to earn a playoff birth Sunday, Sept. 27, 2020, in St. Louis. (AP PhotoJeff Roberson)

Series Summary: The Cardinals are back in the playoffs after reaching the NL Championship Series last season. They overcame some long odds to do it, too. Injuries have robbed them of RHP Dakota Hudson, RHP Carlos Martinez and several other pieces in their bullpen. A COVID-19 outbreak early in the season halted the schedule for 17 days, and that led to them playing 53 games in 44 days. They clinched a playoff spot on the final day of the season with a win over Milwaukee. The Cardinals ended up playing just 58 of 60 scheduled games because two makeup games slated for Monday in Detroit were unnecessary to determine the playoff field. They have played 11 doubleheaders this year and finished the regular season without a day off since Sept. 9. ... The Cardinals have never lost to San Diego in the postseason, eliminating the Padres in each of their last two trips in the 2005 NLDS and 2006 NLDS. The Cardinals also beat the Padres in the 1996 NLDS. ... Flaherty has struggled after a breakout season a year ago, but he has been dominant against San Diego, going 1-0 with a 1.10 ERA in three career starts. The Cardinals will need Flaherty and the rest of the rotation (3.86 ERA) and bullpen (4.06 ERA) to slow down San Diego's potent offense given their own inconsistency at the plate. St. Louis hit just .234 with 51 homers during the regular season. 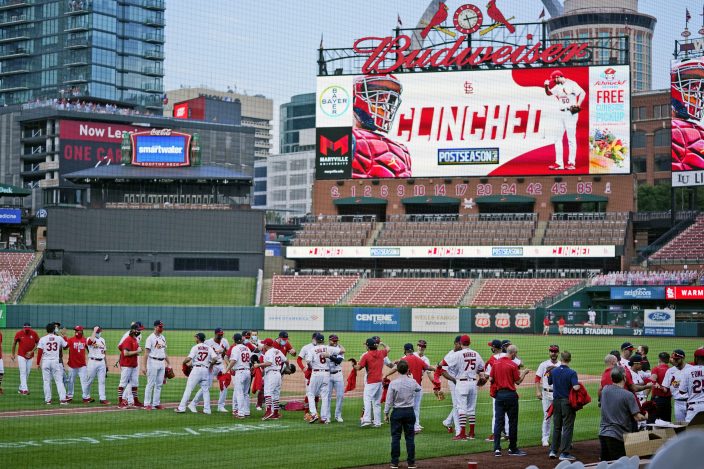 Members of the St. Louis Cardinals celebrate after defeating the Milwaukee Brewers in a baseball game to earn a playoff birth Sunday, Sept. 27, 2020, in St. Louis. (AP PhotoJeff Roberson) 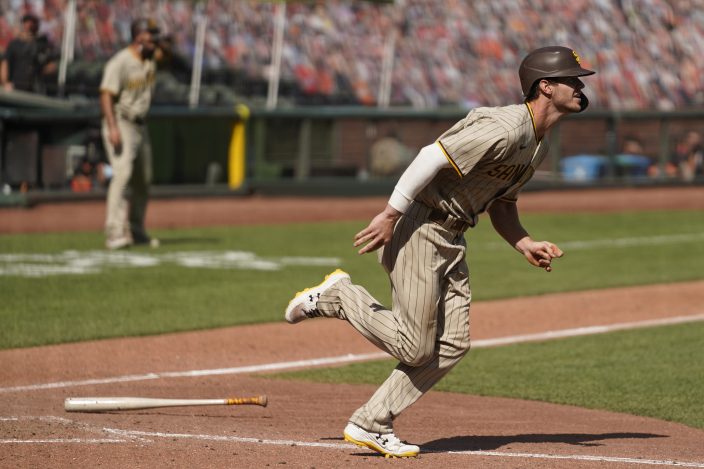 Series Summary: The Padres are in the playoffs for the first time in 14 seasons, and they’ve drawn an old nemesis. San Diego was eliminated by the Cardinals in the Division Series in three of its last four postseason appearances, getting swept in 1996 and 2005, and losing 3-1 in 2006. ... There’s some uncertainty at the front of the rotation, where both Clevinger (elbow impingement) and Lamet (biceps tightness) had early exits from their final regular-season starts. If either one can't go, the Padres likely would turn to Davies if needed. ... San Diego is led offensively by two NL MVP contenders in Tatis and Machado. Tatis, whose father played three seasons with the Cardinals during his big league career, was hot early before cooling off in the final two weeks. However, he homered twice in the final three games. Machado started slowly but came on strong to help carry the Padres down the stretch. ... Tatis and Machado were part of the “Slam Diego” barrage of four grand slams in four straight games and five slams in six games in late August. Both were firsts in MLB history. ... Myers has had a nice bounce-back season and also been a big factor in the Padres’ turnaround. ... 2B Jake Cronenworth is a leading contender for Rookie of the Year after hitting .284 with four homers and 20 RBIs. He has been impressive defensively, particularly while filling in at first base early in the season when Eric Hosmer was out with a stomach ailment. ... GM A.J. Preller made six deals just before the trade deadline, bolstering the rotation, bullpen and the catching position. ... With 2019 MLB saves leader Kirby Yates out for the season with bone chips in his right elbow, the Padres obtained Rosenthal from Kansas City on Aug. 29 to lock down the closer’s role. ... Rosenthal, INF Greg Garcia and OF/DH Tommy Pham all began their big league careers with the Cardinals. 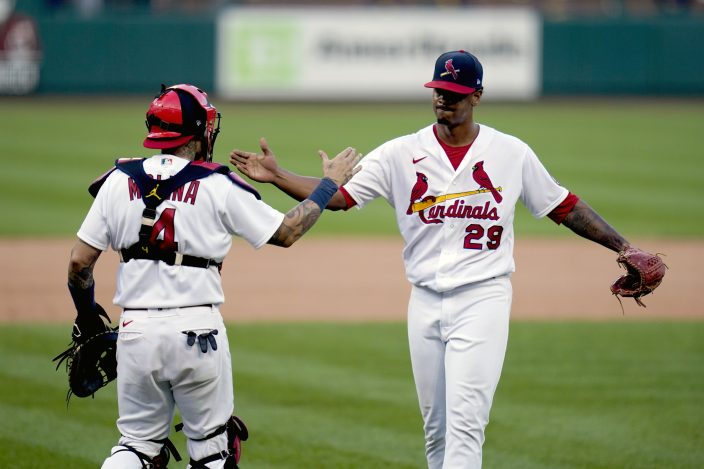 The sequence was symbolic of Diont ...