The Padres are bringing some serious swagger and talent to their first postseason appearance in 14 years, against their old nemesis, the St. Louis Cardinals.

There’s 21-year-old Fernando Tatis Jr., who stands out because of his flair, easy smile, the blond dreadlocks flowing from under his cap, a uniform dirtied by his hard-charging play and his dance moves in the dugout after hitting home runs.

There’s third baseman Manny Machado, who has hit some impressive home runs while carrying San Diego in the closing weeks when Tatis struggled at the plate. Machado has also made numerous putouts from shallow right field when the Padres are in a defensive shift. 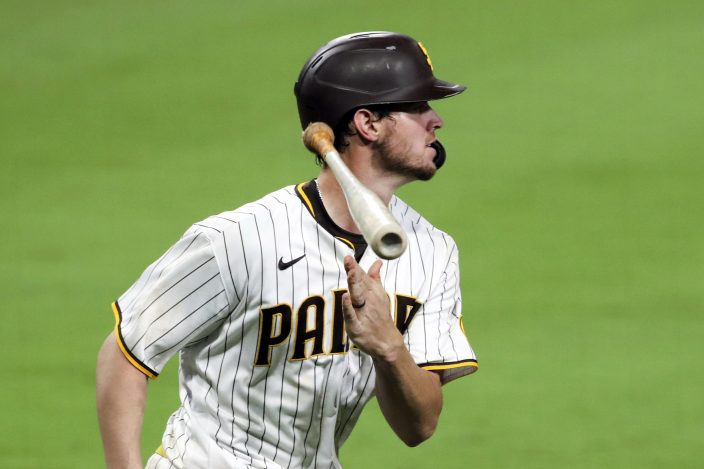 FILE - In this Sept. 14, 2020 file photo, San Diego Padres' Wil Myers flips his bat after hitting a solo home run off Los Angeles Dodgers relief pitcher Josh Sborz in the eight inning of a baseball game in San Diego. While Manny Machado and Fernando Tatis Jr. have grabbed most of the attention on the playoff-bound Padres, Myers' comeback performance has also been instrumental in returning San Diego to postseason play for the first time since 2006. Myers is hitting .291 with 14 homers and 38 RBIs in 52 games. (AP PhotoDerrick Tuskan, File)

And there’s Wil Myers, the AL Rookie of the Year in 2013 with Tampa Bay who in his sixth season in San Diego has rediscovered the fun of the game — and his batting stroke as he helped the Padres zoom from near the bottom of most offensive categories last year to near the top.

“Man, we’re good,” Tatis said Tuesday, the day before the Padres host Game 1 of the best-of-three wild-card series. “Just the fact we have each other’s back. We have guys that can turn the game in one swing, obviously put great at-bats together and that’s the thing, we kind of feed off each other.”

St. Louis will start left-hander Kwang Hyun Kim (3-0, 1.62 ERA), who pitched at Petco Park for South Korea in the 2009 World Baseball Classic. San Diego will counter with right-hander Chris Paddack (4-5, 4.73), who has had a seesaw season. 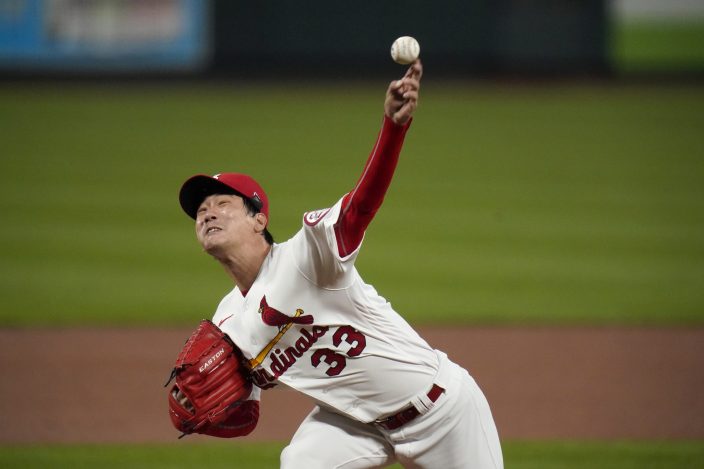 San Diego “is a high-energy ballclub that plays with a ton of emotion and enthusiasm and energy,” Cardinals veteran Matt Carpenter said. “If we can come out and kind of silence that in Game 1, I think it does us a lot of good.”

Here are some things to know: 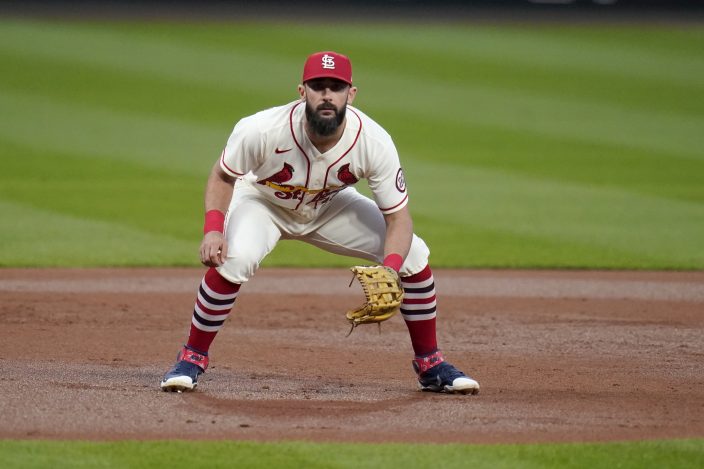 St. Louis manager Mike Schildt let it slip during his Zoom meeting with the media that the Cardinals were preparing to face Paddack.

“They were very generous about sharing that with me. I apologize for breaking their news,” Schildt said. “I thought somebody had mentioned it earlier. They were nice enough to send it over.”

“My dad played for them. His best season was with the Cardinals, so they obviously have a part in our heart, especially with my dad. But I’m sorry, when we step on the field we ain’t friends no more,” Tatis said with a chuckle.

As for making his playoffs debut, “It’s new adventure, it’s a brand new story for me,” Tatis said. “It’s a learning experience. I’m just here to bring what I know what to do: have fun and be the same kid I’ve always been.”

The Cardinals’ season was suspended for 14 games spanning 16 days after 10 players and eight staff members tested positive for COVID-19. They played their final 53 games in 44 days from Aug. 15 to Sept. 27, with only two off-days, the last on Sept. 9. They played 11 doubleheaders, going 13-9 and sweeping three.

Carpenter said the Cardinals overcame not only the many logistical challenges, but played some tough competition. Six of their 10 opponents in the NL and AL Central divisions reached the playoffs.

He said this is the first time things have felt normal.

“I’m really, really, really proud of our club and what we were able to accomplish,” Carpenter said. “To finally get back to normal nine-inning games with some off days feels really good and I like our chances.”

This is the fourth time in five playoff appearances that the Padres are facing the Cardinals. St. Louis swept the Padres in 1996 and 2005, and won 3-1 in 2006. San Diego is 0-3 in the postseason at Petco Park, all to the Cardinals. San Diego hasn’t won a postseason series since beating Atlanta in the 1998 NLCS before being swept by the New York Yankees in the World Series.

St. Louis’ Tommy Edman grew up in San Diego and said playing a postseason series at Petco Park “is a pretty special experience.”

Fans aren’t allowed at games due to COVID-19 protocols, but if they were, Edman would have “a petty sizeable cheering section. ... I’ve gotten a bunch of texts from San Diego friends and family who said, ‘I wish we could have been at the game but we understand.’ “