For much of the opening presidential debate, moderator Chris Wallace looked like a man trying to stop a runaway train with his bare hands.

The contest between President Donald Trump and Vice President Joe Biden was chaotic from start to finish. With interruptions and interjections, Trump tried to throw his Democratic opponent off stride. Pleas, increasingly frustrated and loud, were the only tools Wallace had at his disposal to try to maintain control.

“Please let him speak, Mr. President,” Wallace tried more than once. The Fox News host pointed out he was the moderator, that he was the one to ask questions, that he hated to raise his voice but would. He reminded the president that his campaign had agreed to the ground rules. 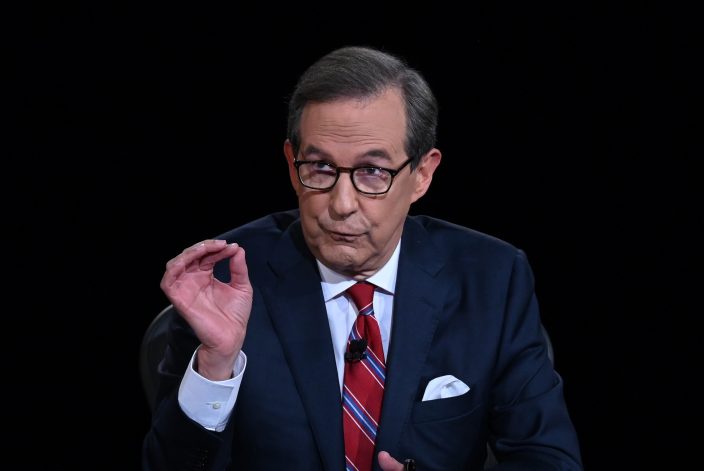 For much of the time, it was futile.

“Chris Wallace's debate performance tonight is a great reminder that kindergarten teachers are underpaid,” “The Daily Show” host Trevor Noah tweeted in the midst of the 90-minute encounter.

There was near unanimous disgust from commentators after the debate was over. Some, like CNN's Wolf Blitzer, wondered openly if the two remaining scheduled debates between the two men would actually happen. CBS ran an instant poll of viewers and found 69% considered it annoying and just 17% found it informative. 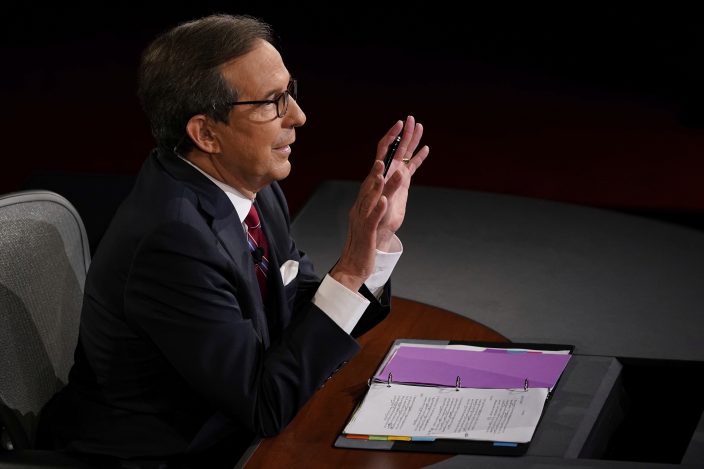 Twitter was ablaze with complaints that Wallace had lost control, while some defenders wondered whether there was really anything he could do.

Wallace tried to ask pointed questions to both men. He effectively asked Trump three times whether he accepted climate change, while also asking Biden whether his proposals to help the environment would hurt the economy. He asked Trump why his administration sought to end racial sensitivity training in government, and questioned Biden about whether he should be using his influence to stop violence in a city like Portland, Oregon.

Despite the preparation, Wallace sometimes seemed to give up. At one point he told Trump he was going to ask a question about race, “but if you want to answer something else, you can.”

He would occasionally cut short answers or discussions that had a chance of being productive because he simply wanted to end the bickering and move on.

Wallace said before the debate that he would not take on a role of fact-checker and held to that. But that left both candidates accusing the other of lying several times and the viewer without any recourse to tell who was telling the truth.

“It's been an interesting hour and a half,” he said at the end.

“Trump's strategy tonight was to interrupt, to try to steamroll not only his opponent but also the moderator who was unable to keep control of the two candidates,” said CBS News' Norah O'Donnell. “I think the question we're all asking tonight is, ‘Can we really have two more of these?’"

Fox News Channel’s Brit Hume described Trump as a “bucking bronco.” He said it was the type of performance that would appeal to the president’s fans, but he didn’t know whether it would expand his support.

“If strength was what you were looking for, maybe you’d see him as the winner,” Hume said.

Wallace, host of “Fox News Sunday,” is the only one of the three moderators with experience in a general election presidential debate, and he had drawn wide praise for handling the third contest between Trump and Hillary Clinton in 2016. The other two scheduled moderators — Kristen Welker of NBC News and C-SPAN host Steve Scully — have never done it before.

Even before the night was through, there was talk about whether moderators should have the authority to cut off the microphone of one candidate while the other is talking, a potential landmine that will have supporters questioning if it can be done fairly.

“It takes a lion tamer in a debate with Donald Trump, and you needed 10 lion tamers tonight,” said ABC’s Martha Raddatz. “I think Chris Wallace tried. I think at some point you just have to stop it. It was not a presidential debate. It was mud wrestling.”

Winless Jets up against odds with road game at Chiefs n ...

Cowboys question their own fight in rapidly spiraling s ...