A growing group of newcomers and long-absent clubs is giving the Champions League a fresh look this season.

The 32-team lineup in Thursday’s draw includes at least three group-stage debutants and another club which had not qualified since the 1990s.

In most years just one or two first-timers join the likes of Bayern Munich, Barcelona and Real Madrid competing for international club soccer’s biggest prize. 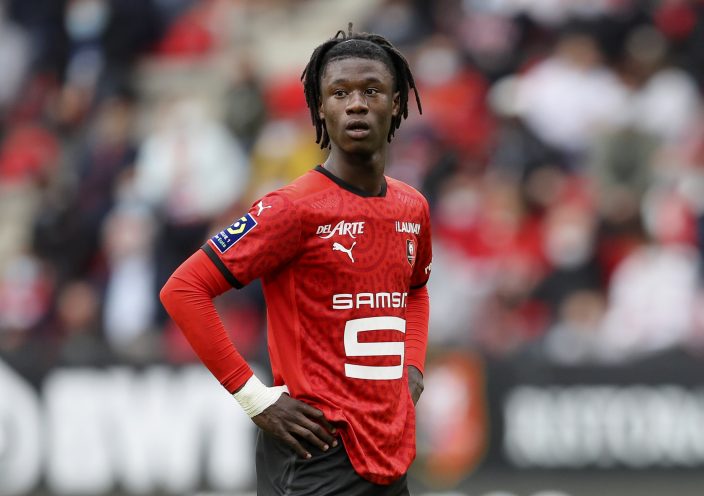 FILE - In this Saturday, Aug. 29, 2020 file photo, Rennes' Eduardo Camavinga looks on during the League One soccer match between Rennes and Montpellier, at the Roazhon Park stadium in Rennes, France. Judo's loss is French soccer's gain. Having dreamed of kimonos as a kid, the 17-year-old Eduardo Camavinga is now the nation's biggest talent since Kylian Mbappés sensational emergence with Monaco in 2016. (AP PhotoDavid Vincent, File)

The list of fresh faces this time does not even include clubs quickly breaking into Europe’s elite -- Atalanta was a quarterfinalist in its debut last season, and Leipzig reached the semifinals in just its second entry.

The Champions League looks less predictable and more open at a time when some storied clubs want to close the door on challengers from outside the established order.

UEFA must soon re-open talks about reforming its club competitions -- taking effect in the 2024-25 season -- with a stated goal to “keep the dream alive’’ for teams in all 55 member countries. 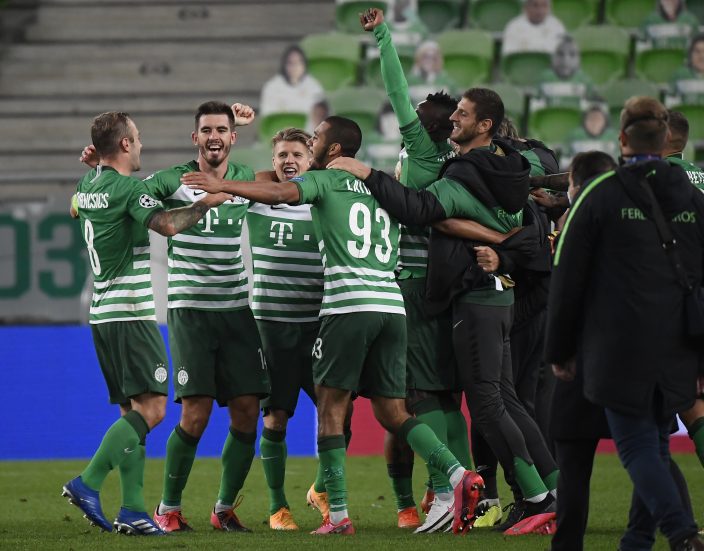 Players of Ferencvaros celebrate after the soccer Champions' League playoff second leg match between Ferencvaros and Molde FK in Groupama Arena, in Budapest, Hungary, Tuesday, Sept. 29, 2020. Ferencvaros qualified for the group stage of the Champions League with a 0:0 draw. (Tamas KovacsMTI via AP)

In the 66th season of a competition formerly known as the European Cup, Rennes will play its first game at this level.

Rennes rode its luck. A best-ever French league finish of third was sealed on a points-per-game average when the season ended with 10 rounds left because of the coronavirus pandemic. 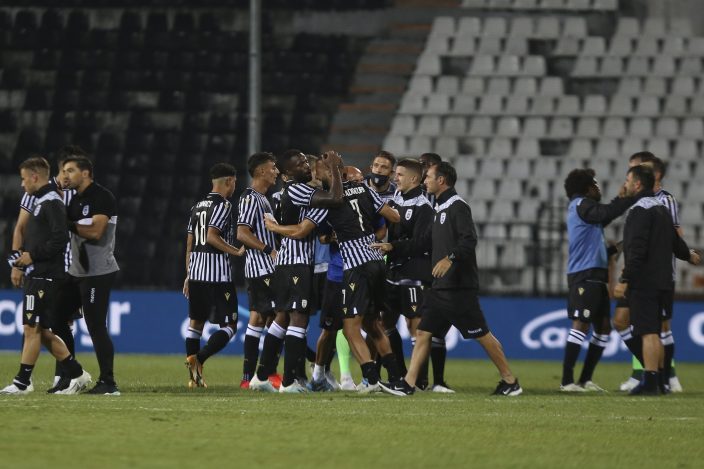 PAOK players react after the second qualifying round soccer match of Champions League between PAOK and Besiktas at the empty Toumba stadium in the northern city of Thessaloniki, Greece, Tuesday, Aug. 25, 2020. PAOK won 3-1. (AP PhotoGiannis Papanikos)

That earned Rennes a place in Champions League qualifying needing to beat two opponents to reach the groups. Rennes was lifted up directly because the Europa League was won by Sevilla, which already qualified as Spain’s fourth-place team.

It’s a reward for the long-time Rennes owner, who might be the richest businessman at a Champions League team this season.

François Pinault is in the world’s 30 richest billionaires ranked by Forbes magazine, far ahead of Chelsea’s Roman Abramovich outside the top 100.

Another standout personality at Rennes is midfielder Eduardo Camavinga, the Angola-born France international who will turn 18 during the group stage.

Turkey’s new champion might be the most unfamiliar club in Thursday’s draw.

The team now known as Istanbul Başakşehir was formed 30 years ago out of a three-club merger, but took its current name only in 2014. That followed a promotion back into the top league and being taken over by the Turkish sports ministry.

Istanbul Başakşehir has struggled to find popularity and a strong identity in a city with passionate, long-time rivalries between Galatasaray, Fenerbahçe and Beşiktaş. The team struggles to fill its 17,000-capacity stadium far from the city center.

On the field, Başakşehir has got help from signing international veterans with time spent in Europe’s big-5 leagues: Martin Skrtel, Nacer Chadli and Demba Ba are on the current roster.

Ferencváros returns to the Champions League group stage after a 25-year gap as Hungary’s first qualifier since Debrecen lost all six games in 2009.

Adfter navigating four qualifying rounds, Ferencváros will be the lowest-ranked team in the draw -- No. 135 in UEFA standings calculated by European results over the five previous seasons.

Much credit goes to coach Serhiy Rebrov, the former Dynamo Kyiv and Tottenham forward who has won the Hungarian league title in each of his first two seasons.

Ferencváros is another club with government support. It’s 22,000-seat stadium was state-funded and the club chairman, Gábor Kubatov, is a lawmaker and campaign leader in the ruling Fidesz party of Prime Minister Viktor Orbán.

A Russian debutant or a Russian-owned Greek club absent from the competition since before the European Cup became the Champions League in 1992.

Krasnodar takes a 2-1 lead from the first leg in Russia to Thessaloniki for the return game on Wednesday.

Founded as recently in 2008, one year before Leipzig, Krasnodar is in the Champions League playoff round for the second straight year. Its 36-year-old coach Murad Musayev even now has the full UEFA qualification.

Funded by retail billionaire Sergey Galitsky, Krasnodar would be better known if its impressive 35,000-seat stadium had been picked as a 2018 World Cup venue.

PAOK’s owner Ivan Savvidis got his share of headlines for entering the pitch with a holstered gun at a game in 2018.

Another Champions League debutant could join the group later Wednesday. Denmark's champion Midtjylland hosts Slavia Prague after a 0-0 draw in the first leg.

British regulators have become the ...