Dominik Koepfer was about to serve in his match against Stan Wawrinka on Court Suzanne Lenglen when he was startled by a sonic boom. 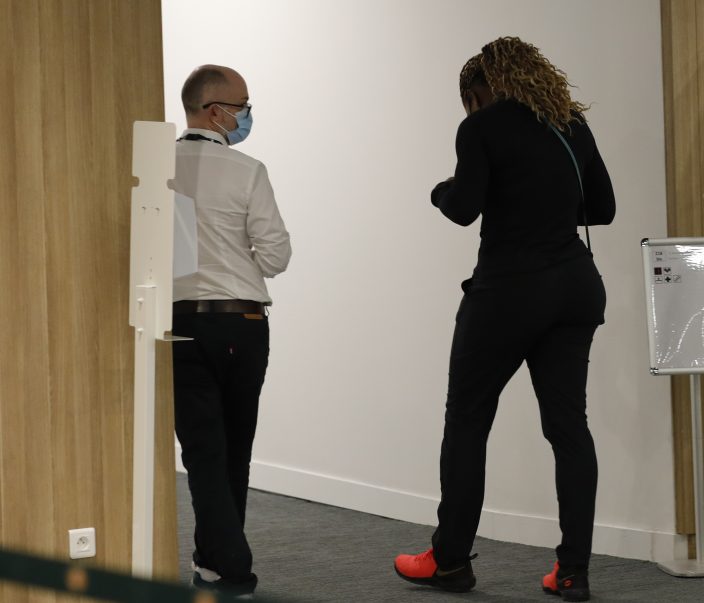 Serena Williams of the U.S., right, leaves after a video link press conference in which she announced her withdrawal from the tournament because of an Achilles injury prior to her second round match of the French Open tennis tournament at the Roland Garros stadium in Paris, France, Wednesday, Sept. 30, 2020. (AP PhotoChristophe Ena)

Koepfer's shoulders dropped into a defensive position and he stopped his service motion.

People all around Paris were were rattled when that loud bang arrived because no one immediately could be sure what caused it.

Police officers outside the tournament grounds were told to cordon off an area nearby.

Police soon wrote on Twitter that it wasn’t an explosion. They said it was "a fighter plane which has broken the sound barrier.”

Serena Williams is out of the French Open.

The American pulled out of the tournament before her second-round match against Tsvetana Pironkova because of an Achilles injury.

Williams hurt her left leg during a semifinal loss at the U.S. Open three weeks ago.

This is her earliest exit at any Grand Slam tournament since a second-round loss at Roland Garros in 2014.

She also withdrew from the French Open two years ago because of an injury before she was supposed to play Maria Sharapova in the fourth round.