The workings of a Kentucky grand jury that brought no charges against police in the fatal shooting of Breonna Taylor are set to be opened, upending a long tradition of keeping those proceedings secret.

A court in Louisville is expected to release a record of last week's grand jury proceedings on Wednesday.

Kentucky Attorney General Daniel Cameron acknowledged this week that his recommendation to the grand jury was that only one of the officers be indicted, and only for the wanton endangerment of Taylor's neighbors. Cameron, a Republican protege of Senate Majority Leader Mitch McConnell and the state’s first African American attorney general, has been criticized since announcing the grand jury's indictment for not seeking charges against the officers for killing Taylor. Cameron said the other two officers who fired their guns were justified because Taylor’s boyfriend had fired at them first.

Protesters took to the streets in Louisville and around the country to demand more accountability in the case, as frustrations spilled over after months of waiting for Cameron’s announcement. Activists and Taylor’s family called for the grand jury file to be released.

Cameron said the record will show that his team “presented a thorough and complete case to the grand jury.” 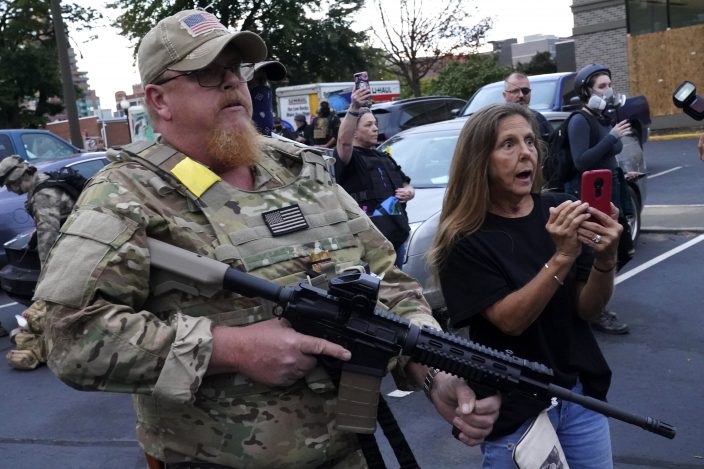 Taylor, a 26-year-old emergency medical worker, was shot five times in her Louisville apartment on March 13 by officers carrying a narcotics warrant. Taylor and her boyfriend were watching a movie in her bedroom when police came to her door and eventually knocked it down. The warrant was related to an investigation of a drug suspect who didn’t live with her, and police found no drugs at her apartment.

Former officer Brett Hankison, who was fired from the force for his actions during the raid, pleaded not guilty to three counts of wanton endangerment on Monday.

Officers Jonathan Mattingly, who was shot in the leg by Taylor’s boyfriend, and Myles Cosgrove, who Cameron said appeared to have fired the fatal shot at Taylor, according to ballistics tests, remain on the force. 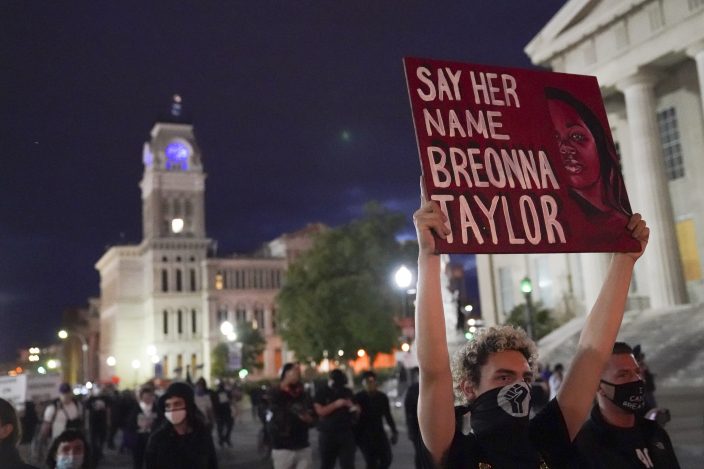 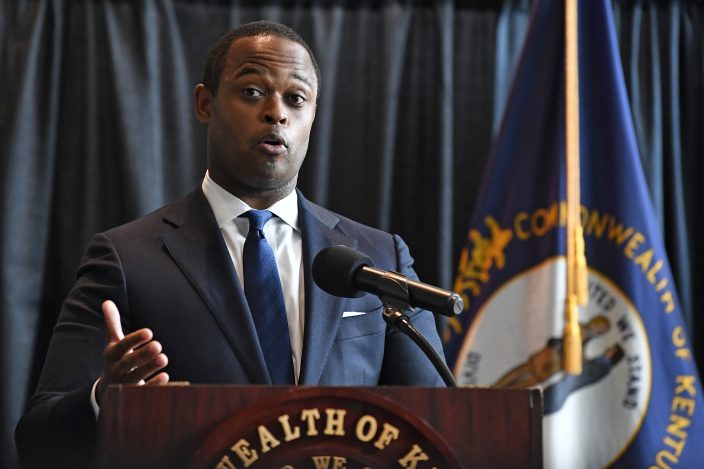 Kentucky Attorney General Daniel Cameron addresses the media following the return of a grand jury investigation into the death of Breonna Taylor, in Frankfort, Ky., Wednesday, Sept. 23, 2020. Of the three Louisville Metro police officers being investigated, one was indicted. (AP PhotoTimothy D. Easley)

In despair, protesters take to streets for Breonna Taylor