Flames devoured swaths of brush and trees in Northern California on Wednesday amid unseasonably hot and dry weather.

High winds that spread new fires this week in the Napa and Sonoma wine country and in a far northern area of the state were reduced to breezes, but vegetation remained ripe for burning in high temperatures amid very low humidity.

The National Weather Service said the weather conditions would last for several days due to high pressure centered over the state. Heat advisories were in effect or pending along about three-quarters of the California coast and many areas had poor air quality due to smoke. 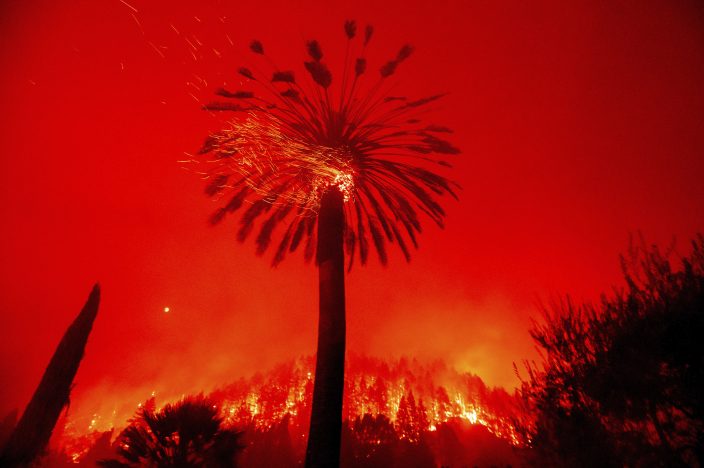 Numerous studies in recent years have linked bigger wildfires in America to global warming from the burning of coal, oil and gas, especially because climate change has made California much drier. A drier California means plants are more flammable.

About 70,000 people were under evacuation orders in the wine region north of San Francisco where the Glass Fire has incinerated dozens of homes along with winery installations and other buildings.

The Napa County Sheriff's Office posted photos and video of a hellish scene of fires raging on forested hillsides at midnight close to a highway in the western part of the county. 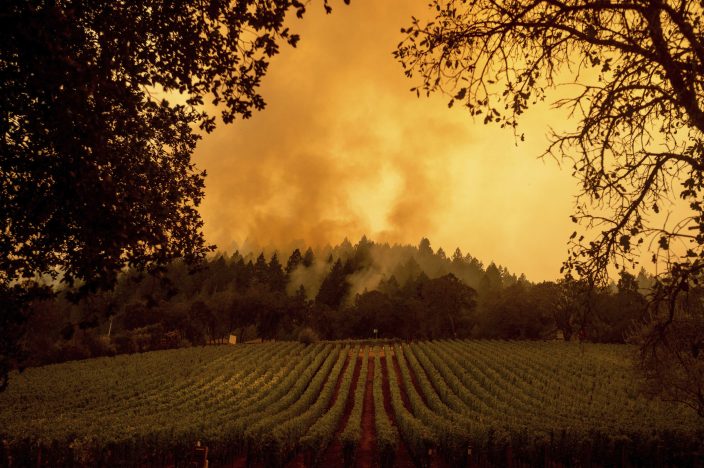 About 150 miles (241 kilometers) to the north, there was no containment reported for the Zogg Fire, which also erupted during Sunday’s high winds and grew quickly, killing three people.

The Glass and Zogg fires are among nearly 30 wildfires burning in California. Fire-related deaths total 29. 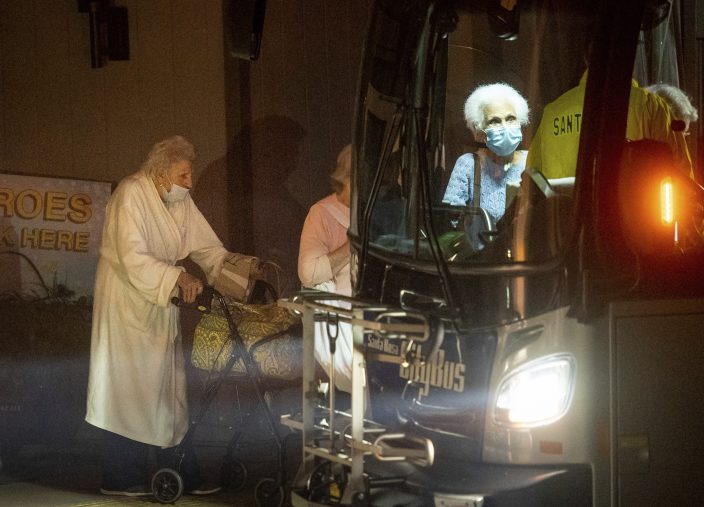 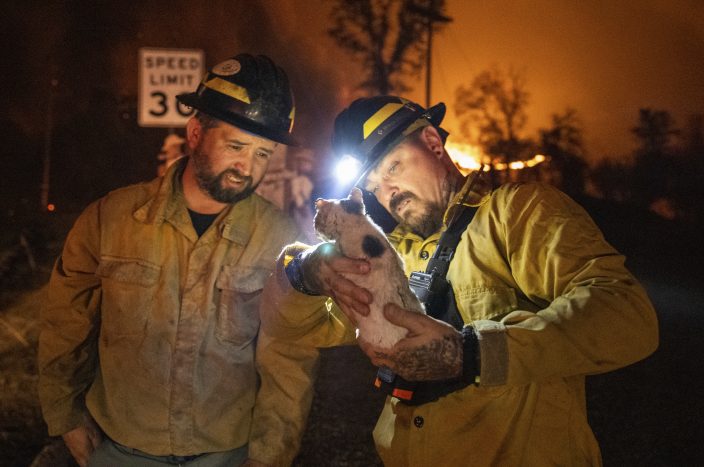