British lawmakers were set Wednesday to renew the government’s sweeping powers to impose emergency restrictions to curb the coronavirus pandemic, though many slammed the way Prime Minister Boris Johnson’s Conservative administration has used them.

Legislators are increasingly unhappy about the government’s handling of the pandemic, which has seen Britain go from a national lockdown imposed in March to a patchwork of local measures of varying stringency. Along the way, Britain's official virus death toll has reached more than 42,000 — the highest in Europe — and the country is seeing a second spike in new daily cases.

But there is little lawmakers can do about the government's response because of the powers that Parliament granted the government six months ago in the Coronavirus Act. 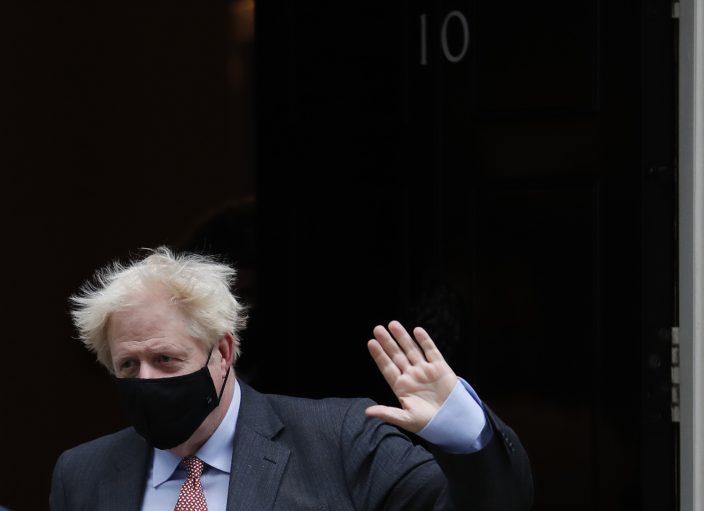 Britain's Prime Minister Boris Johnson waves to the media as he leaves 10 Downing Street or go to the House of Commons his weekly Prime Minister's Questions in London, Wednesday, Sept. 30, 2020. (AP PhotoAlastair Grant)

Lindsay Hoyle, the impartial Speaker of the House of Commons, said the government had treated lawmakers with “contempt,” with new laws being brought in without scrutiny and measures sometimes published just hours before taking effect. That created travel chaos for Britons on holiday this summer, as many had to rush home in the middle of their vacations when the government changed its quarantine rules.

“I am looking to the government to remedy a situation I regard as completely unsatisfactory,” Hoyle said.

The powers in the act must be renewed every six months, and Health Secretary Matt Hancock said it was too soon to lift them now. 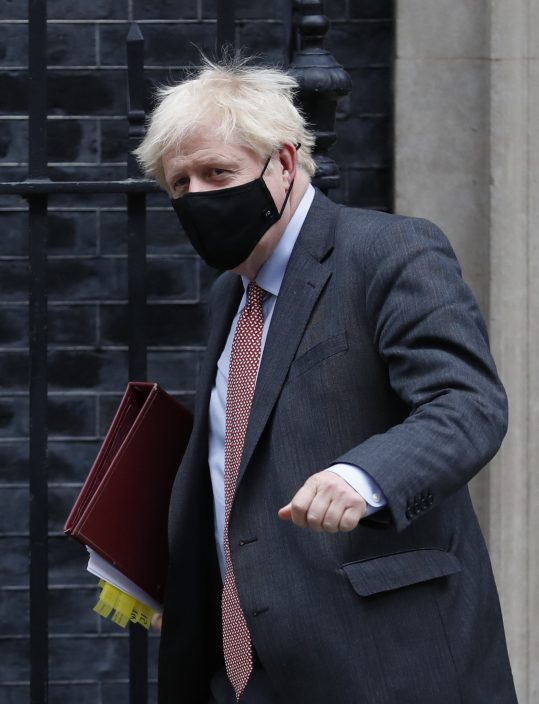 “This act is still needed to keep people safe,” Hancock told lawmakers. He said the law contained “extraordinary measures, but they remain temporary, time-limited and proportional to the threat we face.”

Johnson’s Conservative government has faced growing criticism from its own lawmakers, who feel restrictions on daily life brought in to slow the spread of the virus are stifling the economy. Dozens of Conservative legislators had threatened to rebel against the measures, but were assuaged by a government promise that Parliament will get a vote on future “significant” national measures.

On the other side of the political spectrum, the opposition Labour Party accuses the government of botching the battle against the virus and failing to protect lives. 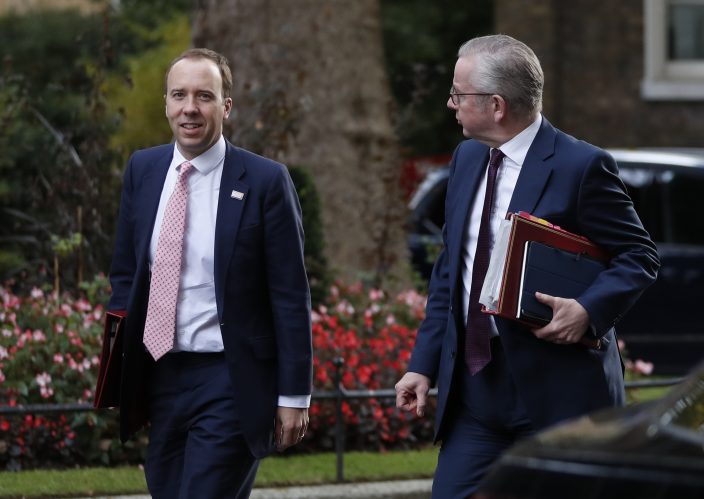 Michael Gove Minister for the Cabinet Office and Chancellor of the Duchy of Lancaster, and Matt Hancock Secretary of State for Health and Social Care, left, walk across Downing Street for a cabinet meeting in London, Wednesday, Sept. 30, 2020. (AP PhotoAlastair Grant)

“We have ended up with one of the highest death rates in the world and on the verge of one of the deepest recessions,” said Labour home-affairs spokesman Nick Thomas-Symonds.

“Things cannot go on as they are,” he said, al though he added that Labour would not vote against renewing the powers.

The number of new hospitalizations for COVID-19 and virus deaths in Britain are rising again, although both remain far below their springtime peak.

No escaping from Wales: UK police to enforce travel ban