President Donald Trump’s stark expectation that the Supreme Court will intervene to “look at the ballots” in what he calls a rigged election casts new questions Wednesday on the Senate’s rush to confirm Judge Amy Coney Barrett for the vacant seat before Nov. 3.

Barrett was on Capitol Hill for a second day meeting with senators ahead of confirmation hearings as lawmakers of both parties brace for the potential of a disputed presidential election that lands before the high court.

Rather than lead Americans to uphold voting traditions, Trump is sowing seeds of doubt by insisting throughout the first presidential debate with Joe Biden that the election will be fraudulent if he is not re-elected, even though voter fraud is rare in the United States. One analysis found Americans were more likely to be struck by lightning. 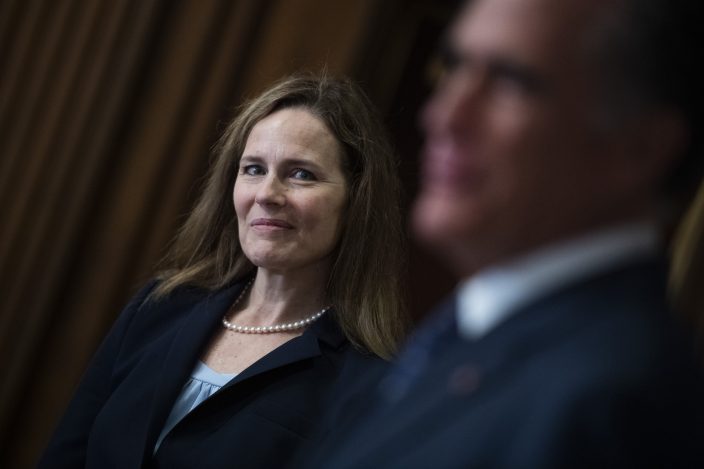 “I’m counting on them to look at the ballots, definitely,” Trump said about the Supreme Court.

The rush by Trump to fill the Supreme Court seat is already drawing fierce objections from Democrats, the first time in U.S. history a nominee will be voted on so close to a presidential election, with early voting already underway in half the states.

Democratic Sen. Dick Durbin of Illinois said the reason for the quick confirmation of Trump’s nominee is clear: “He wants that 9th person to be his nominee. That’s what we face.” 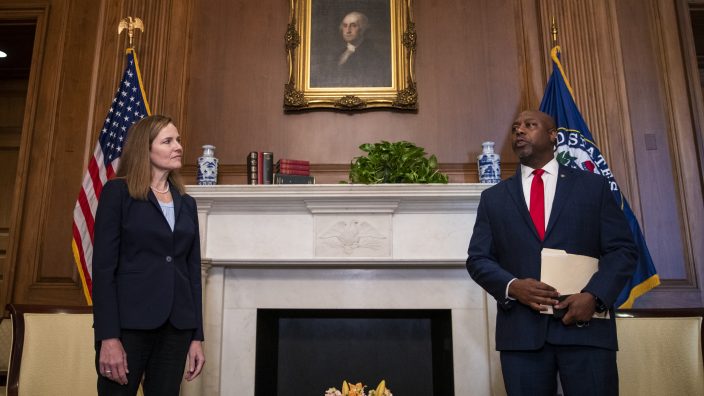 At a campaign stop Wednesday in Ohio, Biden said it was “interesting” that the Senate found time for a hearing on the Supreme Court nomination but “no time” to work on additional legislation to help Americans during the COVID-19 crisis.

Biden says the winner of the presidency should choose the nominee to fill the vacancy for the seat held by Justice Ruth Bader Ginsburg, who died at 87, was buried this week at Arlington National Cemetery.

But without the votes to stop her confirmation, Democrats want Barret to recuse herself from election cases. 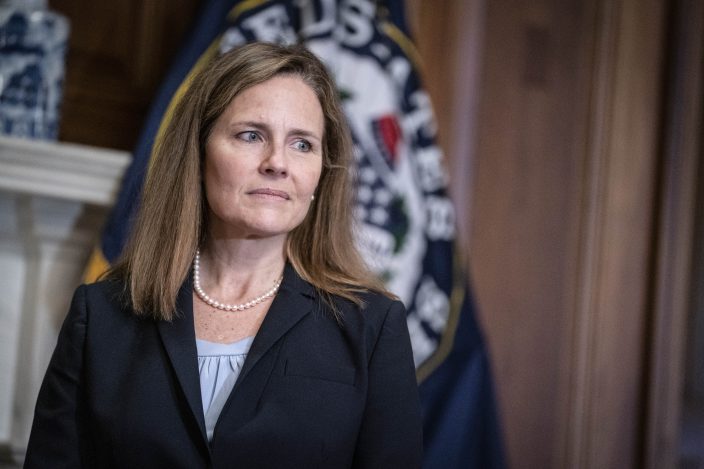 Barrett, a conservative judge on the U.S. Court of Appeals for the 7th Circuit, is giving no indication she would sit out election cases that come before the court, as some Democrats want.

Instead, she said she would recuse herself in cases in which her husband and sister, both practicing attorneys, had participated, as well as cases involving her alma mater Notre Dame University, according to filings to the Senate Judiciary Committee ahead of her confirmation hearings.

Barrett also indicated no one at the White House or the campaign had any discussions with her seeking assurances of her views on any legal issues, according to the nearly 70-page filing. 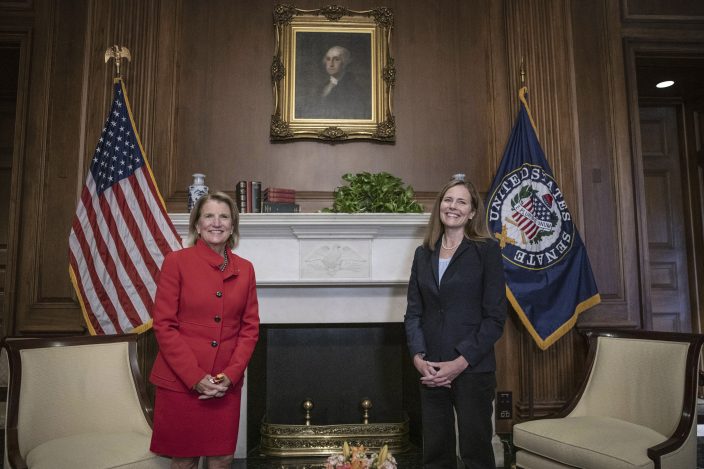 “She has given nobody at the White House any hints or any assurances about any kinds of cases, real of hypothetical,” McConnell said in the Senate.

The Senate is racing to confirm Barrett to fill the nine-justice court at an unusually quick pace. Hearings set to begin Oct. 12 at the Judiciary Committee, and a full vote in the Senate planned for the end of October. 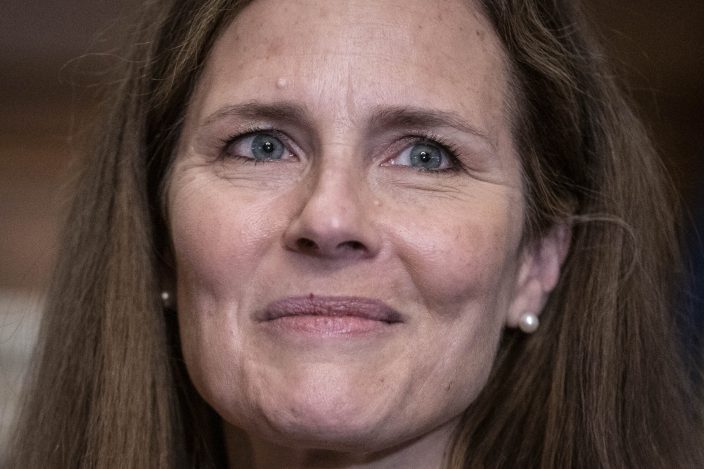 Democrats are confronting the limits of their power as they fight against the nomination. As Barrett conducts the traditional meet-and-greet sessions with senators, some Democrats have said they won’t meet with her.

With Republicans holding a 53-47 Senate majority, and just two GOP senators opposing a quick vote, Barrett appears to have enough support for confirmation.

Senate Democratic leader Chuck Schumer acknowledged it will be an “uphill fight” to stop Trump’s nominee. But he said Americans are on Democrats’ side in preferring to wait until after the election so the winner can choose the next justice. He is among those refusing to meet with Barrett, calling the process “illegitimate,” and said her conservative views on health care, abortion and other issues are “far outside” the mainstream.

Unable to block Trump’s pick on their own, Democrats are arguing that Barrett’s nomination threatens the protections of the Affordable Care Act. The court will hear a case challenging the constitutionality of President Barack Obama’s health care law just after the election, adding to the urgency of the issue.

As Trump refuses to say he would accept a peaceful transition of power if he does not win a second term, lawmakers are taking extraordinary steps to prepare for all scenarios in the the aftermath of Election Day.

Vote-counting is likely to drag on past Nov. 3 for the heated presidential contest and the down-ticket congressional races for control of the House and Senate amid an onslaught of mail-in ballots as voters avoid polling places during the coronavirus pandemic.

Trump repeatedly complains that universal vote by mail — when ballots are simply mailed to all voters — is fraudulent, even though several states have been conducting elections this way for years without significant cases of fraud. Trump and several family members routinely rely on mail-in ballots.

Associated Press writers Will Weissert in Alliance, Ohio and Mary Clare Jalonick, Laurie Kellman and Andrew Taylor in Washington contributed to this report.