Quarterback Daniel Jones has been the New York Giants' running game this season, even before star halfback Saquon Barkley was lost for the year with a knee injury.

That would be great if the rest of the offense was rushing as well. It hasn't. 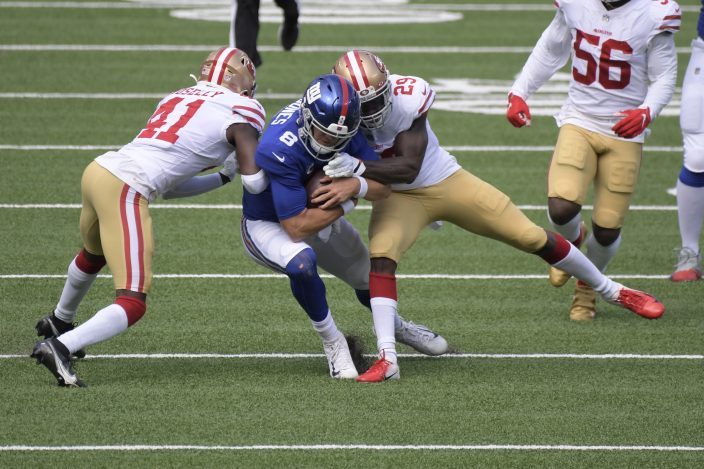 Barkley, who was hurt in Week 2, Dion Lewis, Devonta Freeman, Wayne Gallman and Sterling Shepard have combined for 78 yards on 41 carries, a 1.9-yard average.

The revamped offensive line, which has three new starters, has failed to provide a push for the runners. Jones has been the spark with scrambling and now scripted runs, which were more evident last week in a 36-9 loss to the San Francisco 49ers.

Coach Joe Judge has no intention of cutting back on Jones' running this weekend against the Rams and perennial Pro Bowl defensive lineman Aaron Donald in Los Angeles on Sunday. 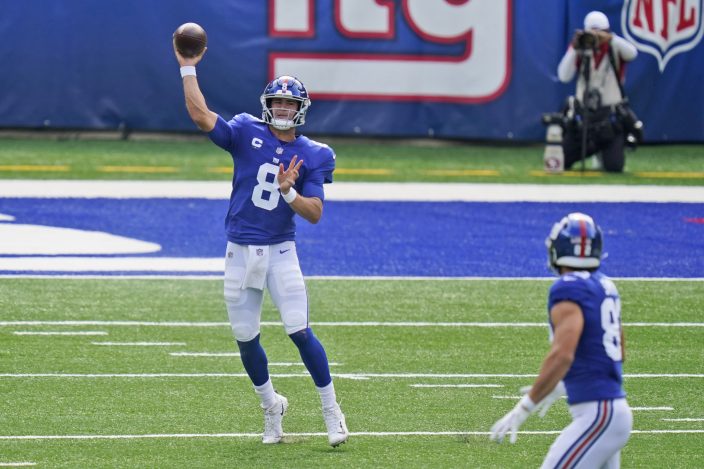 “We’ll take production from anywhere we can,” Judge said Wednesday before practice.

Jones, who has turned the ball over a team-high six times, doesn't see why he can't continue to run with the same effectiveness.

“This offense gives us versatility for different people to run it,” he said. “I think we will continue to prepare and plan for each team and go into the game with a plan. Certainly, I am willing to do that (run) and that's a valuable part of our offense.” 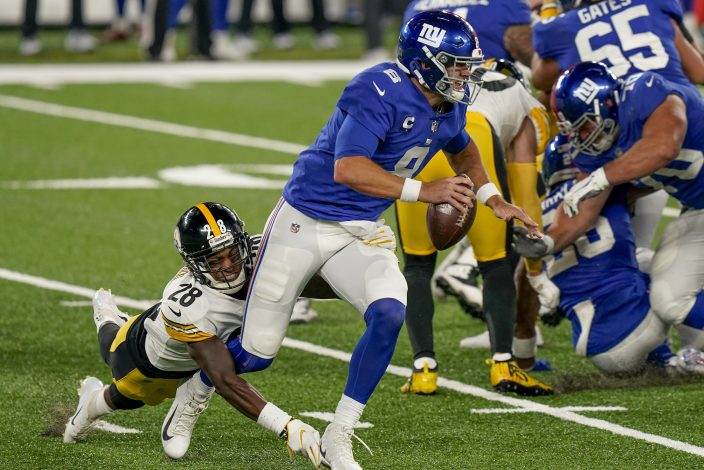 There is no doubt the line has to improve. Returning guard Will Hernandez and Kevin Zeitler have struggled just as much as the newcomers, center Nick Gates and tackles Andrew Thomas and Cam Fleming.

The group has been fooled frequently by basic stunts and twists.

“We’re at a point now where we are going into Game 4, this stuff should be ironed out,” offensive line coach Marc Colombo said Tuesday. “It’s our job this week to iron it out and move forward and get some more consistent play out of this group ... We need to see better jumps. We can’t baby crawl through this thing, right? We need to start seeing some big jumps. And we’re at a point now where we should start seeing that.” 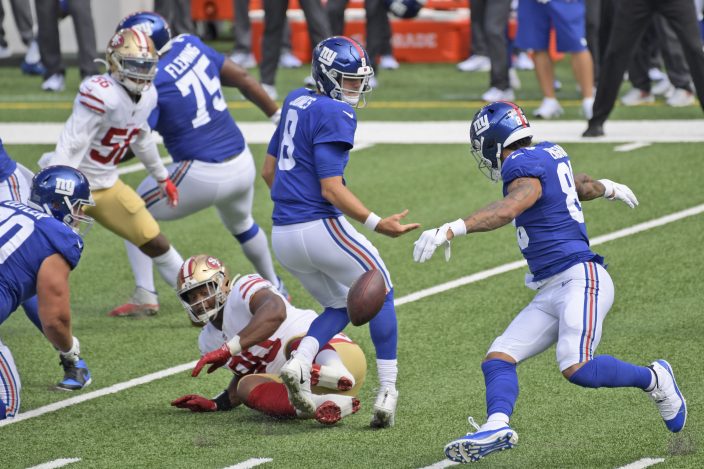 What will make this week tough is facing Donald. He is one of the best defensive linemen in the league. He plays a lot over the center, but he also has been moving around the line this season.

“This guy is one of the most dominant players in the league,” Judge said. “Everybody has to plan for him. This guy, it’s nothing unique for him. He knows going in everybody has something in mind for him. But look, everybody has a plan until they get punched in the mouth.”

NOTES: The Giants placed defensive back Brandon Williams (groin) on injured reserve. He did not play this past weekend. ... Safety Jabrill Peppers (ankle) did not practice. ... Safety Julian Love (knee-ankle) was limited.

Mayor: Video will be released in Black motorists' ...

Police video of a suburban Chicago ...

Jones isn't feeling more pressure with Saquon out for season