Paul Goldschmidt hit a two-run home run during a four-run first inning, St. Louis' bullpen held strong after starter Kwang Hyun Kim stumbled in his playoff debut and the Cardinals ruined the San Diego Padres’ long-awaited return to the playoffs with a 7-4 victory Wednesday in the opener of their NL wild-card series.

The Cardinals need one more win to eliminate the Padres from the postseason for the fourth time since 1996. They swept the Padres in the NL Division Series in 1996 and 2005, and won 3-1 in 2006, which was the last time San Diego made the postseason. Game 2 is Thursday.

The Cardinals got a chance to catch their breath with two days off before this series began. That came after a season-closing grind that saw them play 53 games in 44 days, including 11 doubleheaders, with only two days off. The team had its season suspended for 14 games from late July to mid-August after 10 players and eight staff members tested positive for COVID-19 and had to scramble to fit in the makeups.

Right-hander Chris Paddack (0-1) failed to give the Padres the boost they desperately needed after Mike Clevinger and Dinelson Lamet were left off the wild-card roster due to injuries suffered in their final regular-season starts.

Paddack lasted only 2 1/3 innings and gave up six runs. 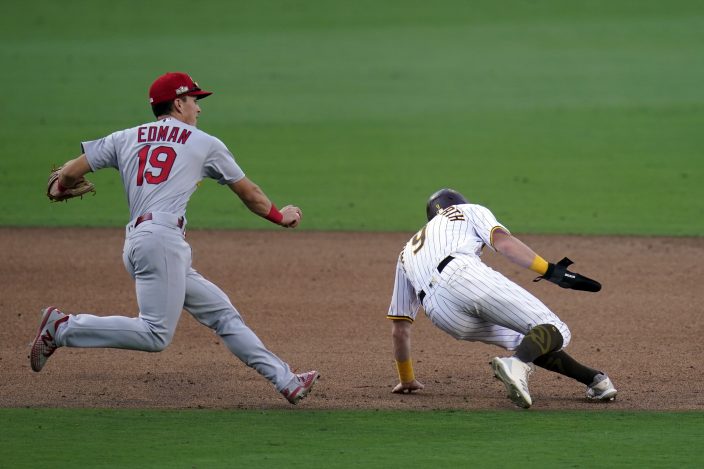 Paddack allowed three straight hits to open the third, including DeJong’s RBI single, before being replaced by Matt Strahm. Carpenter added an RBI single for a 6-2 lead.

Paddack allowed eight hits, struck out one and walked none.

Giovanny Gallegos (1-0) pitched 1 1/3 innings for the win and Alex Reyes got the last four outs for the save. Five relievers combined for 5 1/3 innings, allowing three hits and an unearned run. 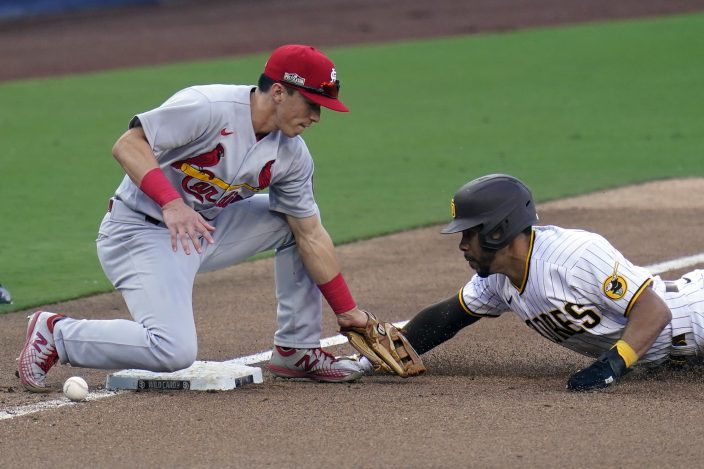 Kim, a 32-year-old rookie, allowed three runs and five hits in 3 2/3 innings, struck out two and walked two. He signed with the Cardinals after playing 13 seasons in the Korea Baseball Organization, including winning four championships and one MVP Award. He made three relief appearances for Korea at Petco Park in the 2009 World Baseball Classic.

Nola hit another sac fly in the sixth. Fernando Tatis Jr., who had reached twice, scored twice and hit a ball to the warning track in right, struck out with runners on first and second to end the inning. 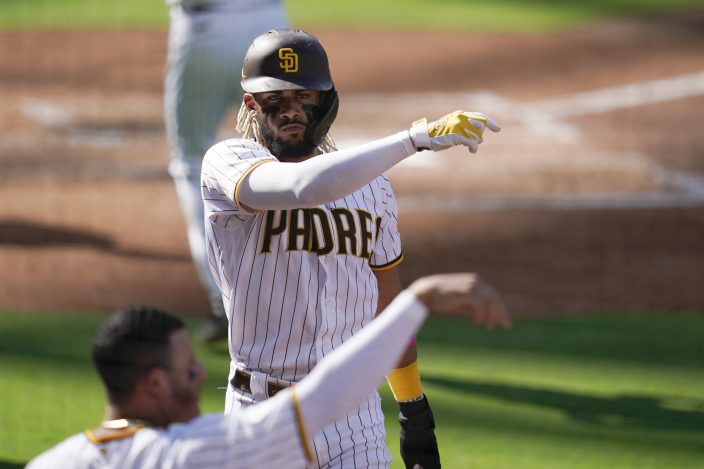 Tatis came up with two on and two out in the eighth and grounded out. Rookie Jake Cronenworth had a baserunning blunder in both the and eighth.

Dexter Fowler hit an RBI single in the ninth off Trevor Rosenthal, who started his big league career with the Cardinals.

St. Louis' Harrison Bader struck out five times. The center fielder did make a nice catch up against the fence of Wil Myers' fly ball to end the game. 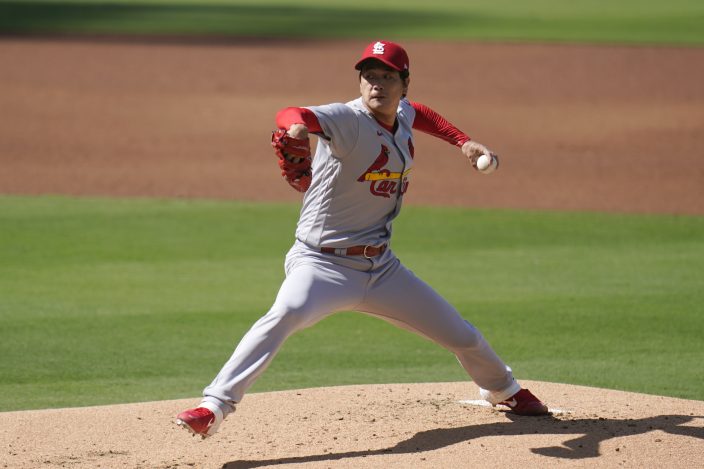 The Padres dropped to 0-4 in the postseason at Petco Park, all against the Cardinals. San Diego hasn’t won a playoff series since beating Atlanta in six games in the 1998 NLCS before being swept by the New York Yankees in the World Series. 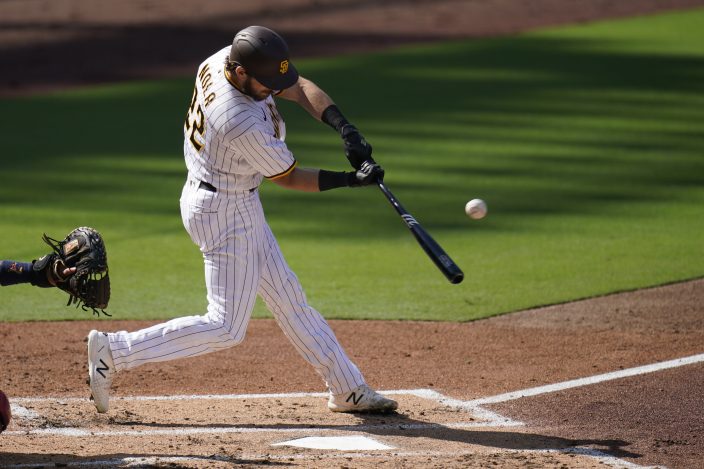 Cardinals: RHP Adam Wainwright (5-3, 3.15 ERA) is scheduled to start Game 2 on Thursday. The 39-year-old owns the Cardinals’ career marks for postseason games (27) and strikeouts (115) and is second in innings pitched (105 2/3) to Chris Carpenter (108). He made his career postseason debut at Petco Park in Game 1 of the 2006 NL Division Series and got the save in Game 2. The Cardinals won the series 3-1 and went on to win the World Series.

Padres: RHP Zach Davies (7-4, 2.73) is set to go for the Padres after Clevinger and Lamet were left off the wild-card roster. Davies made one appearance for Milwaukee in the 2018 NLCS against Los Angeles.

The resumption of NASCAR's Cup pla ...