An ambitious humanitarian project to deliver coronavirus vaccines to the world's poorest people is facing potential shortages of money, cargo planes, refrigeration and vaccines themselves — and running into skepticism even from some of those it's intended to help most.

In one of the biggest obstacles, rich countries have locked up most of the world’s potential vaccine supply through 2021, and the U.S. and others have refused to join the project, called Covax.

“The supply of vaccines is not going to be there in the near term, and the money also isn’t there,” warned Rohit Malpani, a public health consultant who previously worked for Doctors Without Borders. FILE - In this July 30, 2020 file photo, Kai Hu, a research associate transfers medium to cells, in the laboratory at Imperial College in London. Imperial College is working on the development of a COVID-19 vaccine. Refrigeration, cargo planes, and, above all, money: All risk being in short supply for the international initiative to get coronavirus vaccines to the world’s most vulnerable people. (AP PhotoKirsty Wigglesworth, File)

Covax was conceived as a way of giving countries access to coronavirus vaccines regardless of their wealth.

It is being led by the World Health Organization, a U.N. agency; Gavi, a public-private alliance, funded in part by the Bill & Melinda Gates Foundation, which buys immunizations for 60% of the world’s children; and the Coalition for Epidemic Preparedness Innovations, or CEPI, another Gates-supported public-private collaboration.

Covax’s aim is to buy 2 billion doses by the end of 2021, though it isn't yet clear whether the successful vaccine will require one dose or two for the world's 7.8 billion people. Countries taking part in the project can either buy vaccines from Covax or get them for free, if needed. 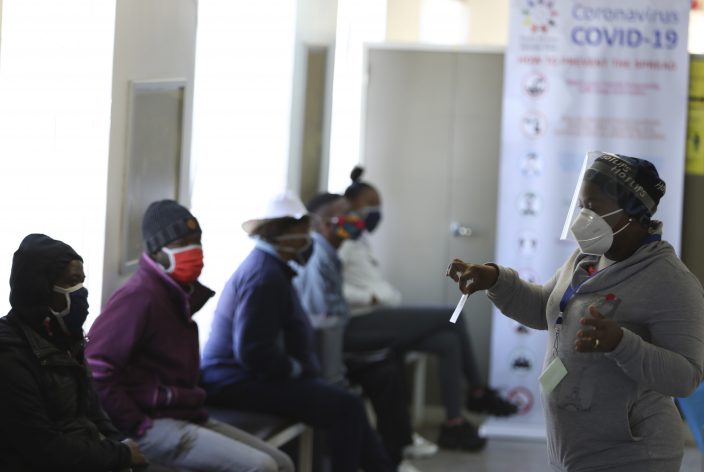 FILE - In this Wednesday, June 24, 2020 file photo, a medical worker addresses some of the first vaccine volunteers, at the Chris Hani Baragwanath hospital in Soweto, Johannesburg. Refrigeration, cargo planes, and, above all, money: All risk being in short supply for the international initiative to get coronavirus vaccines to the world’s most vulnerable people. (AP PhotoSiphiwe Sibeko, File)

One early problem that emerged: Some of the world's wealthiest nations negotiated their own deals directly with drug companies, meaning they don't need to participate in the endeavor at all. China, France, Germany, Russia and the U.S. don't intend to join.

And so many rich countries bought vaccines from manufacturers — before the shots have even been approved — that they have already snapped up the majority of the vaccine supply for 2021.

The European Union has contributed 400 million euros ($469 million) to support Covax, but the 27-country bloc won't use Covax to buy vaccines, in what some see as a vote of no-confidence in the project's ability to deliver. Instead, the EU has signed its own deals to buy more than 1 billion doses, depriving Covax of the bulk negotiating power of buying shots for the continent. 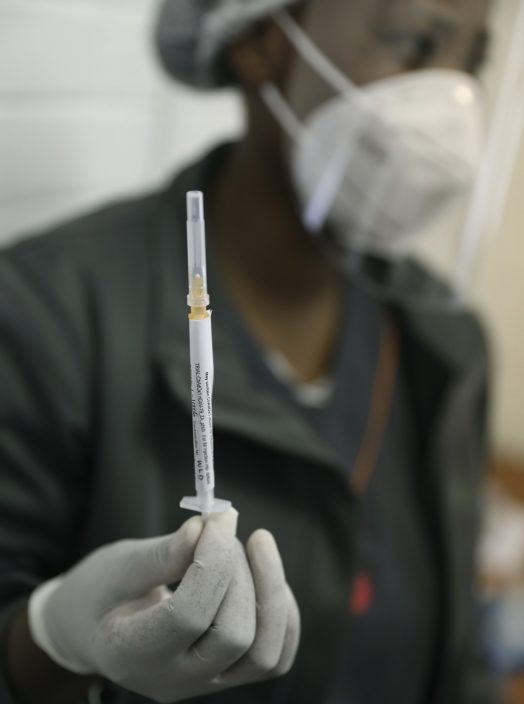 FILE - In this Wednesday, June 24, 2020 file photo, a medical staff member prepares a syringe, at the Chris Hani Baragwanath hospital in Soweto, Johannesburg. Refrigeration, cargo planes, and, above all, money: All risk being in short supply for the international initiative to get coronavirus vaccines to the world’s most vulnerable people. (AP PhotoSiphiwe Sibeko, File)

Gavi, WHO and CEPI announced in September that countries representing two-thirds of the world’s population had joined Covax, but they acknowledged they still need about $400 million more from governments or elsewhere. Without it, according to internal documents seen by The Associated Press before the organization’s board meeting this week, Gavi can't sign agreements to buy vaccines.

Covax did reach a major agreement this week for 200 million doses from the Indian vaccine maker Serum Institute, though the company made clear that a large portion of those will go to people in India.

By the end of next year, Gavi estimates, the project will need $5 billion more.

Covax said negotiations to secure vaccines are moving forward despite the lack of funds.

“We are working with the governments who have expressed interest earlier to ensure we receive commitment agreements in the coming days,” Gavi's Aurelia Nguyen, managing director of Covax, said in an email. She added that nothing similar has ever been attempted in public health.

Covax “is a hugely ambitious project,” she said, "but it is the only plan on the table to end the pandemic across the world.”

Still, the project is facing doubts and questions from poor countries and activists over how it will operate and how effective it will be.

Dr. Clemens Auer, who sits on WHO’s executive board and was the EU’s lead negotiator for its vaccine deals, said there is a troubling lack of transparency about how Covax will work.

“We would have no say over the vaccines, the price, the quality, the technical platform or the risks,” Auer said. “This is totally unacceptable.”

He said WHO never consulted countries about its proposed vaccine strategy and called the health agency’s goal of vaccinating the world’s most vulnerable people before anyone else a “noble notion” but politically naive.

As part of Covax, WHO and Gavi have asked for countries to first prioritize front-line health workers, then the elderly, with the goal of vaccinating 20% of the world's population.

One expensive hurdle is that many of the vaccine candidates need to be kept cold from factory to patient, according to internal documents from Gavi. Industry has signaled that “air freight for COVID vaccines will be a major constraint,” and a “significant and urgent ramp-up of cold chain capacity” may be needed.

Another obstacle: Many of the leading vaccine candidates require two doses. That will mean twice as many syringes, twice as much waste disposal, and the complications involved in ensuring patients in remote corners of the world receive the second dose on time and stay free of side effects.

“Because of the fact that we’re looking at trying to get vaccines out as quickly as possible, we’re looking at limited follow-up and efficacy data,” said Gian Gandhi, who runs logistics from UNICEF’s supply division in Copenhagen.

There is also concern that the fear of lawsuits could scuttle deals. According to the internal documents, Gavi told countries that drug companies will probably require assurances that they won't face product liability claims over deaths or other side effects from the vaccine.

Dr. Nakorn Premsi, director of Thailand’s National Vaccine Institute, said officials there are reviewing whether that condition is acceptable. Thailand so far has only signed a nonbinding agreement with Covax.

If anything, some critics say, Gavi isn’t ambitious enough. The pandemic won’t end — and the world can’t reopen its borders — until there is herd immunity well beyond the rich nations that have secured their own doses, said Eric Friedman, a scholar of global health law at Georgetown University who is generally supportive of Covax.

Alicia Yamin, an adjunct lecturer on global health at Harvard University, said she fears the “window is closing” for Covax to prove workable. She said it is disappointing that Gavi, WHO and their partners haven't pushed pharmaceutical companies harder on issues like intellectual property or open licenses, which might make more vaccines available.

With little evidence of such fundamental change in the global health world, Yamin said it's likely that developing countries will have to rely on donated vaccines rather than any equitable allocation program.

“I would say that poor countries probably will not get vaccinated until 2022 or 2023,” Yamin said.

Back in the bubble, Chinese Super League into playoff s ...

When South Korea began its delayed ...

COVID-19 coverage safety net has plenty of holes in US