Russian opposition leader Alexei Navalny, who is recovering in Germany after being poisoned in Russia by a nerve agent, accused Russian President Vladimir Putin of being behind the attack in comments released Thursday.

Navalny's supporters have frequently maintained that such an attack could have only been ordered at the top levels, though the Kremlin has steadfastly denied any involvement in it.

Navalny, a politician and corruption investigator who is Putin’s fiercest critic, was flown to Germany two days after falling ill on Aug. 20 on a domestic flight in Russia. 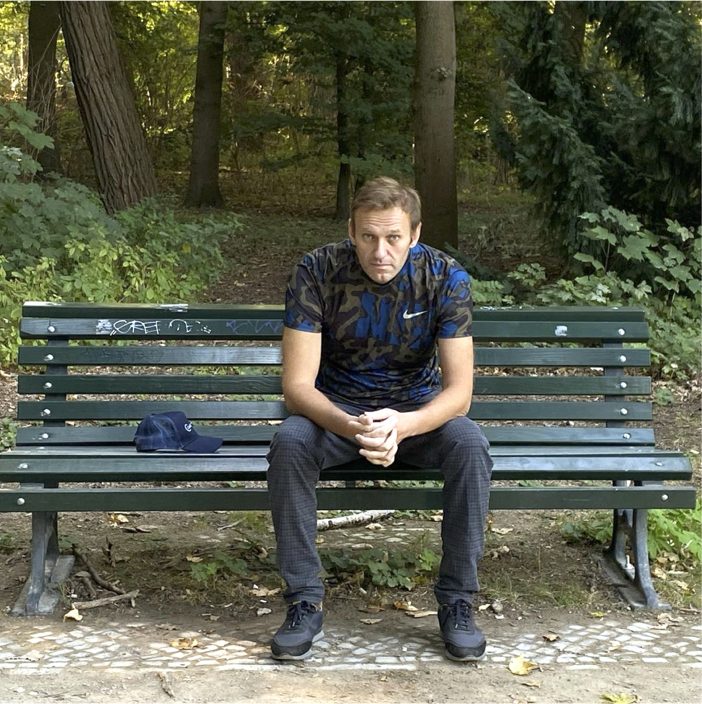 He spent 32 days in the hospital, 24 of them in intensive care, before doctors deemed his condition had improved sufficiently for him to be discharged.

He has posted frequent comments online as his recovery has progressed, but in his first interview since the attack, he told Germany's Der Spiegel magazine that in his mind, “Putin was behind the attack,” in a German translation of his comments.

“I don't have any other versions of how the crime was committed," he said in a brief excerpt of the interview conducted in Berlin on Wednesday and to be released in full online later Thursday. 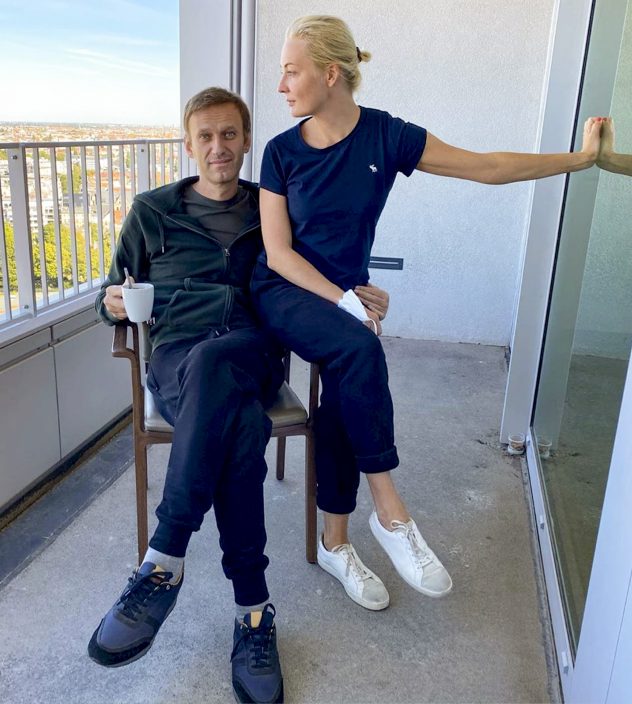 Navalny spent those two days in a coma in a hospital in the Siberian city of Omsk, where Russian doctors said they found no trace of any poisoning, before being transported to Berlin for treatment. German chemical weapons experts determined that he was poisoned with the Soviet-era nerve agent Novichok — findings corroborated by labs in France and Sweden.

The nerve agent used in the attack was the same class of poison that Britain said was used on former Russian spy Sergei Skripal and his daughter in Salisbury, England, in 2018. German Chancellor Angela Merkel called the poisoning an attempted murder and she and other world leaders have demanded that Russia fully investigate the case.

Russia has bristled at the demands for an investigation, saying that Germany needs to share medical data in the case or compare notes with Russian doctors. Germany has noted that Russian doctors have their own samples from Navalny since he was in their care for 48 hours. 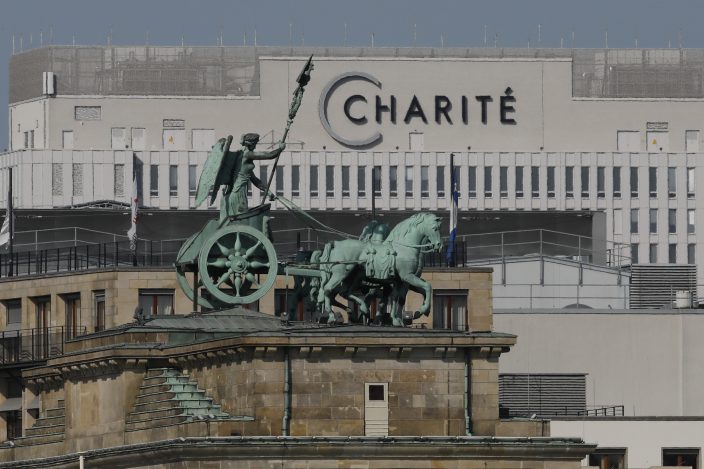 FILE - In this Sept. 14, 2020 file photo, the Quadriga on top of Germany's landmark Brandenburg Gate seen in front of the central Charite building, where Russian opposition leader Alexei Navalny is treated, in Berlin, Germany. The German hospital treating Russian opposition leader Alexei Navalny for poisoning says his condition improved enough for him to be released from the facility. The Charite hospital in Berlin said Wednesday that after 32 days in care, Navalny’s condition “improved sufficiently for him to be discharged from acute inpatient care.” (AP PhotoMarkus Schreiber)

Germany has also enlisted the Hague-based Organization for the Prohibition of Chemical Weapons for technical assistance. The agency has collected independent samples from Navalny for testing, but results haven't yet been announced.

German doctors have said Navalny could make a full recovery, though haven't ruled out the possibility of long-term damage from the nerve agent.

Spiegel said Navalny was joking and alert in the interview with them, though his hands shook so much it was difficult for him to drink from a bottle of water. He also reiterated what his team has previously said — that he planned on returning to Russia when he was able.

“My job now is to remain the guy who isn't scared,” he was quoted as saying. “And I'm not scared.”