Ostapenko won her only major title here in 2017. 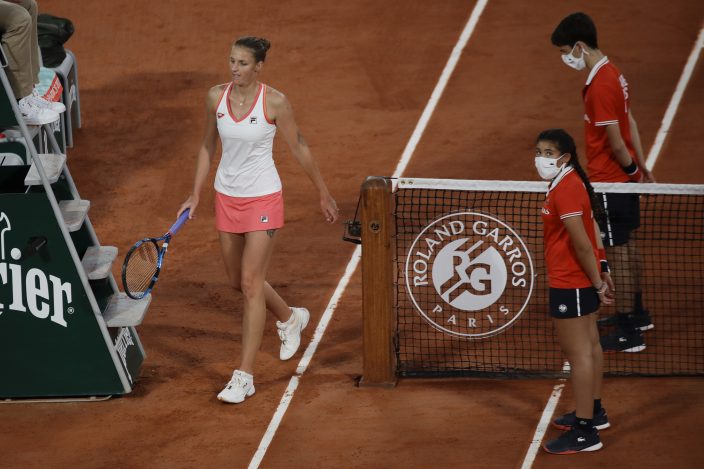 Karolina Pliskova of the Czech Republic walks to her bench during a break in the second round match of the French Open tennis tournament against Latvia's Jelena Ostapenko at the Roland Garros stadium in Paris, France, Thursday, Oct. 1, 2020. (AP PhotoAlessandra Tarantino)

Pliskova reached the semifinals that year and lost to Simona Halep.

There were blue skies over Roland Garros after days of rain but the roof stayed over Court Philippe Chatrier for their match.

Analysis: Debate is brief interlude of normalcy in 2020 ...

The second and final presidential ...