Eden Hazard arrived at Real Madrid as the club's next big star following the exit of Cristiano Ronaldo.

But a year has gone by and the Belgium playmaker, who has had repeated injuries, has not played like the leader he was at Chelsea.

Hazard missed the first three games of the new season, following a debut campaign when Madrid won the Spanish league title without much help from him thanks to Karim Benzema’s goals and Thibaut Courtois’ saves. 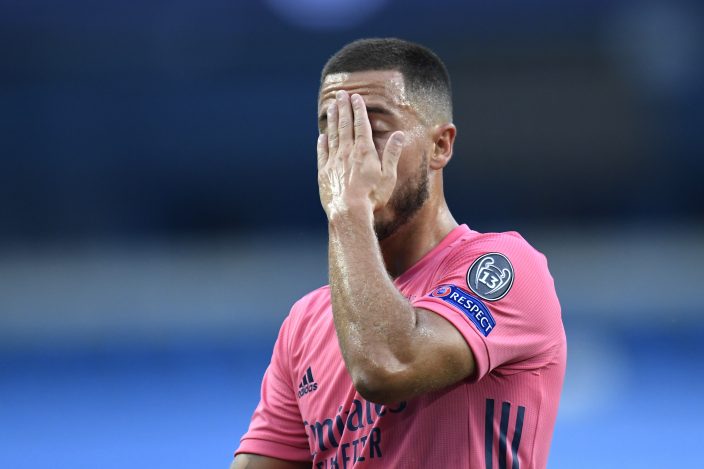 When it looked like he was set to return, Madrid said Wednesday that Hazard had a new muscle injury in his right leg. The club did not give a timetable for his return, but coach Zindine Zidane said it did not look like another major setback.

“He picked up a bit of a knock in training before the game. It looked like a muscle spasm but in the end it turned out to be a bit more than that. It’s something muscular,” Zidane said after Madrid eked out a 1-0 win over Valladolid on Wednesday.

“It’s nothing to do with the injury he’s had and these things happen. He’s been out for a long time. I don’t think this one will be long but I can’t tell you exactly.” 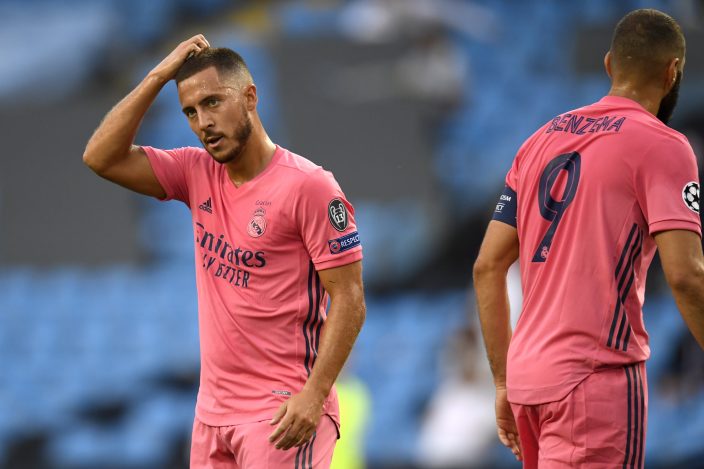 After largely avoiding long injury layoffs in his stint at Chelsea, Hazard was repeatedly hit by leg problems last season. His debut with the club was delayed because of a thigh injury, after he had reported to the team overweight. Then he had two fractures in his lower right leg and other issues throughout the year that kept him from finding his rhythm.

Hazard played in 22 of Madrid’s 51 games in all competitions last season, scoring only one goal, after Madrid paid Chelsea a club record 100 million euros (then $113 million) for him.

The 29-year-old Hazard now faces a critical period at a club that is packed with talent and doesn’t flinch at moving on from players who fail to meet expectations. To accompany Benzema, Zidane has Marco Asensio, Francisco “Isco” Alarcón, Lucas Vázquez, Luka Jovic and young Brazilian duo Vinícius Júnior and Rodrygo Goes already to choose from.

For now, Zidane is staying calm, at least on the surface.

“He’s upset because he was (feeling) all right,” Zidane said about Hazard. “But he’s had a setback and these things can happen. He’s not happy, he knows that it’s not a big thing and we have to take it easy with him. It’s a question of little time, I’m sure.”

Hazard should be fit for ‘clásico’ despite bruised right leg