Four years after they debuted as the next buzzed-about girl group on the K-pop music scene, BLACKPINK's lofty dreams in music have come into fruition. 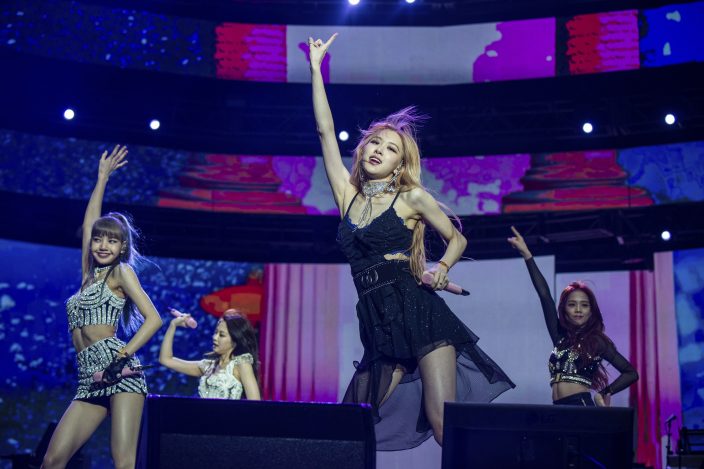 FILE - Lisa, from left, Jennie Kim, Rose, and Jisoo of Blackpink perform at the Coachella Music & Arts Festival in Indio, Calif., on April 12, 2019. The band releases "The Album" on Friday. (Photo by Amy HarrisInvisionAP, File)

Get a verse from Cardi B. Check.

Another major objective: Record their first-full length album after being known for dropping hit single after single to showcase a deeper, more personal side of the group. 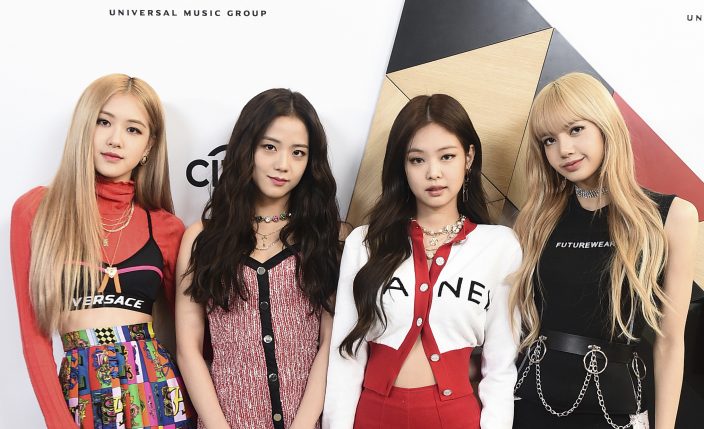 Boldly titled “The Album,” the eight-song project being released Friday highlights all the things BLACKPINK have become known for: fun, big, explosive songs that meshes sounds like pop, electronica, hip-hop, dance and trap.

“We had so many things to take a look into. When it comes to one song, the video, the choreography, the fashion, the visual, everything is just put into one — let’s just times that by how many. We were kind of freaking out at first, but then we have been working for it for a long time,” Jennie, 24, said in an interview with The Associated Press. “It gave us enough time to perfect everything and make it into our own.”

BLACKPINK — which also includes Rosé, Jisoo and Lisa — debuted with the singles “Boombayah” and “Whistle,” which quickly topped the South Korean music charts. They’ve had success with other hits and marked their debut on the Billboard Hot 100 in 2018 with the gold-selling “Ddu-Du Ddu-Du,” which has more than 1 billion views on YouTube, and “Kiss and Make Up,” a collaboration with English hitmaker Dua Lipa. A year later, they nearly cracked the Top 40 with “Kill This Love,” while a pair of their EPs reached the Top 40 on the Billboard 200 albums chart. 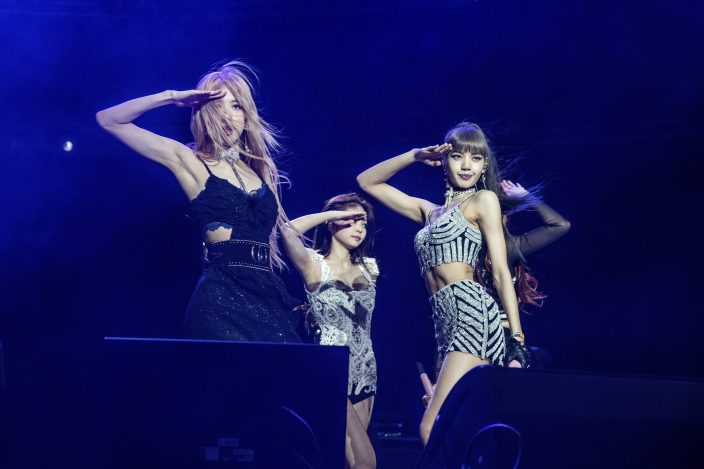 FILE - Rose, from left, Jenni Kim, and Lisa of Blackpink perform at the Coachella Music & Arts Festival in Indio, Calif. on April 12, 2019. The band releases "The Album" on Friday. (Photo by Amy HarrisInvisionAP, File)

They performed on a worldwide tour last year, taking on U.S. arenas like The Forum in Inglewood, California, and Prudential Center in Newark, New Jersey. They became the first K-pop girl group to perform at Coachella when they hit the stage there last year.

Those moments have prepared them for “The Album,” partially recorded during the pandemic. Outside of the big beats and slick choreography, the members wanted to get deep on the songs.

“We feel like we tried to put as many personalities of us as we could in the album. We have some very personal songs; songs that are a little more close to our hearts, that speak our story a little more,” Rosé, 23, said. “Personal songs take a little more to record, definitely. We had to bring our souls into the recording studio. It was us being very vulnerable. We heard that our fans can kind of feel that.” 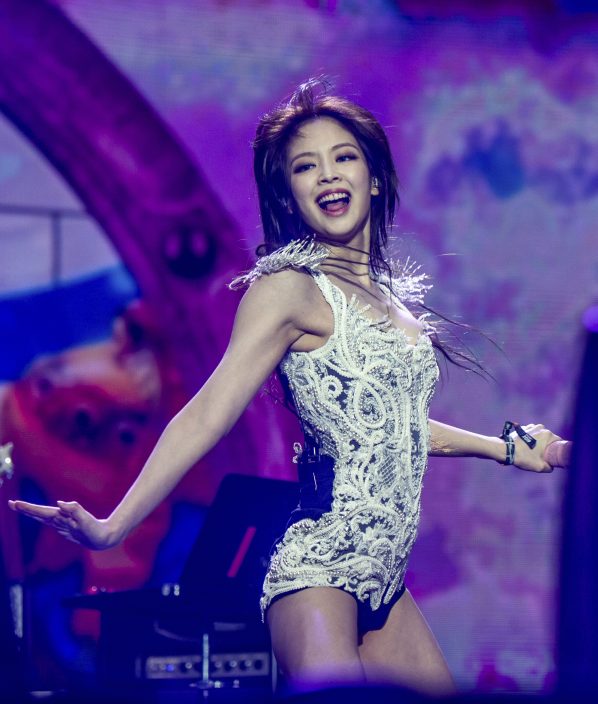 FILE - Jennie Kim of Blackpink performs at the Coachella Music & Arts Festival in Indio, Calif. on April 12, 2019. The band releases "The Album" on Friday. (Photo by Amy HarrisInvisionAP, File)

The in-your-face first single, “How You Like That,” set a record on YouTube for most views within 24 hours for a music video (BTS later broke it); the track won song of summer at the 2020 MTV Video Music Awards; and it became their first Top 40 hit in the U.S., peaking at No. 33. Two months later, second single “Ice Cream,” co-starring Gomez and co-written by Ariana Grande, debuted at No. 13 on the Hot 100.

“She’s like the sweetest girl,” Jennie said of Gomez. “As soon as we were talking about collaborating with someone for ‘Ice Cream,’ we all thought of Selena maybe and then it actually came true and we made it happen.”

Cardi B is featured on “Bet You Wanna,” and the girls couldn’t control themselves when they first heard the Grammy-winning rapper’s verse: “We were screaming. We were literally screaming,” Rosé exclaimed. 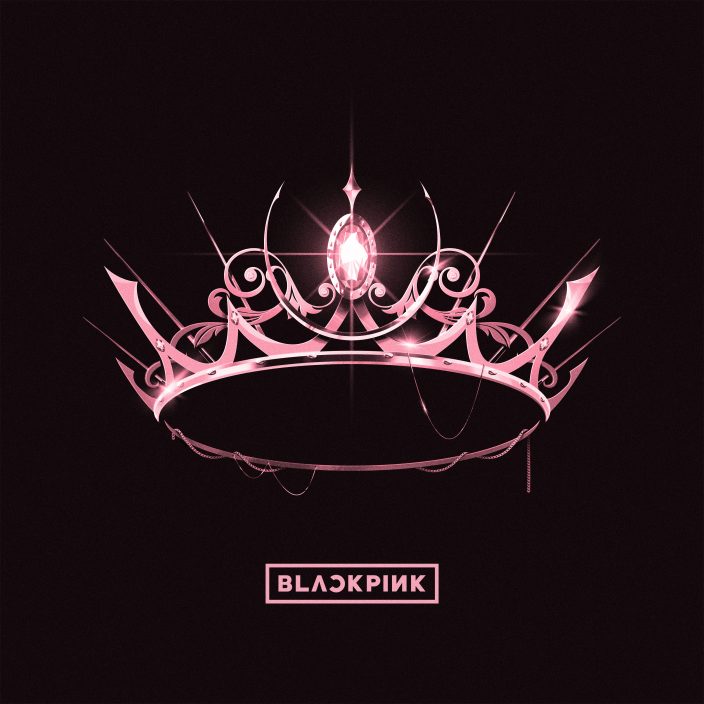 “It was our first time having a rapper feature for our song,” Jennie said. “As soon as we heard the verse we were like, ‘Ah! Cardi B!!!’”

The collaborations with Cardi and Gomez come months after BLACKPINK recorded “Sour Candy” for Gaga’s “Chromatica” album, released in May. 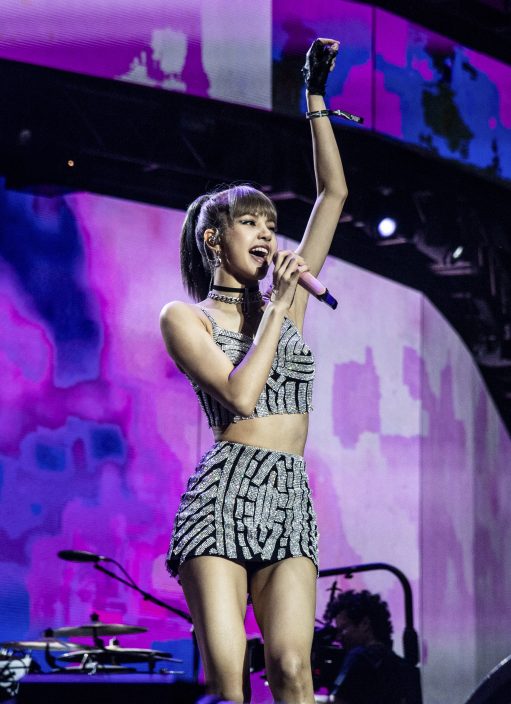 FILE - Lisa of Blackpink performs at the Coachella Music & Arts Festival in Indio, Calif. on April 12, 2019. The band releases "The Album" on Friday. (Photo by Amy HarrisInvisionAP, File)

“She was asking us about our opinions and speaking about the message that she wants to put out in the song,” Jennie chimed in. “We were like, ‘Yes, yes. We’re all there.’”

“The fact that they’re reaching out to us. The fact that they’re featuring us. That move itself kind of speaks to that there are no boundaries and they are willing to create something fun, which we love to do,” Jennie said. “It’s a great feeling and we’re so lucky to be able to make things happen.”

Though BLACKPINK’s rise to fame might have come out of nowhere to some audiences, the performers have trained for years to get to this point. Through South Korean entertainment company YG Entertainment — which launched the 2012 viral and colorful “Gangnam Style" song and video from Korean rapper PSY — each singer auditioned individually as teenagers, spending years in vocal, dance and language training. It’s documented in Netflix’s “BLACKPINK: Light Up the Sky,” the streaming platform’s first K-pop documentary. It will be available Oct. 14.

“We’re very nervous that they get to see those sides of us. It’s very new for us to have cameras in the in-progress stages. We’re always very used to showing our fans the final stages — what we’ve already considered 10 times before releasing anything. Just to have an extra eye in there, more like thousands of new eyes now in the progress, we feel very vulnerable, but excited to share,” Rosé said.

“It’s like the unfiltered version of us,” Jennie added. “It’s the best way we could have shown this to our fans.”

Those die-hard fans — called the BLINKS — have followed the foursome for four years, helping the girls build a strong social media presence around the world.

“How do I give this back? How do I show that we love you guys more than it might seem? We’re very lucky,” Jennie said of their supporters.

Rosé said she’s hoping “The Album” can be a bright spot for their fans in a year full of gloom and doom: “We hope our album can be a little light in your life guys because we love you all and we thank you from the bottom of our hearts.”

The Latest: Obama to return Monday to Georgia and Flori ...

The Latest on the presidential cam ...