Ravens All-Pro cornerback Marlon Humphrey has signed a five-year extension that will keep him with the team through the 2026 season.

Since being drafted by Baltimore with the 16th overall pick in 2017, the former Alabama standout has 150 tackles, eight interceptions, four forced fumbles and three fumble recoveries in 49 games. He was selected to the Pro Bowl and was a first-team All-Pro in 2019 after picking off three passes and returning two fumbles for scores.

“Marlon is the type of player we want in Baltimore,” Ravens general manager Eric DeCosta said after the deal was announced Thursday. “Besides his obvious talents as a playmaking corner, he’s a passionate competitor who craves winning. Marlon has been a stalwart in our community, and we are excited that he’s going to remain with us for seven seasons." 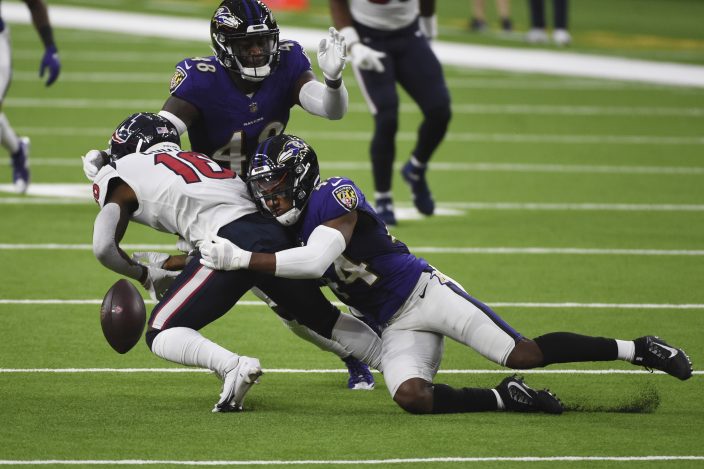 The 24-year-old Humphrey is a key figure in a defense that last year ranked fourth in the league in fewest yards allowed.

“The thing with Marlon, he's one of those players who could play in any era," Ravens defensive coordinator Don Martindale said. “He's got elite cover skills, he's got elite tackling skills and he has a knack of getting the ball off people, and that's contagious with the defense."

Terms of the deal were not disclosed, but Humphrey said the extension wasn't about the money.

“The biggest thing to me was just staying a Raven," he said. “I remember when I first got here, me and (receiver) Chris Moore used to joke around, saying ‘Ravens for life', and it's a very good feeling to actually be one."