K.J. Costello’s record-setting debut with No. 16 Mississippi State will be a tough act to follow. Arkansas counterpart Feleipe Franks is looking for an improved performance and a win.

The quarterback transfers’ prospects Saturday night may ride on their teams’ ability to complement them in other phases during when they meet in Starkville, Mississippi.

The Bulldogs (1-0, 1-0 Southeastern Conference) look to build on their remarkable start under first-year coach Mike Leach and his Air Raid offense. The pass-oriented scheme thrived early and often as Costello passed for 623 yards to upset then-No. 6 and defending national champion LSU 44-34 on the road last weekend. 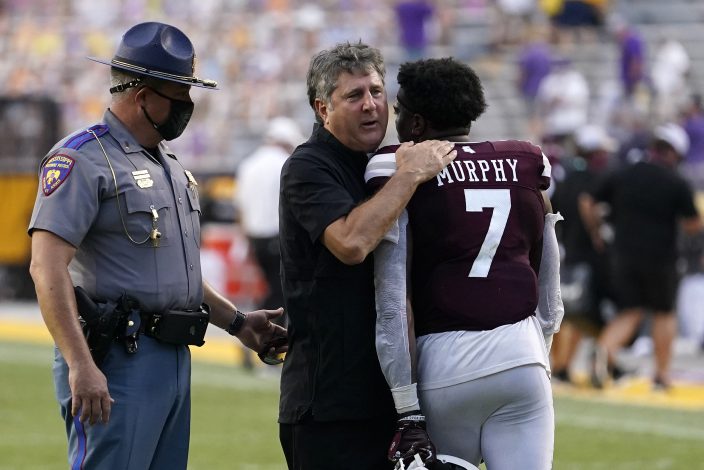 “The biggest thing is just do the same things over and over, but do them better,” Leach said this week. “I feel like we have a long way to go.”

“If we take our foot off the gas, we lose our edge there,” said Costello, who set a SEC single-game yardage record along with school marks with 36 completions and 60 attempts. 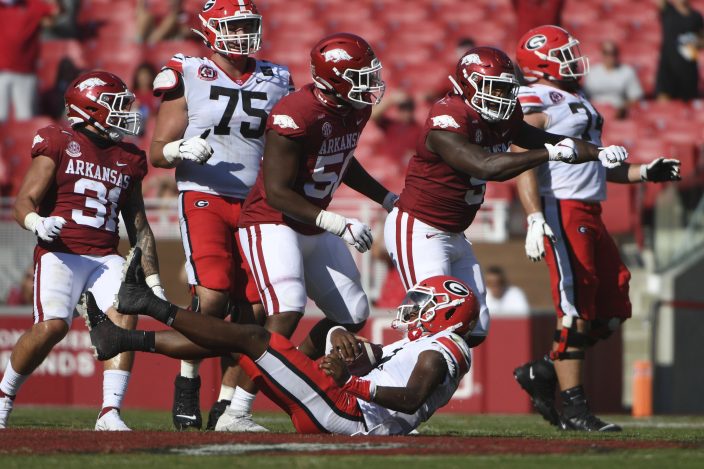 Arkansas led No. 4 Georgia for little more than a half last weekend before the Bulldogs found their groove after a QB change and rolled to win 37-10. Franks, a three-year starter at Florida who transferred after last season, completed 19 of 36 passes for 200 yards and a TD but also threw two interceptions.

That’s not enough for Franks, who won often with the Gators. But he’s driven to gain the consistency needed to end the Hogs’ 20-game SEC losing streak, while Pittman sees hope in his squad leading a ranked opponent. 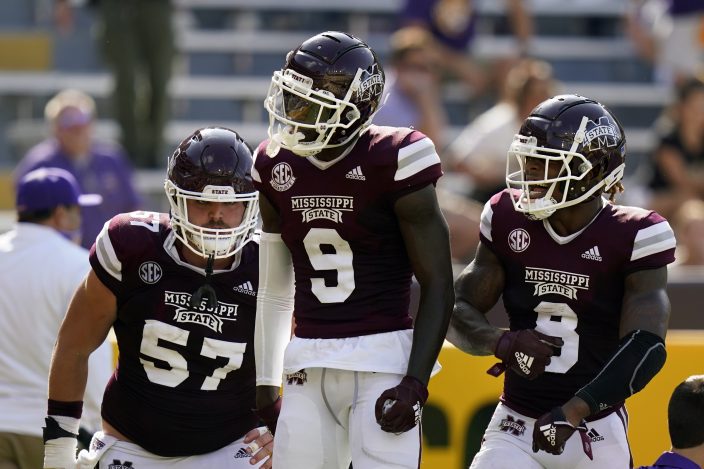 “We have to figure out how to finish a football game,” the coach said this week. “We haven’t won many games in the SEC for a while, so we have to learn how to win and hopefully that’ll come sooner than later.”

Slowing down the Air Raid’s quick pace and short to intermediate throws is one thing. Containing State’s receivers after they catch the ball is another. All but three of running back Kylin Hill’s 158 yards receiving came after the catch and included a 75-yard TD. Teammate Osirus Mitchell gained 96 of his 183 yards after hauling in a pass, illustrating Arkansas’ task. 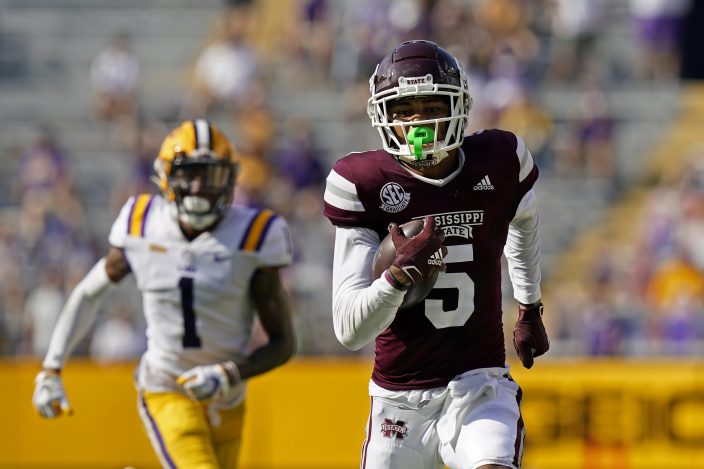 “They’ll take some underneath throws and they’ll take whatever you give them,” Pittman added. “We have to get them on the ground, and we have to disrupt the quarterback.”

Turnovers hurt both teams in their openers, Mississippi State in particular. The Bulldogs committed four at LSU, including an interception returned for a 14-yard TD, that gave the Tigers chances. Georgia returned one of Franks’ interceptions for a TD, leading the Razorbacks to improve pre-snap alignments in practice and allow the QB to focus on defensive reads.

Kylin Hill’s single-game school record for receiving yards by a running back overshadowed his 34 rushing yards on seven carries. Though valuable to the Bulldogs’ air game at LSU, Leach likes options and has indicated his desire to hand off to a runner who gained 1,350 yards last season.

That will be a big priority for the Razorbacks against a defense that racked up seven at LSU. State matched its most in a game since registering seven at Kentucky on Oct. 25, 2014. Arkansas was no slouch against Georgia, racking up three for 31 yards.

Arkansas leads 16-13-1 but has dropped the past three to State by a combined 134-51 margin. The schools have split 14 games in Starkville.