Kansas State went from a season-opening letdown against Arkansas State — at home, no less — to a dramatic, come-from-behind road win over No. 3 Oklahoma.

Good luck figuring out which Wildcats are going to show up this weekend.

After experiencing the highest of highs and lowest of lows, coach Chris Klieman's bunch will return home to face Texas Tech on Saturday trying to establish an even keel. And with the Wildcats (1-1) suddenly in the thick for the Big 12 title race thanks to their win over the Sooners, they understand they can't afford a whiff against the Red Raiders. 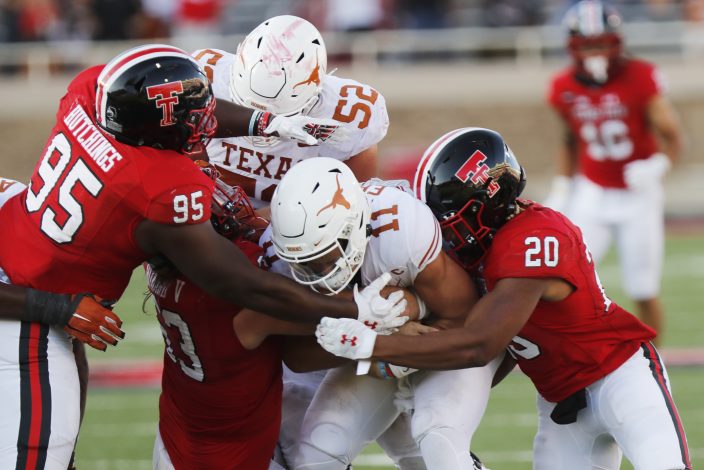 “It has to be sustained,” Klieman said. “We need to do this for the long haul; that's the challenge we made to our guys. We didn't play well in Week 1 and you lose. We played well and played hard in Week 2 and had an opportunity to win. We need to practice, prepare and do things right off the field. We need to do everything we did the previous two weeks and maybe even amp it up a little bit to give ourselves a chance to be successful.”

In this crazy season of COVID-19, doing things off the field is equally as important. The Wildcats were down several players against Oklahoma due to positive tests and contact tracing, and only one or two could be back Saturday.

As for the Red Raiders (1-1), they led eighth-ranked Texas 56-41 in the final minutes with a chance to give new coach Matt Wells his first signature win, only to watch the Longhorns rally for a 63-56 overtime victory. Along the way was a dubious decision to pooch a kickoff in the fourth quarter, their failure to jump on an onside kick and their collapse in the extra session. 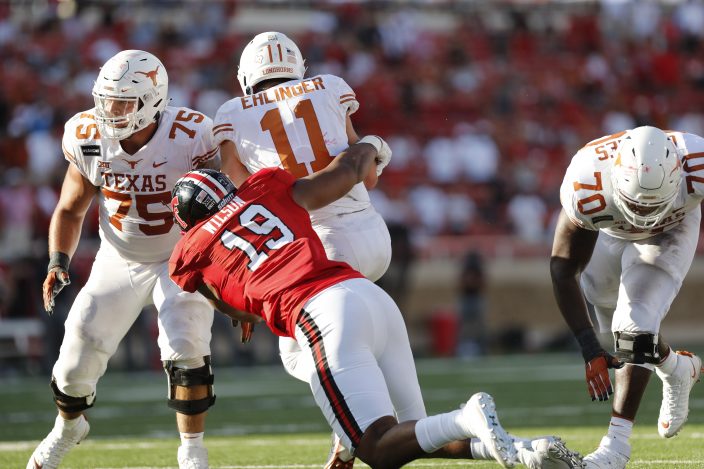 “I think the biggest thing is they are buying in. They are buying into what their assistant coaches are saying in terms of how we practice and they're buying into each other,” Wells said. “And I think they gained confidence through their performance and how they prepared. That got us to the point where we had a chance to win it. Should've, could've but didn't win it, so we have to keep that preparation and team togetherness at the same level."

The hallmark of Texas Tech dating to the days of Mike Leach has been airing it out, and that hasn't changed a whole lot with a new coach. Sophomore quarterback Alan Bowman attempted 52 passes and threw for 331 yards and five scores against Texas, though he also threw three interceptions.

With all the attention on Oklahoma phenom Spencer Rattler, Kansas State quarterback Skylar Thompson quietly carried his team to a victory last week. The gutsy senior threw for 334 yards and a touchdown while adding three TDs on the ground.

“You win big games, you win close games, I think that's the sign of a great quarterback,” Wells said. “The guy, they've had close wins over the last two years. He's been a part of those. You can tell by the tone of my voice I have a lot of respect for him. A very good quarterback and the key to that offense, no question.”

Five-foot-5 running back Deuce Vaughn played much bigger than his stature against Oklahoma, carrying eight times for 45 yards and a TD and catching four passes for 127 yards. He wasn't the only K-State freshman to make an impact, though. Jacardia Wright got some snaps in the backfield and several first-year players had meaningful snaps on defense.

Duke transfer Jacob Morgenstern proved he's more than just a special teams ace against Texas, making five tackles and one for a loss. “I saw him splash,” Wells said. Meanwhile, LSU transfer Eric Monroe played nearly the entire game and was one of the only bright spots in a secondary that was routinely beaten.

One of the big reasons Kansas State rallied against the Sooners was the ability to create turnovers. The Wildcats have put a particular emphasis on it this season and they picked off three passes and recovered a fumble last Saturday. And if you add a fourth down stop and blocked punt, the argument could be made that they forced six of them.

“Turnovers going into every game is big for the defense,” Kansas State defensive tackle Jaylen Pickle said. “We obviously don’t score, so we wanted to give the ball back to the offense and get off the field. So, turnovers were big for us.”