As the end of the European transfer window approaches, several young Brazilian players are still viewed as possible targets for clubs looking for last-minute deals.

One of them has already been called up by Brazil coach Tite for the two opening rounds of the South American World Cup qualifiers in October.

Here are five names to keep an eye on: 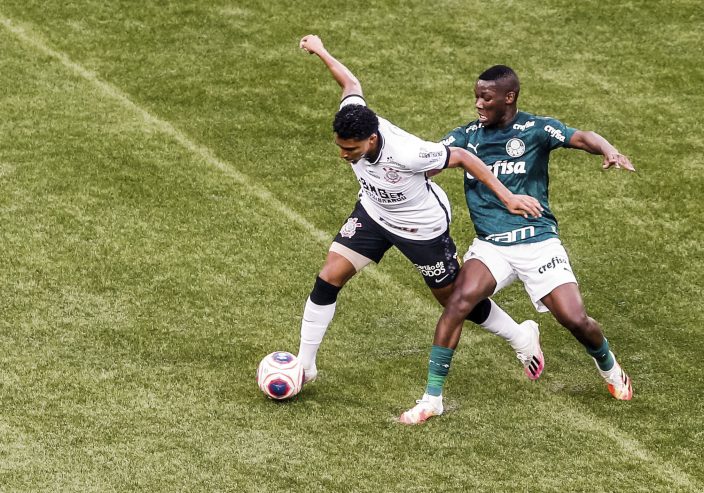 The 20-year-old defensive midfielder can also play as a right-back. That is why Brazil coach Tite included him in the squad for games against Bolivia and Peru next week. He has played more than 20 matches for Palmeiras this season, and helped the team win the Sao Paulo state championship title. Menino's style is reminiscent of Real Madrid's Casemiro, as he excels at both closing down opponents and distributing passes from deep. It is his first year as a professional, but he has reportedly caught the attention of Manchester City. PATRICK DE PAULA

A couple of years ago this box-to-box player was showing his talents in favela championships in Rio de Janeiro, under the nickname “Pelezinho” — or “Little Pelé.” At the age of 21, he is quickly becoming a star for Palmeiras with three goals in 20 matches. De Paula has been compared to two French players: Manchester United's Paul Pogba and Arsenal legend Patrick Vieira. Benfica reportedly offered 10 million euros for him, but his club rejected the bid.

Vasco da Gama's left-winger is only 18 years old, but has already played more than 30 games since last year. Magno started getting opportunities with the Rio-based club after a good spell with Brazil's Under-17 team, including three goals in six matches. This year, he is one of the key players for a team that was expected to fight relegation in the Brazilian championship, but is in fifth place after 11 rounds.

Gremio's 23-year-old winger has filled the void left by Everton, who led Brazil to a Copa America title in 2019 and moved to Benfica in August. Pepe has played 65 matches for the club since 2017, scoring 12 goals. Porto reportedly wants him for 15 million euros, but the Brazilian club wants to keep him until the end of the year. Wolverhampton and Atalanta have also shown interest in the player.

The 22-year-old right-back is one of the reasons Atletico Mineiro leads the Brazilian championship after 11 matches. His attacking style has drawn comparisons to Dani Alves. Guga's name is actually Claudio, but he earned the nickname due to comparisons with former tennis player Gustavo Kuerten. Spartak Moscow was on the verge of signing him for 4.5 million euros in August, but the move did not go ahead.

Chinese manufacturing expands in October but at slower ...