Former PGA champion Jimmy Walker wasn't feeling his best and wasn't sure what to expect, especially after missing two short birdie putts to begin the opening round Thursday in the Sanderson Farms Championship.

It turned out to be his best start in more than two years.

Walker played bogey-free on the fast greens at the Country Club of Jackson for an 8-under 64 to join Charley Hoffman among the early starters. Walker made his eighth and final birdie with a speck of mud on the right side of the ball, trusting the wind with a shot to 2 feet. 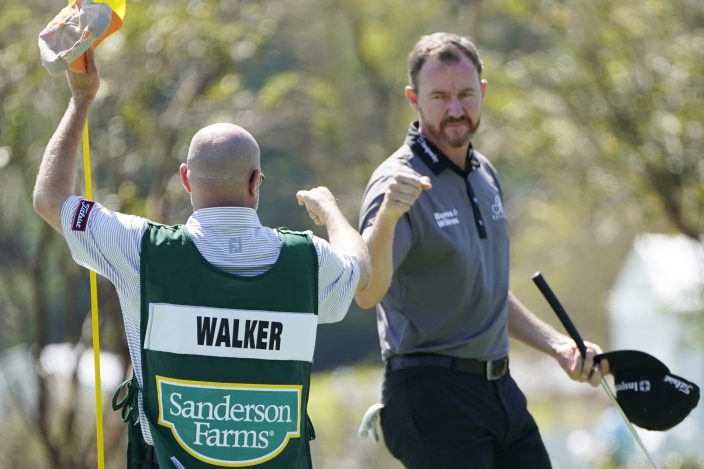 “I was like, ‘We’ll see if I can judge it just right,' and I ended up hitting it like this,” he said, holding his hands a little more than a foot apart. “Finishing that off was pretty nice.”

Hoffman made nine birdies in his round of 64.

Walker hasn't had much go his way since he won the 2016 PGA Championship at Baltusrol. He had Lyme disease the following year that took its toll for more than that season, and he now has gone 88 starts on the PGA Tour without winning since his major title. 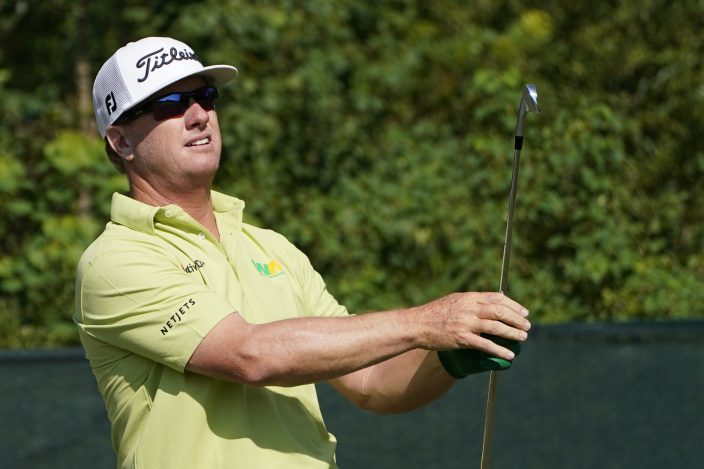 Charley Hoffman watches his drive on the 10th tee during the first round of the Sanderson Farms Championship golf tournament in Jackson, Miss., Thursday, Oct. 1, 2020. (AP PhotoRogelio V. Solis)

More recently, he had tendonitis in his right elbow so bad that it hurt even to remove a club from the bag. Walker got some good work in at home in Texas last week, his physical therapist working with him, and he took it easy during practice leading up to the opening round.

“I’ve always had stuff with my left shoulder, but I just picked up some tendonitis at the U.S. Open,” Walker said. “I just had no strength. But I rested a lot last week, played a few 9-hole rounds with some buddies and came in this week and my physio, we've been banging away on it. And it's feeling better.”

The putter felt better, too. After two short misses, Walker realized he needed to move the ball up slightly in his stance. Then, he started pouring in a collection of 15-footers, one from 25-feet and a par save from 10 feet. 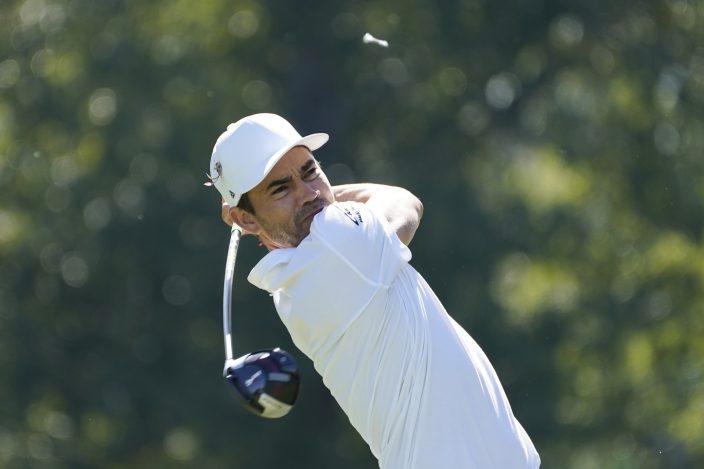 Camilo Villegas of Colombia watches his drive from the ninth tee during the first round of the Sanderson Farms Championship golf tournament in Jackson, Miss., Thursday, Oct. 1, 2020. (AP PhotoRogelio V. Solis)

The last time he started a PGA Tour event with a round this low was a 64 in May 2018 at the AT&T Byron Nelson.

Michhel Gligic of Canada had a 65, while the group at 66 included another former PGA champion, Keegan Bradley, and Anirban Lahiri of India, who got into this tournament only by finishing in the top 10 last week at Punta Cana in the Dominican Republic.

Lahiri gave himself a little extra motivation by booking a seat on the PGA Tour charter flight from the Caribbean, even though he wasn't yet in the Sanderson Farms. And then he had a 64-70 weekend to tie for sixth. 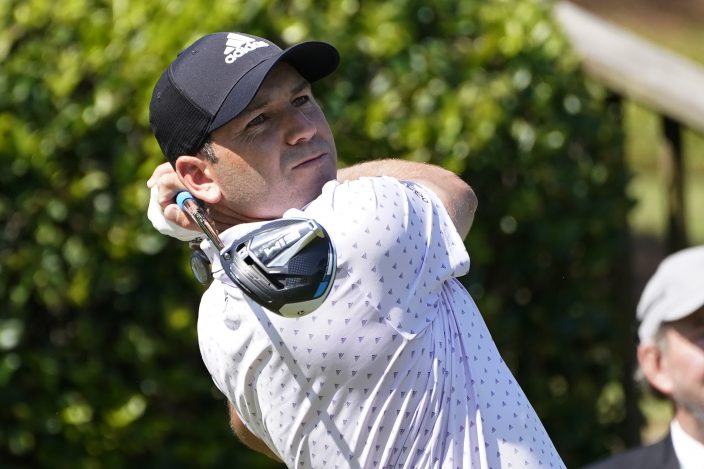 Sergio Garcia of Spain watches his drive from the first tee during the first round of the Sanderson Farms Championship golf tournament in Jackson, Miss., Thursday, Oct. 1, 2020. (AP PhotoRogelio V. Solis)

Sergio Garcia, out of the top 50 in the world for the first time since 2011, made his tournament debut in the afternoon, along with Henrik Stenson.

Stewart Cink opened with a 69 in his first tournament since winning the Safeway Open three weeks ago with his son on the bag, Cink's first victory since he won the British Open at Turnberry in 2009.

Garcia tied for lead going into final round in Mississippi

Bradley leads by 2 shots going into weekend in Mississippi