The White Sox lost slugging outfielder Eloy Jiménez and hard-throwing left-hander Garrett Crochet to injury during a deciding Game 3 of a wild-card series against the Athletics on Thursday.

Jiménez returned to Chicago's lineup for the first time since Sept. 24 but left in the third inning with renewed discomfort in his sprained right foot. Jiménez hit a leadoff double before signaling to the bench that he needed a pinch-runner.

Manager Rick Renteria was late writing his lineup waiting to see whether Jiménez could play. 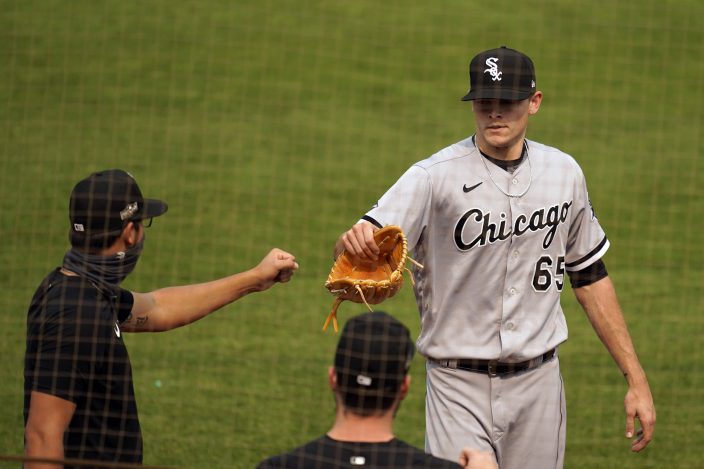 Crochet — the 11th overall pick in this year's amateur draft — relieved fellow rookie starter Dane Dunning in the first. He exited in the second with tightness in his left forearm.

Jiménez went through extensive baseball work Monday and still experienced soreness, keeping him out the initial two in the best-of-three round.

“We’ve got to get a win today. We’ve got to buy him some time,” teammate Tim Anderson said. “That’s another big bat that we’re missing right now.”