The Philadelphia Eagles were down to one healthy wide receiver at practice Thursday.

That left Greg Ward as the only wideout from the active roster on the field catching passes from Carson Wentz. Ward was joined by Deontay Burnett, Travis Fulgham and Marcus Green from the practice squad. Burnett played 39 snaps in a tie against Cincinnati on Sunday and caught three passes for 19 yards. Watkins began practicing this week and is eligible to be activated. 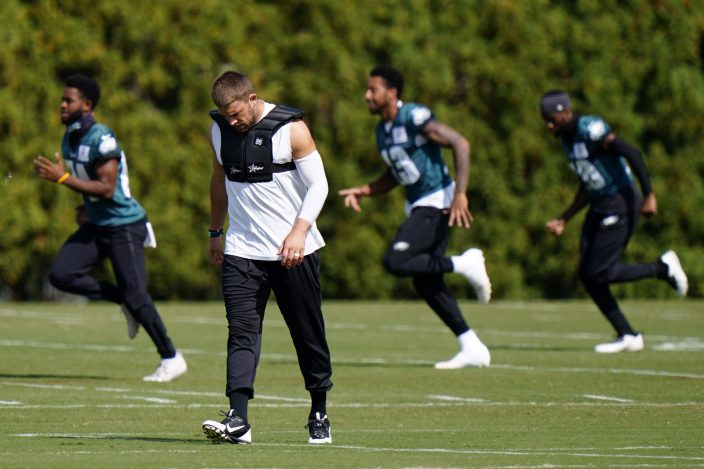 Jackson suffered a hamstring injury against the Bengals and Arcega-Whiteside was limited to 18 snaps because of a calf injury. Hightower didn’t practice Thursday because of an illness.

The Eagles (0-2-1) are also missing tight end Dallas Goedert. He will miss several weeks with an ankle injury.