At first glance, it was certainly surreal. Providence Park, home of the Portland Timbers, was festooned in Vancouver Whitecaps colors.

The electronic advertisements circling the field were for Vancouver's sponsors, not Portland's. But most bizarre was the crowd noise piped into the stadium: those were Whitecaps supporter songs and chants.

Welcome to Providence Park, now home of the Vancouver Whitecaps. 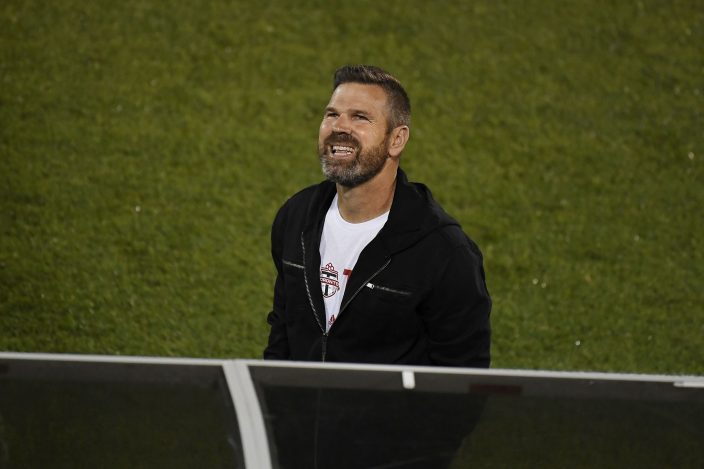 Major League Soccer's Canadian teams have had to move south of the border as the season plays out because of the nation's travel restrictions that require most foreign visitors, including those from the United States, to quarantine for 14 days.

The Whitecaps are staying in Portland for the remainder of the season, with home matches at Providence Park. Toronto FC is playing at Pratt & Whitney Stadium in East Hartford, Connecticut, and the Montreal Impact have set up house at Red Bull Stadium.

While the situation is far from ideal, the teams are trying to make the best of it. Toronto won its opening match at home in Connecticut, 3-1, over the Columbus Crew, the top team in the Eastern Conference. “I think it gives a lot of clarity in terms of direction," Toronto coach Greg Vanney said about settling into the team's new digs. “Obviously we know now what our lifestyle looks like here in Hartford, and in the stadium and the training ground. So a lot of things that were uncertain now start to have some certainty to them, which is always important.”

The Reds will play five of their nine remaining games at Pratt & Whitney.

After the MLS is Back tournament in a bubble at Walt Disney World this summer, the teams returned home to play out the regular season in local markets.

But the Canadian teams were hampered by those travel restrictions, which were prompted by the high number of cases in the United States. When the season resumed, the three teams played a series of matches against each other before a longer-term solution could be reached.

The Whitecaps spent part of the preseason training in Portland in February, so the move to Portland seemed like the best option. The team is training at the University of Portland and staying at a local hotel.

Essentially, they're back in a bubble.

“It's not home, it will never be home,” Whitecaps coach Marc Dos Santos said. "It's very new and uncomfortable to be two months away and to be away from our families, to be away from our kids, to not being home. But I would say this is the closest to home that it could get."

In a strange twist, the Whitecaps first “home” match in Oregon was against the actual home team. The Timbers won 1-0.

“At the end of the day, when you're on the field, playing in their stadium against them, even if it's empty, you're not playing home," Dos Santos said. "That's just the reality of what happened with us with COVID-19. The same way if the Montreal Impact is playing the New York Red Bulls at Red Bull Arena. It's not a home game. It's a game in New York against the Red Bulls."

It was equally odd for the Timbers, who kept their own locker room. Nothing at all like a road game.

“There were some things that felt very strange — seeing the blue colors around the walls and their sponsors,” Portland coach Giovanni Savarese said. “It definitely gave a strange sensation, but we know Providence Park and this is our home, so any opportunity we have to be able to play here is always good.”

The Impact played its first home match at Red Bull Arena on Sept. 20, losing 4-1 to the Philadelphia Union. Montreal plays five of its last nine regular season games at the stadium in Harrison, New Jersey.

Impact coach Thierry Henry said teams simply have no choice but to adapt in the year of the coronavirus.