Atlanta’s Julio Jones and Green Bay’s Davante Adams are practicing again after sitting out games over the weekend, but both teams have additional receivers dealing with injuries leading up to their Monday night matchup.

Neither Atlanta’s Calvin Ridley nor Green Bay’s Allen Lazard practiced Thursday. Ridley has an ankle problem while Lazard has a core injury.

Both players had big games Sunday while Jones and Adams were sidelined. Lazard caught six passes for 146 yards and a touchdown as the Packers won 37-30 at New Orleans. Ridley had five receptions for 110 yards in Atlanta’s 30-26 loss to Chicago. 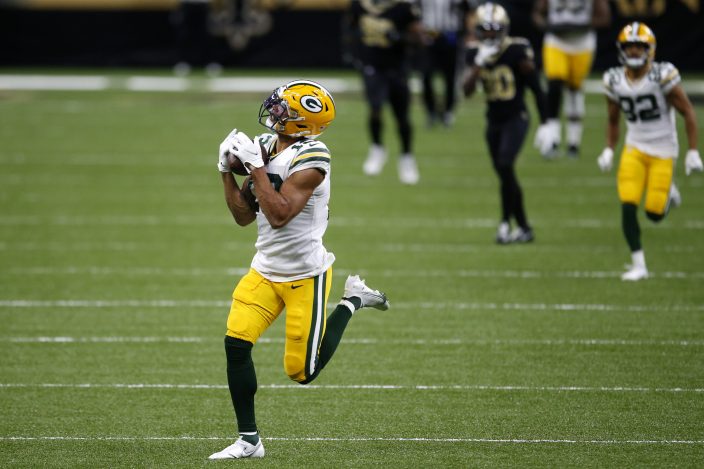 Ridley has 349 yards receiving to rank second in the NFL — behind only Arizona’s DeAndre Hopkins. His four touchdown catches match Tampa Bay’s Mike Evans and Seattle’s Tyler Lockett for the NFL lead.

Adams and Jones both practiced on a limited basis Thursday as they recover from hamstring injuries. Adams said Wednesday that he’s “feeling a lot better this week than last week” but added that his return to practice didn’t necessarily mean he’d be available for Monday’s game.

“I will be making sure I feel normal — like before it happened —before I step out there,” Adams said. “So we’re doing our thing to make sure that that’s the case.” 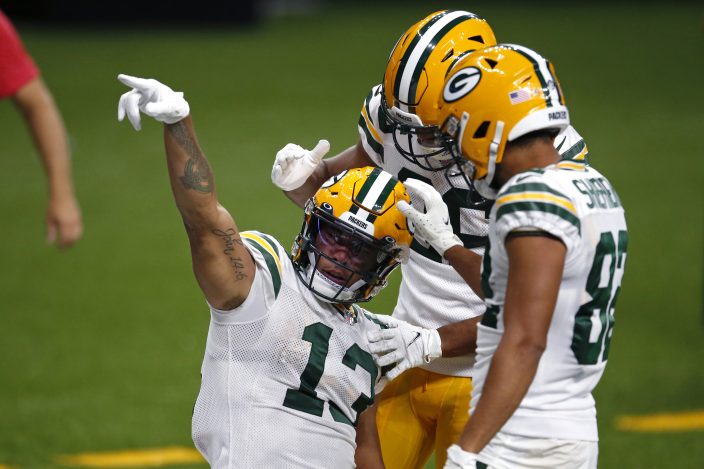 Green Bay Packers wide receiver Allen Lazard (13) reacts after a 72 year pass completion setting up a touchdown in the second half of an NFL football game against the New Orleans Saints in New Orleans, Sunday, Sept. 27, 2020. (AP PhotoButch Dill)

The Packers have addressed the injuries in their receiving group this week by signing Juwann Winfree and Caleb Scott to the practice squad.

Scott, a 2018 undrafted free agent from Vanderbilt, was released by the Seattle Seahawks at the start of training camp. Winfree, a 2019 sixth-round pick from Colorado, played three games for the Denver Broncos last year before going on injured reserve.

The Packers got some good news on defense Thursday as tackle Kenny Clark was a limited practice participant. Clark has missed Green Bay’s past two games with a groin injury. 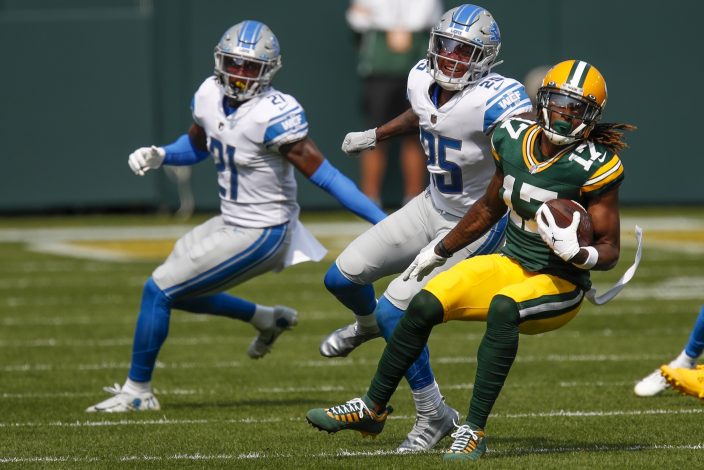 Green Bay Packers' Davante Adams tries to get away from Detroit Lions' Will Harris during the first half of an NFL football game Sunday, Sept. 20, 2020, in Green Bay, Wis. (AP PhotoMatt Ludtke) 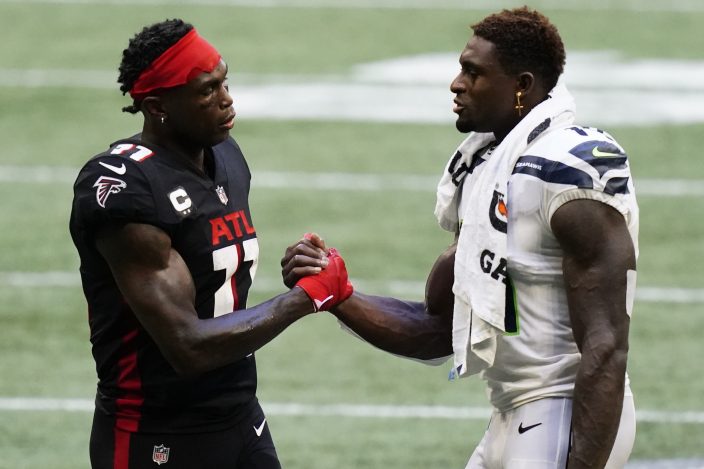