The competing pro-independence parties in Catalonia’s ruling coalition say they refuse to put forward a joint candidate to replace Torra, as a way to protest their leader’s removal, while parties opposing secession lack a majority to elect a successor.

In an interview with RAC1 radio, Torrent said that, without a candidate with “real expectations of winning an investiture debate,” he will call an election for Feb. 14 according to parliamentary rules. 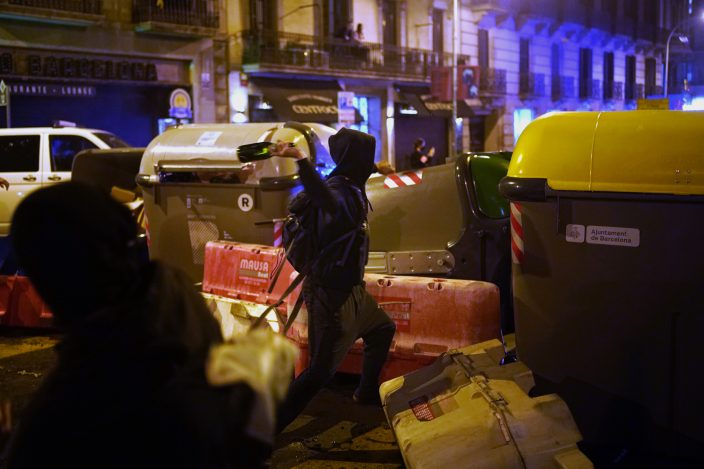 Torra earlier this week became the third Catalan regional president in four years to lose his position while involved in legal cases linked to the push for independence in the region. A Supreme Court ruling barred him from public office for disobeying the country’s electoral law in 2019 when he displayed banners in a public building calling for the freedom of imprisoned Catalan separatists.

In his farewell speech, he called on voters to advance the cause of separatism by turning the regional ballot to choose his replacement into a plebiscite on the region’s independence from Spain.

Polls and election results show that the 7.5 million residents of Catalonia, a wealthy northeastern region, are roughly equally split on the secession question. 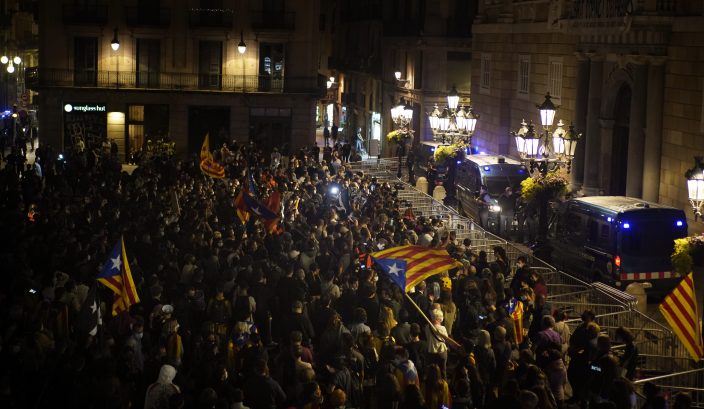 On Thursday, hundreds of independence supporters took to the streets in Barcelona to mark the third anniversary of a disputed independence referendum that caused Spain's deepest political crisis in decades.

The regional police said that at least 18 people were detained and one police officer injured in clashes after the largely peaceful protest was followed by some protesters burning trash bins. 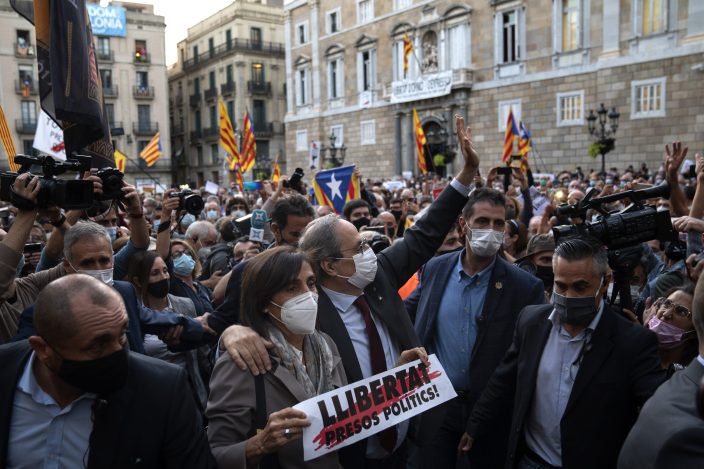 Catalonia's outgoing regional president, Quim Torra, is surrounded by Catalan pro-independence demonstrators as he leaves the Generalitat Palace in Barcelona, Spain on Monday, Sept. 28, 2020. Spain's Supreme Court has barred Catalonia's regional president from his office for refusing to remove a banner calling for the release of separatist leaders from prison that was displayed on a public building ahead of the 2019 general election (AP PhotoEmilio Morenatti)