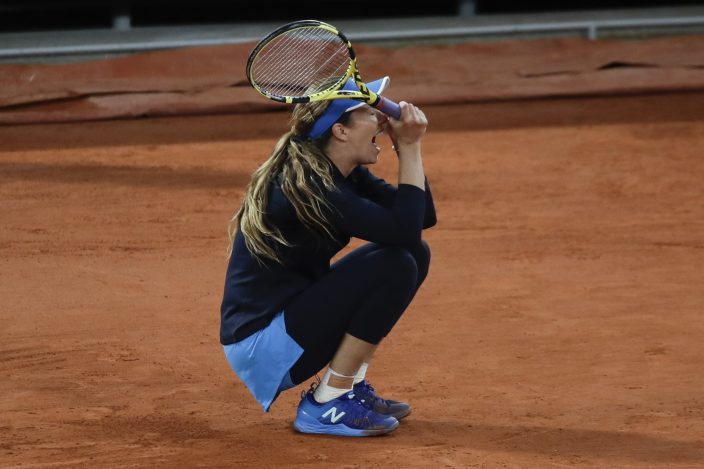 The unseeded Collins next faces No. 4 Sofia Kenin in an all-American contest.

Collins looked in control at 3-0 up in the second set but her Tunisian opponent won five straight games.

Jabeur reached the Australian Open quarterfinals this year. This was her best run at the French Open while Collins had never previously been past the second round here. 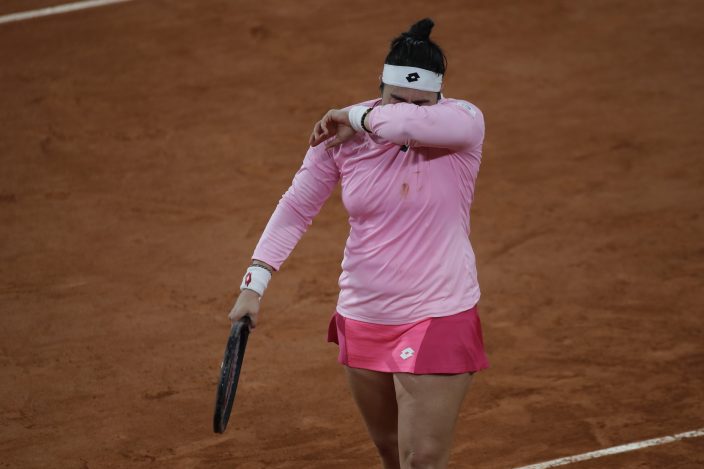 Tunisia's Ons Jabeur reacts after missing a shot against Danielle Collins of the U.S. in the fourth round match of the French Open tennis tournament at the Roland Garros stadium in Paris, France, Tuesday, Oct. 6, 2020. (AP PhotoAlessandra Tarantino)

Collins could reach her second semifinal at a major tournament after last year's Australian Open.